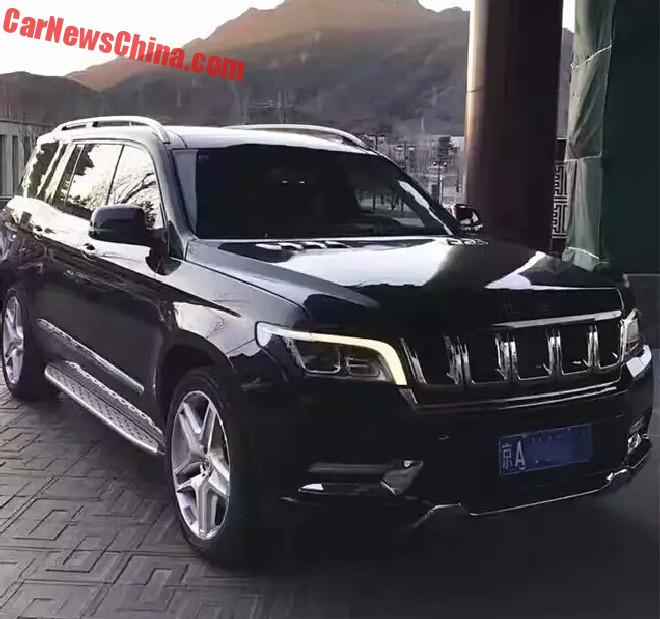 New developments in the story of the Beijing Auto BJ90, a car that has been looking ready for the Chinese car market for a very long time but still hasn’t been launched. We have a lot of new photos, the first set showing a black example at a hotel in the mountains near Beijing with blue Beijing license plates.

That should not be possible. A car that isn’t officially launched can’t get plates; period. They are not test-car plates either, those look very different. It could be a car from a Beijing Auto big-wit. The company is largely owned by the Beijing city government, and I guess they can find any plate if they need one. 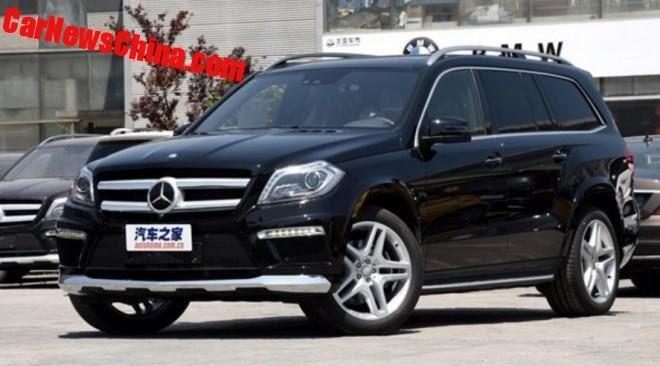 Interestingly, BAW doesn’t really seem to ‘make’ the BJ90. We have seen photos of a parking lot at the factory filled to the absolute max with GL-Class cars. It appears that BAW just changes body panels, parts of the dashboard, rear seats, and badges, and leaves it at that. This is not uncommon in China, Hongqi for example created the CA7460 in exactly the same way. 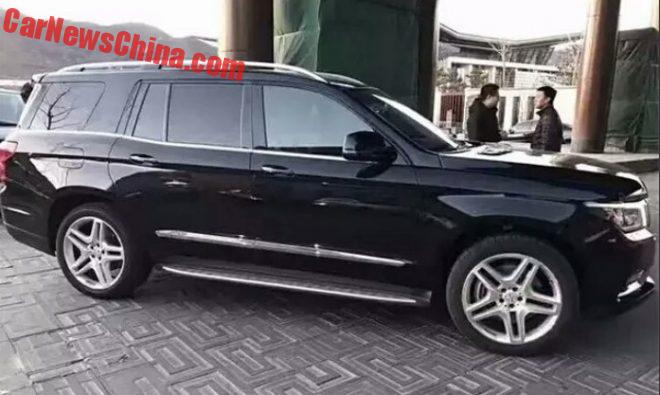 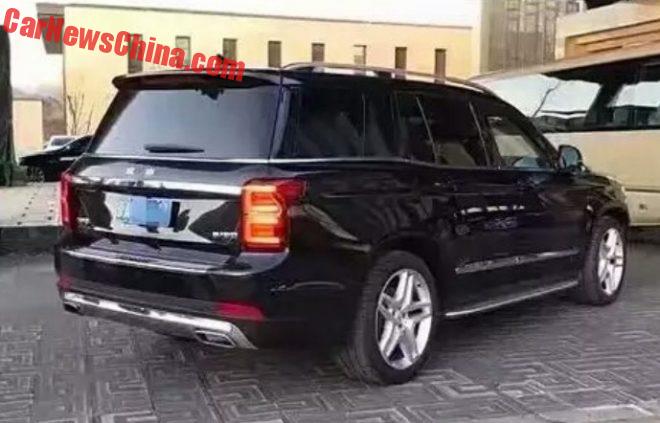 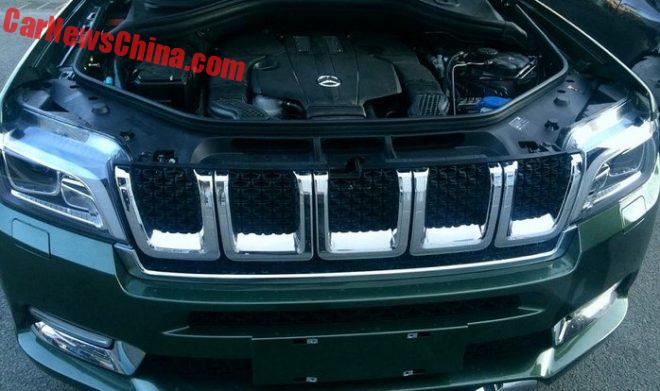 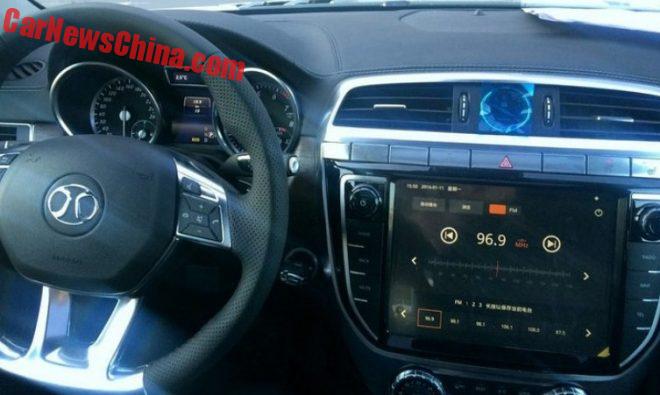 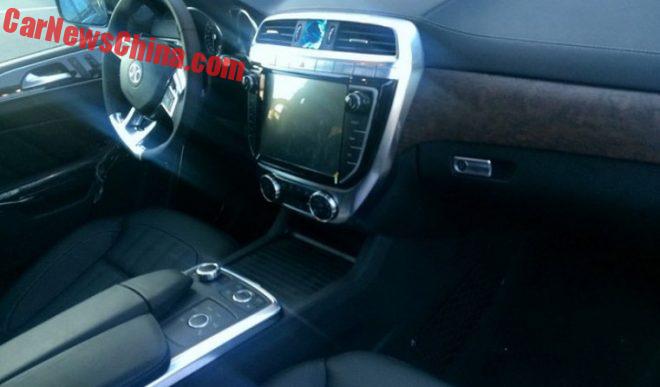 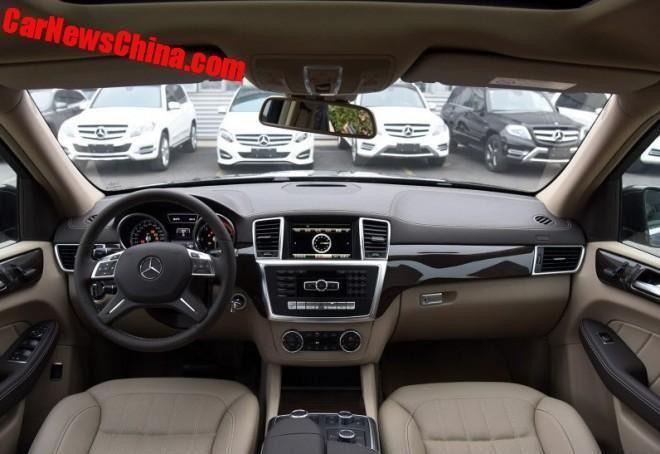 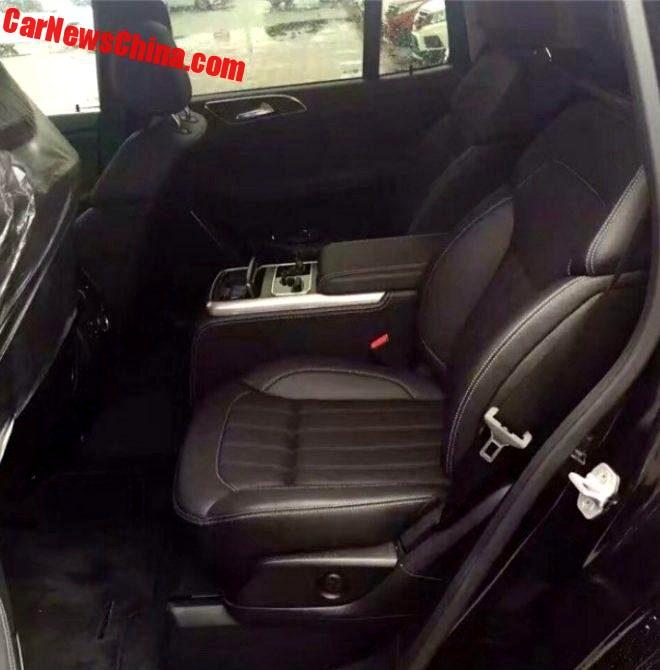 BAW did make some changes in the back, replacing the bench with two captain seats and a fixed armrest. 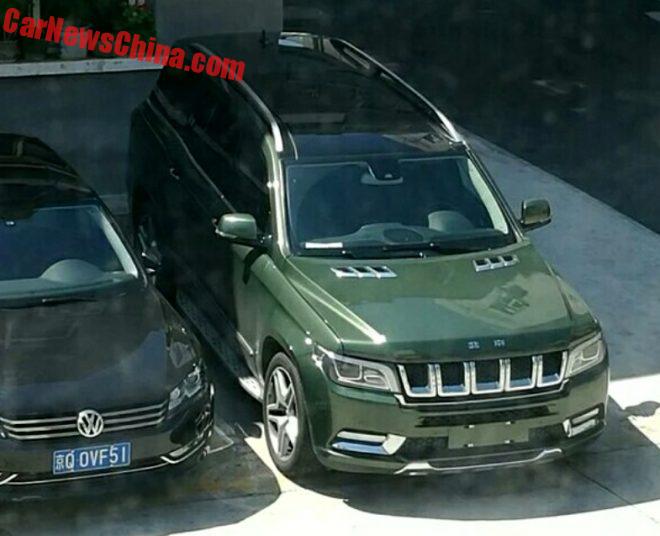 The next set of photos was taken in a residential compound, showing a green example. 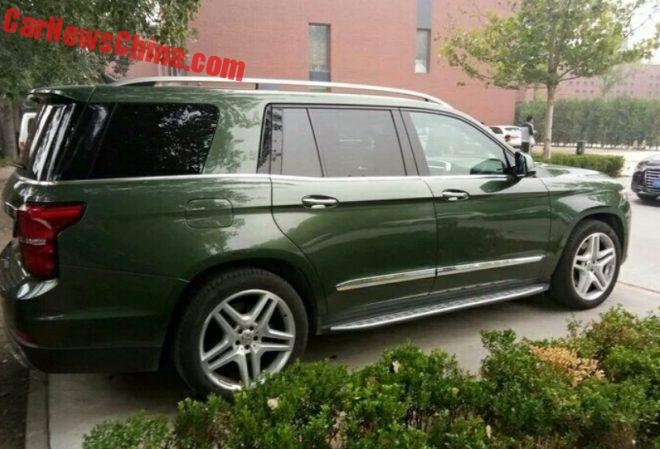 It is not a bad looking car but if they wait any longer it will start to look outdated. Earlier on we heard rumors that the BJ90 was going to be a car for military VIPs only. The generals are now mostly transported in the Mercedes G-Class, and it was said that the government wanted a Chinese alternative.

That is a possibility. The government is well known for such vanity projects. But how Chinese is the BJ90? It is just a Benz really, with a few new panels and new badges. However, it is the perception that matters here. People will see it and think it is Chinese. That is usually enough for the gov. 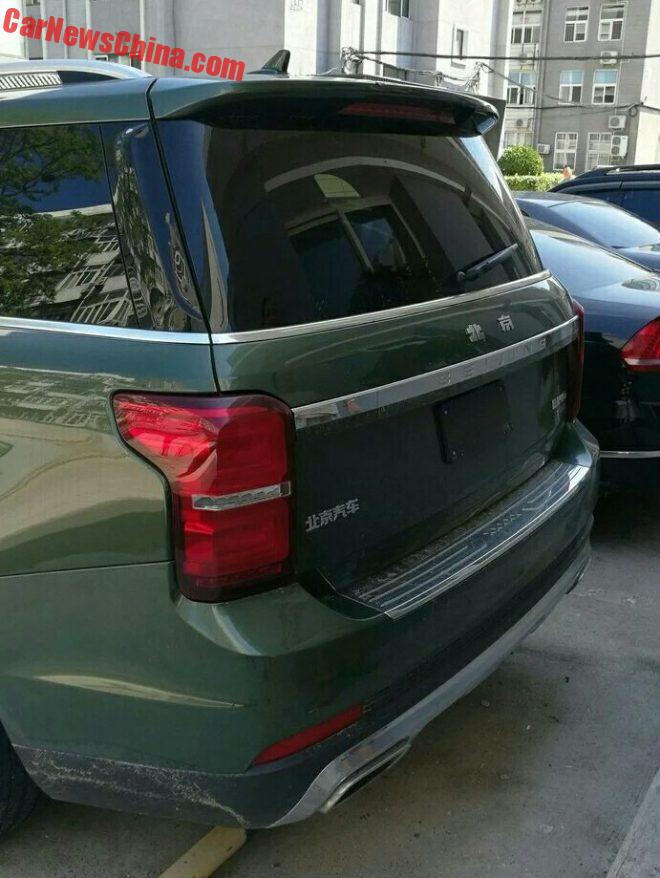 Beijing Auto badge on the lower-left, Beijing badge in the middle under the window. Cars that are made by BAW are usually sold under the ‘Beijing’ brand, so the full name of this fine car is the Beijing Auto Beijing BJ90. 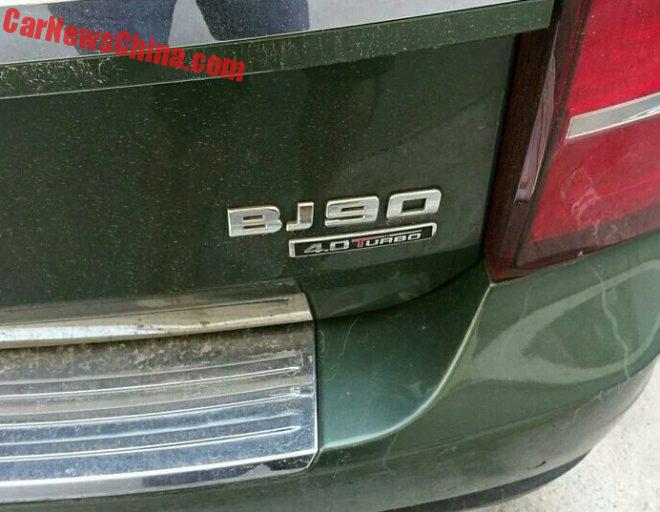 First time we see this very pretty turbo badge with a red T.