Spotted In China: C5 Audi A6 Allroad Quattro In Red 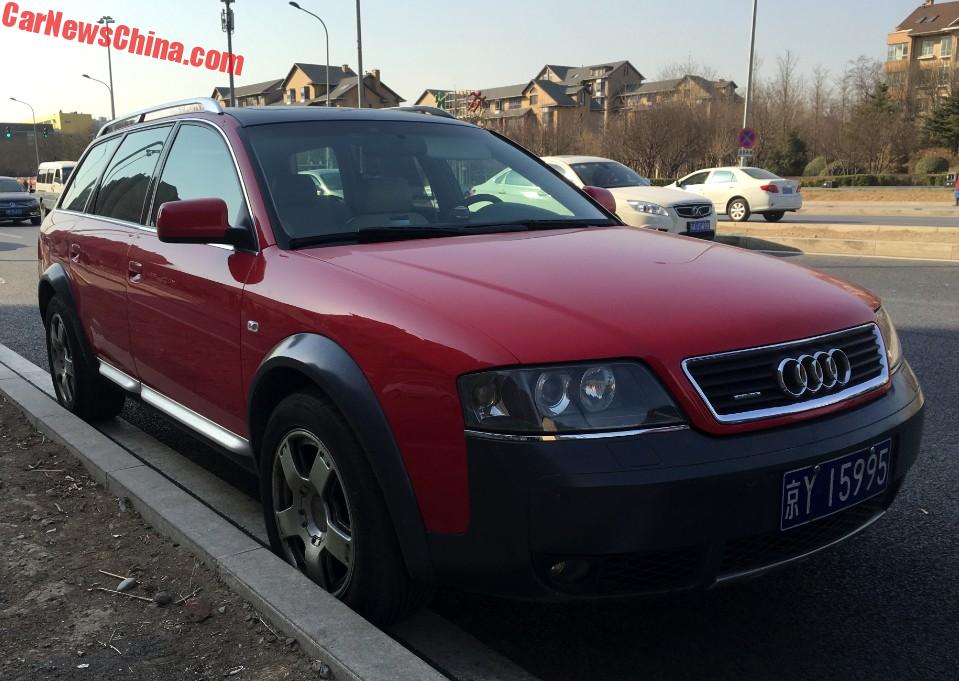 A perfectly fine Audi A6 Allroad Quattro, Spotted in China in Dongba in the far east of Beijing. The good ‘Di is in perfect shape and painted in fiery red. That is a great color for this great wagon, and rare too, most Allroads were painted in silver or in darker schemes. The vehicle was completely original down until the alloys and up until the roof rails. 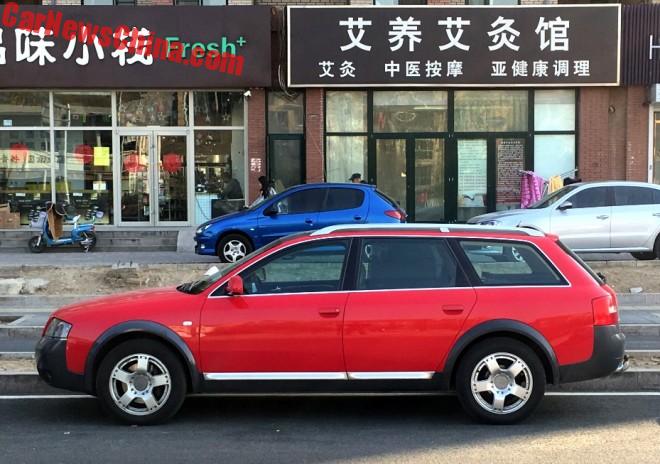 There Audi is the only thing on this photo, red color burns the rest of the world away.

The Audi Allroad Quattro, as it was officially called, was based on the second generation C5 Typ4B Audi A6 Avant. The Allroad was manufactured from 1999 until 2005. It featured an air suspension system, increased ground clearance, large wheels with all-terrain tires, and permanent four-wheel drive. 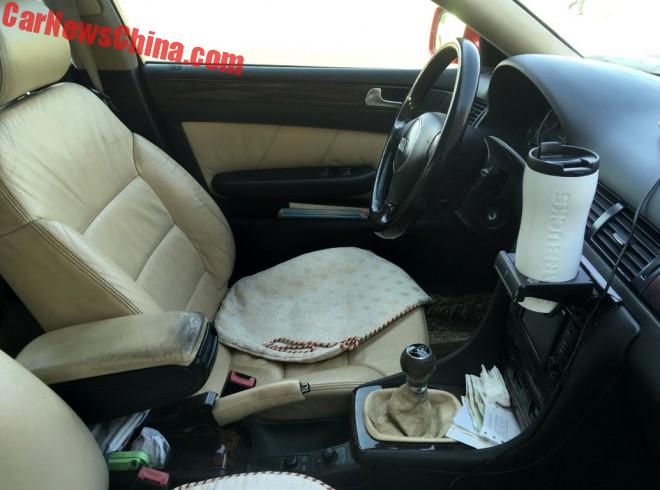 The interior is in good shape too, black dash with beige seats and wood inlay in doors and dash. Leather is a little bit worn out. Seat pillows are an after-market addition. Big Starbucks mug in the cup holder.

The Allroad was available with various engines, including a 2.5 liter diesel and a 4.2 liter V8. This red Beijing car has the most common engine under the bonnet, the 2.7 liter twin-turbocharged V6 with an output of 250hp and 250nm, mated to a… to a… five speed manual gearbox! Now that is rare indeed. Every single Allroad I have seen in China had an automatic, including the silver one I met last year. Brilliant! 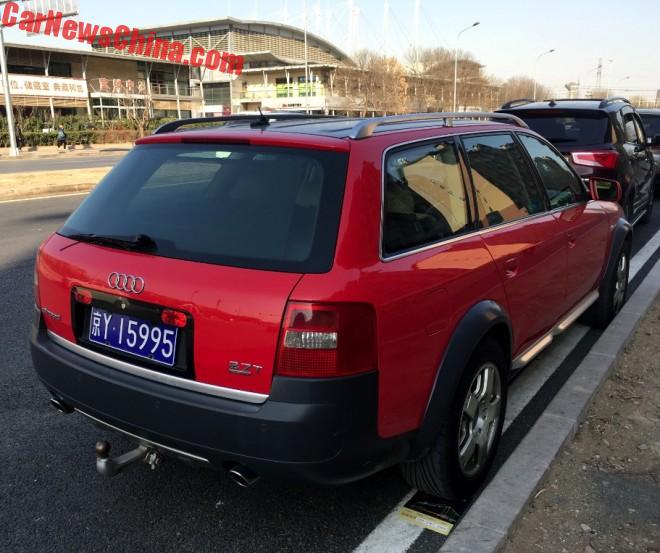 The license plate appears to be as old as the car and it has the interesting sequence 15995. A rather large tow hook in the middle, flanked by a round tail pipe on each side. 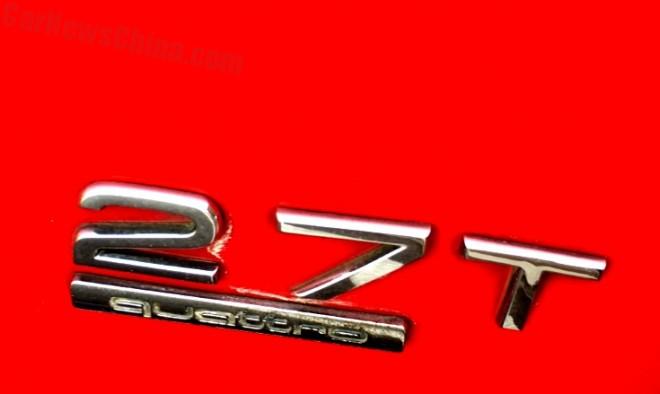 The beautiful 27T quattro badge. What a good Audi and what a good car, may she set the streets of the capital on fire for a long time a coming.