Eye To Eye With The Beijing Auto EC180 EV 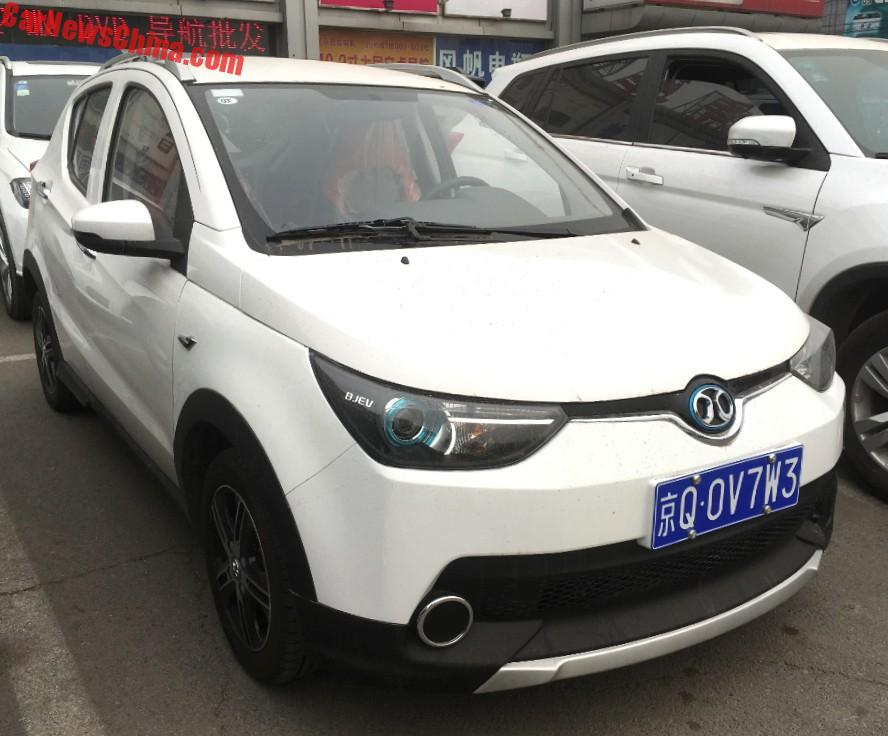 The Beijing Auto EC180 is a popular small electric crossover for China. I met this dusty white example on a parking lot in the south of the capital. It comes with crossy things like black wheel arches, black bumpers, mud guards fore and aft, and proper roof rails. It also has blue lights lenses and a blue badge. 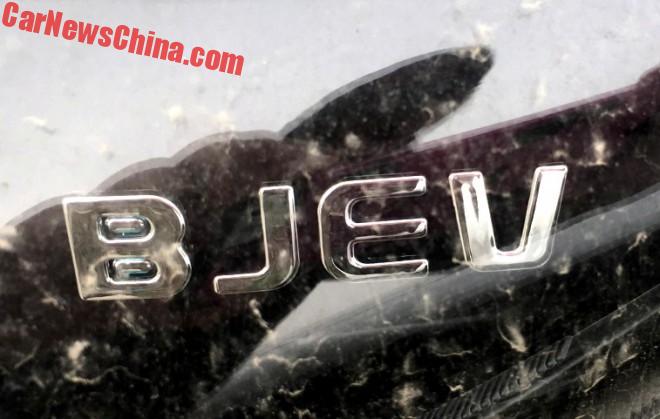 BJEV badge in the headlights.

The EC180 is manufactured by BAIC BJEV, a subsidiary of the Beijing Auto Industry Corporation (BAIC). BAIC only owns 60% of he company. The other 40% of the shares are divided among other shareholders. 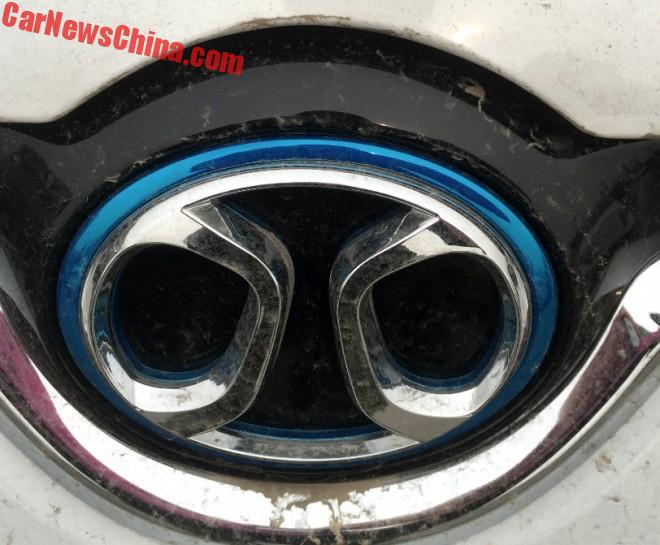 Blue is the color of green cars in China. Dust might look very serious, but this is really just a two-day layer. Beijing is very dusty. 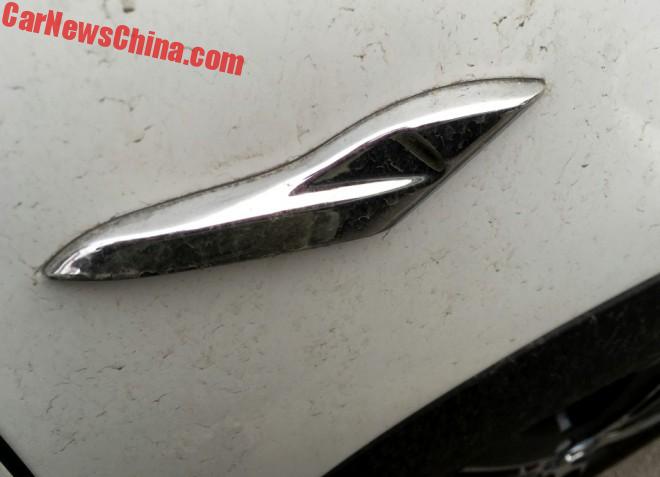 An interesting artifact of sort on the front fender. 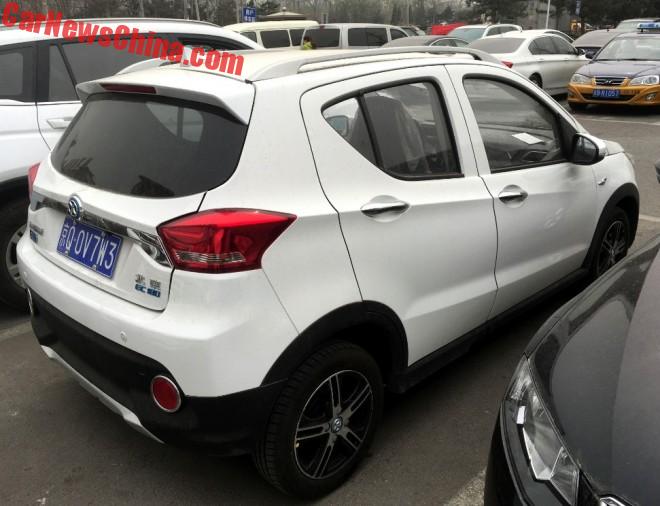 Window spoiler and round fog lights in the bumper.

Price including subsidies starts at 49.800 yuan and ends at 55.800 yuan, making it one the cheapest four-door five-seat electric cars on the market. Power comes from an electric motor with 41hp and 140nm, mated to a 20.3 kWh battery pack. Range is 180 kilometers, hence the EC180 name.

However, when measured by the strict European NEDC standard range shrinks to 156 kilometers, according to the company. Nice to see they are honest about that, very unusual in China. Top speed is 100 kilometers per hour and a full charge on 220V takes seven hours. 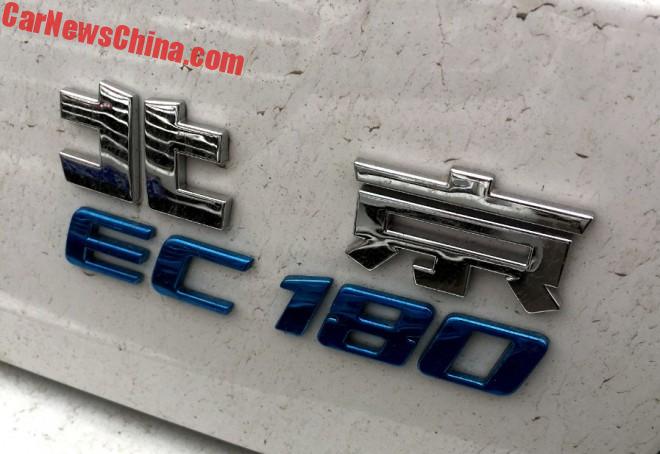 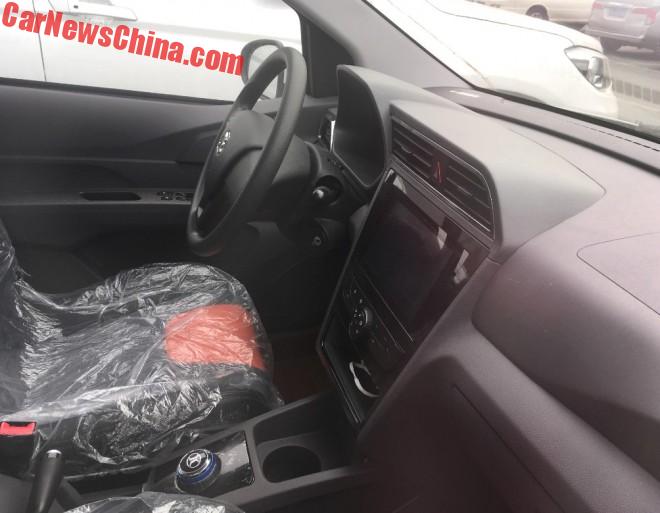 The interior is rather dark and gray for a Chinese EV in this segment. Most competing cars are more colorful inside, but the red seats help a bit.

The touch screen measures a proper 10 inch. The infotainment system is fitted with Baidu CarLife and communication software called C-Car. Drive selector on the center console, just behind the single cup holder. Handbrake with a cool t-shaped handle. 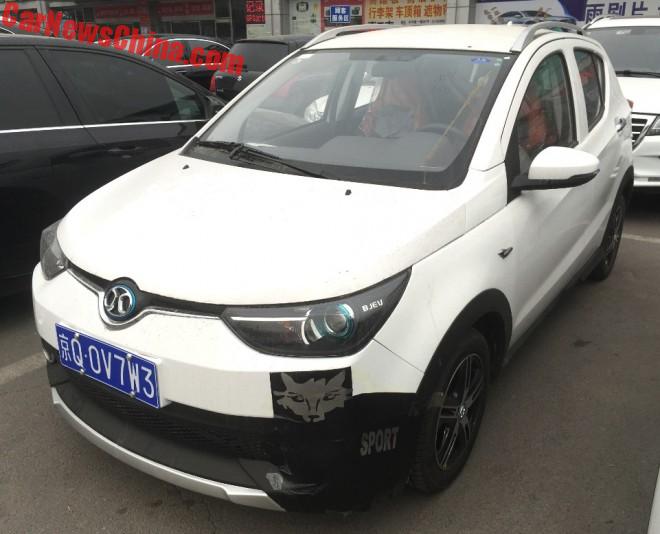 The vehicle must have been very new but it already had a damaged bumper, covered up with black plastic and a fox.