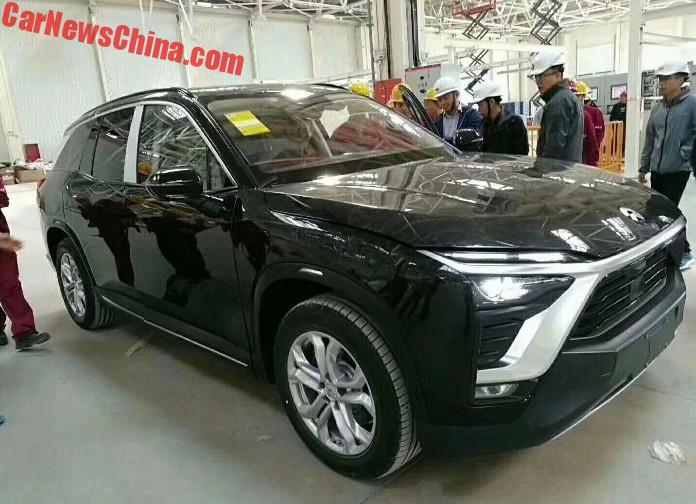 New photos of the NIO ES8 electric SUV. The final production car will debut on the Guangzhou Auto Show in November and launch on the Chinese car market in Q1 2018. 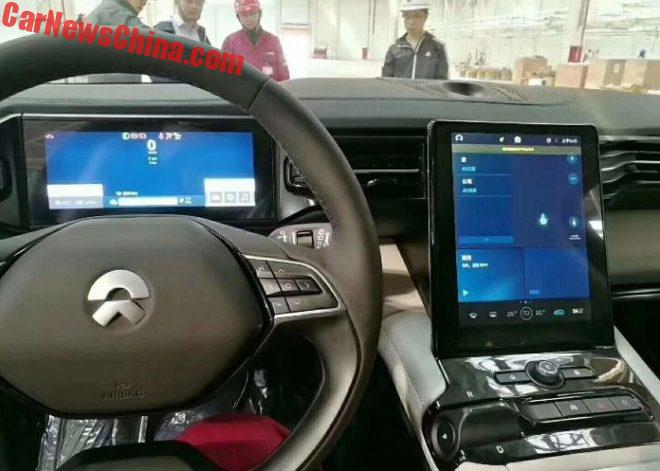 The more screens the better! The ES8 has digital instrument panel,  a large touch screen in the middle, and a head-up display (HUD). NIO badge on the steering wheel. 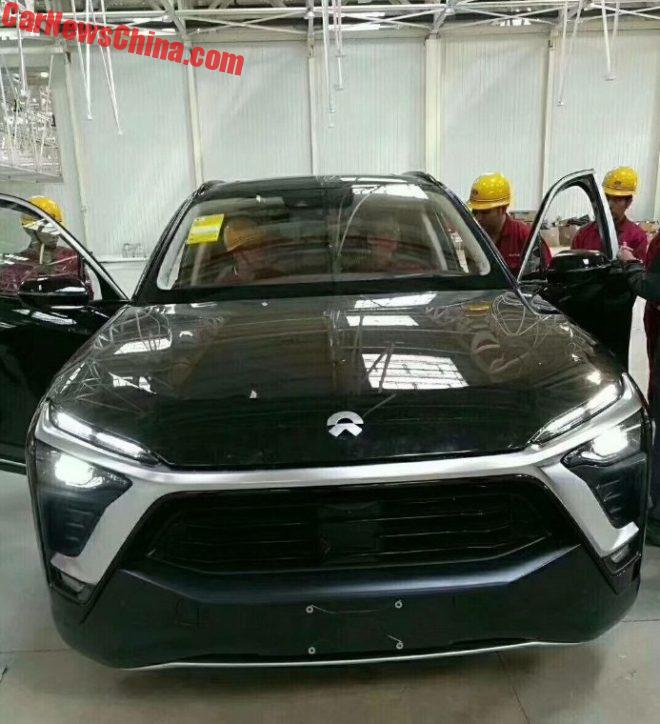 NextEV doesn’t have its own factory. The ES8 and subsequent vehicles will be manufactured by a joint venture between NextEV and the Jianghuai Automotive Corporation (JAC).

The joint venture is called Jianghuai-Weilai, with Weilai being the Chinese name of NIO. Interestingly, this JAC is the very same company that recently agreed a joint venture with Volkswagen to develop and manufacture a series of cheap EVs for China, likely under the Seat name.

Specs of the ES8:

Impressive numbers indeed but then it has to have, as the NIO ES8 will compete head to head with the Tesla Model X. It is scheduled to hit the Chinese car market in December. 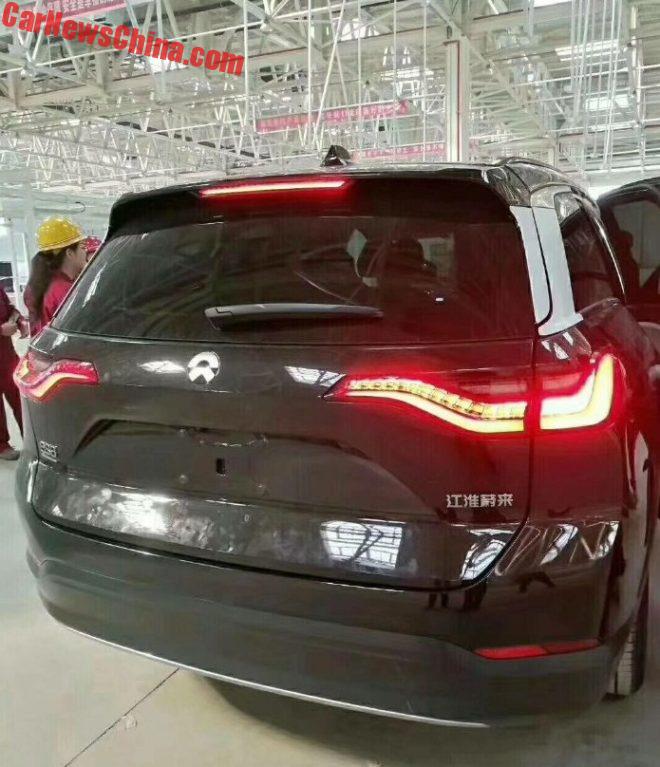 Note Jiangling-Weilai badge on the right side.