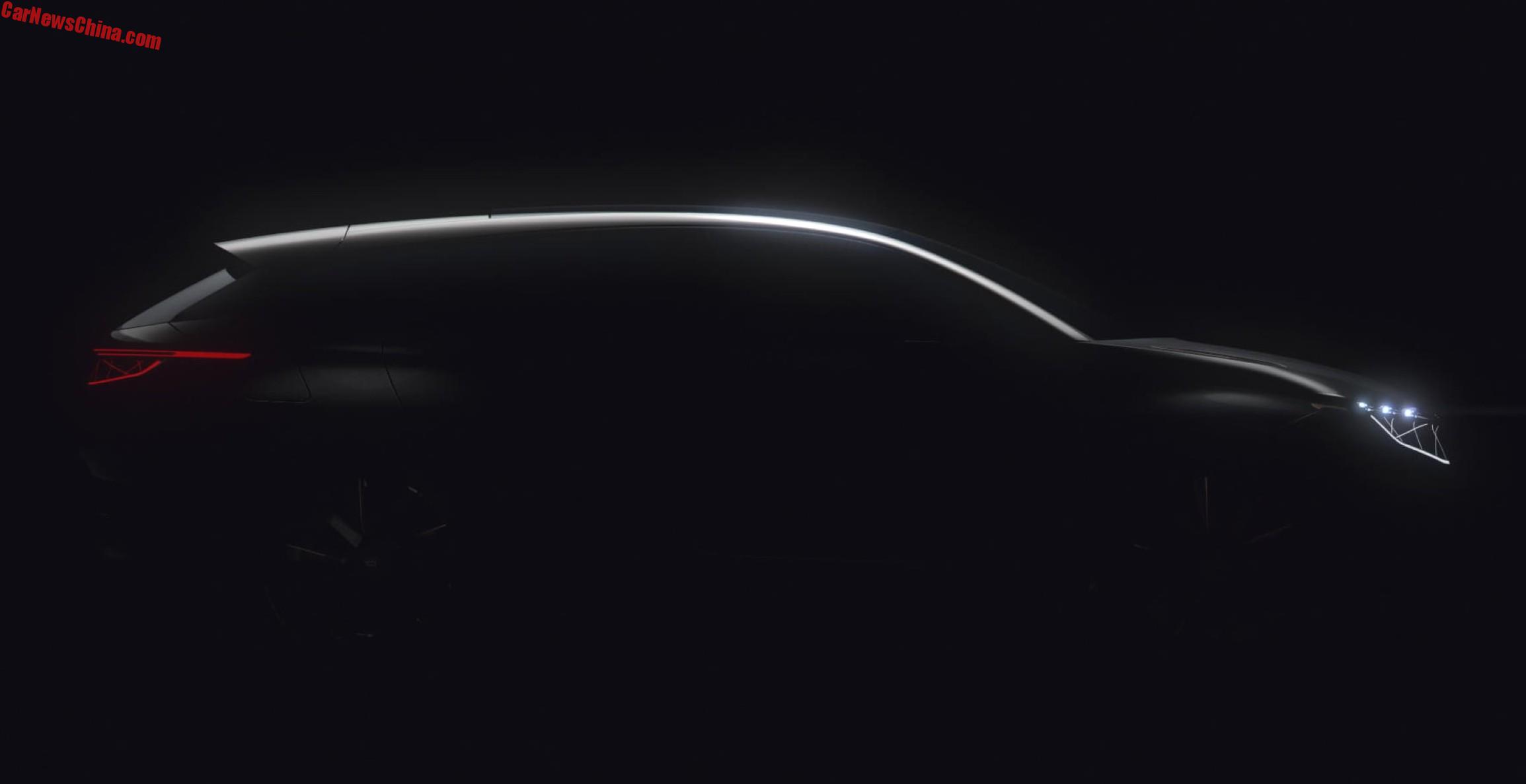 This is the Byton SIV, it will debut on January 7 on the CES Las Vegas. SIV stands for Smart Intuitive Vehicle. This, we presume, refers to the tech on board the The Byton SIV, a new electric SUV from China. 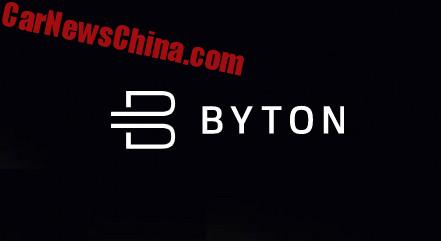 The new Byton brand was founded earlier this year by a team of mostly German executives who mostly used to work for BMW. The company is headquartered in Nanjing with offices in Beijing, Shanghai, Hong Kong, Santa Clara, and Munich. The factory will be in Nanjing as well, with production set to start in early 2019 with a launch on the Chinese car market scheduled for the fourth quarter of 2019. Price will start around 300.000 yuan or $45,300.

Upon launch the Byton SIV will be equipped for level 3 (L3) autonomous driving, including Lidar and millimeter-wave radar. Further in the future this will be upgraded to L4 and finally to L5. 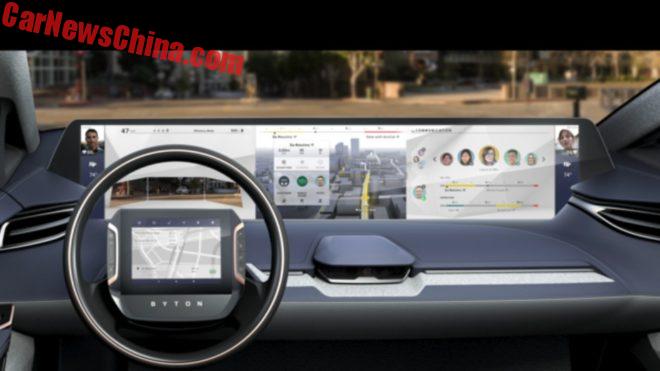 The centerpiece of the whole car is its dashboard. The dash is a screen measuring 1.25 meter by 25 centimeters. This screen is called the Shared Experience Display, or SED. The driver can control the main functions of the screen by a touch screen on the steering wheel.

‘Shared’ refers to the fact that passengers in the rear can use the center area of the screen to watch TV, the passenger in front can check the stock market on the are to the right, while the driver can check his stuff on the are in front of him. Naturally, the SED is connected to the cloud 24/7. Byton claims the system will have a speed of 1000 (one thousand) megabyte per second.

When the car is in fully autonomous mode, or parked, passengers can watch a movie together. 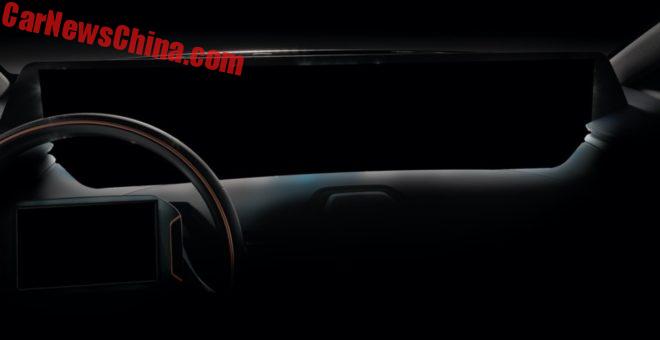 The screen off, just to get an idea of the enormous size of the thing. 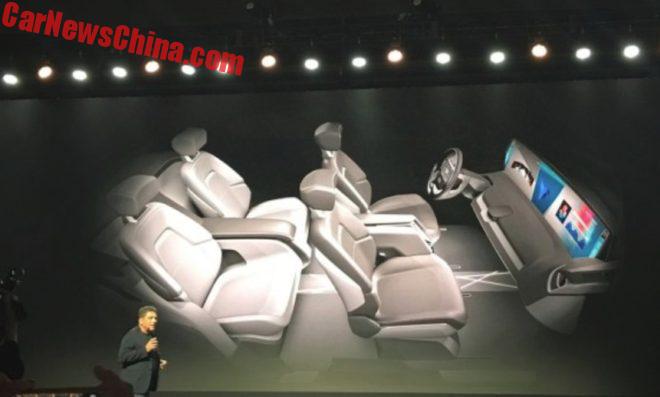 Four seats, with the SED on triple-screen. 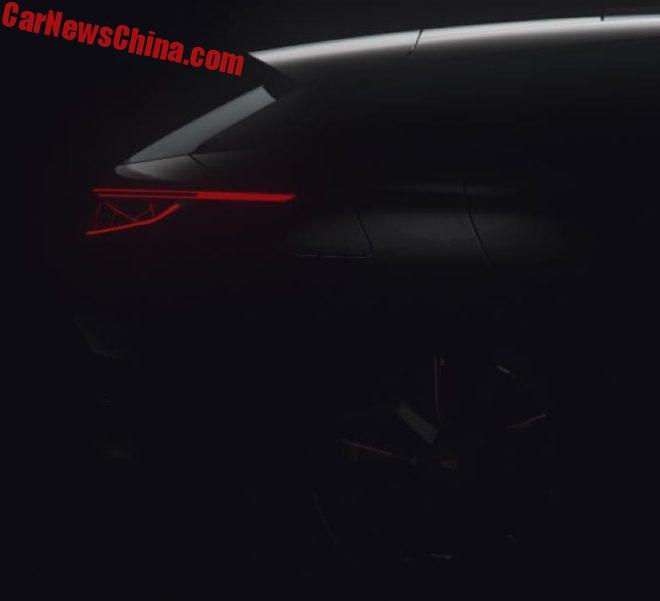 The SIV appears to be a good looking car. Wilder than the NIO ES8 but more traditional than the Faraday FF91. 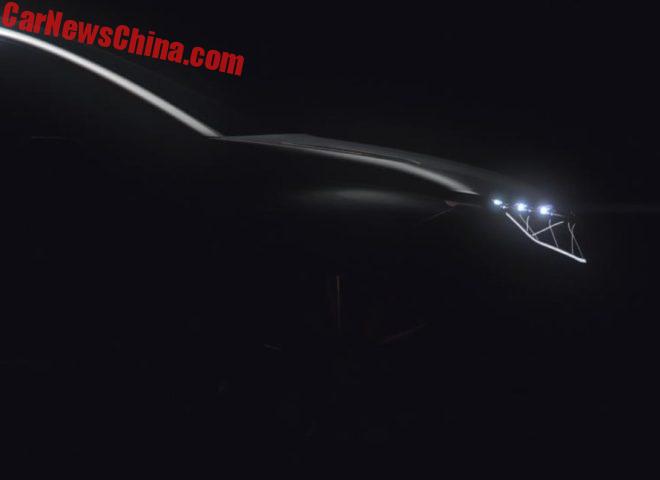 A short bonnet with a complicated light unit, but… 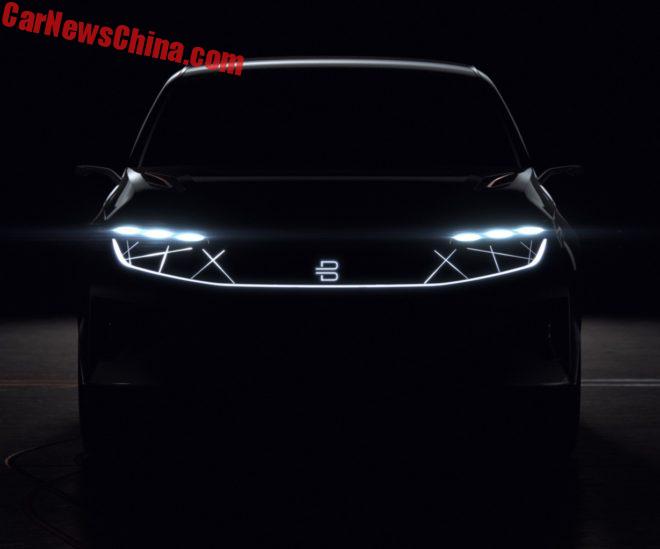 … it looks great from up front.

It seems that the area under the Byton name is an LED display.