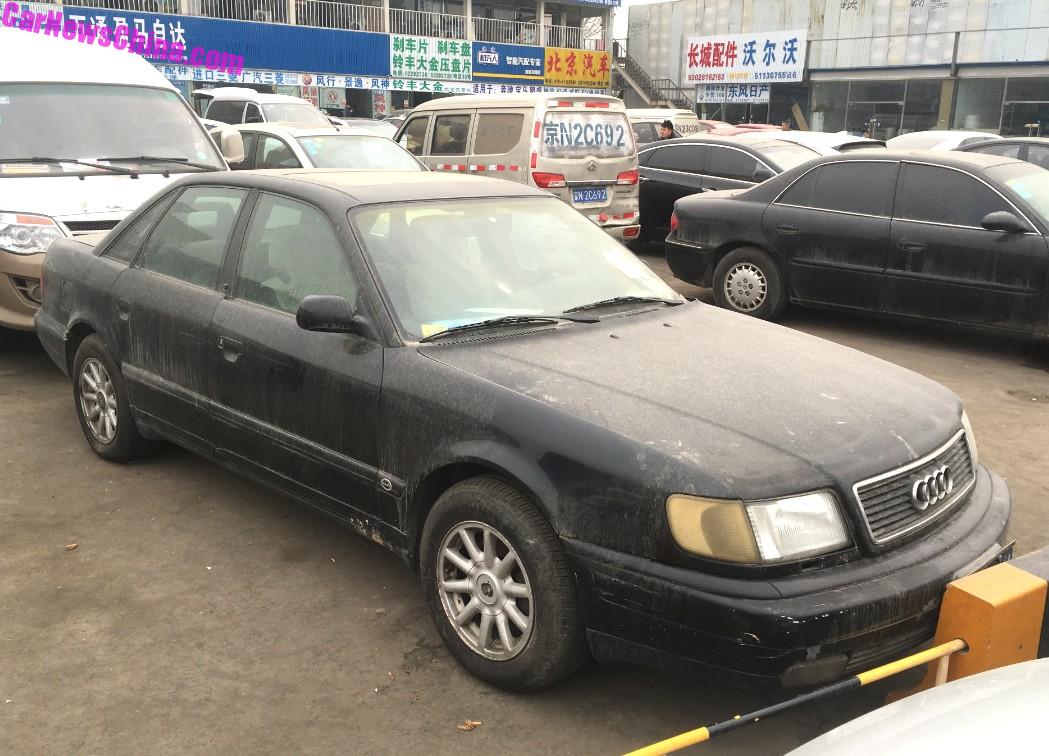 A beautiful black Audi 100 CS, Spotted in China on a car market in south Beijing. The good Audi was loaded with the capital’s dirtiest dust but otherwise in a reasonable shape.

The Audi 100 CS model was marketed in North America. It came only with a 2.8 liter V6 mated a four-speed automatic, FWD or AWD quattro. The V6 had an output of 174 horses. How this North American Audi ended up in China is sadly unknown. 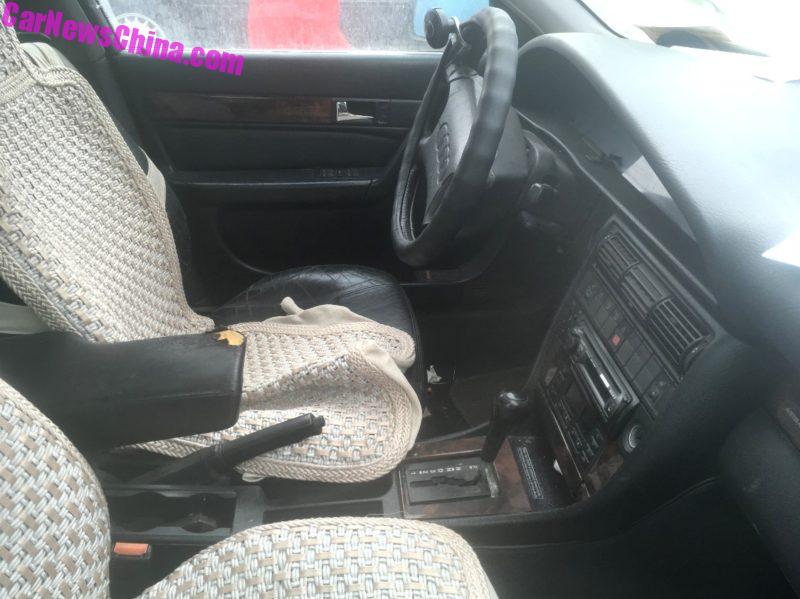 The interior was in a reasonable shape as well. The seat covers and radio are later additions, but the rest of the place looks mostly original. 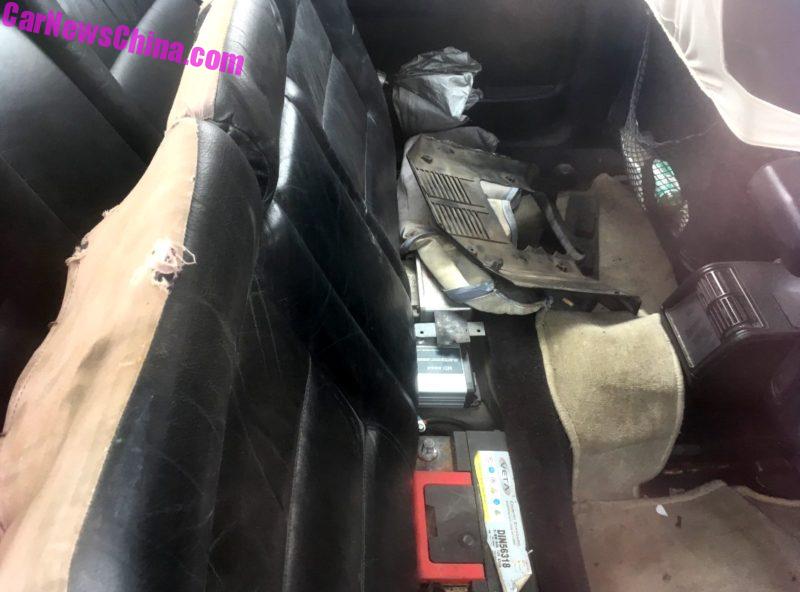 The rear bench was up, revealing a battery coupled to a siren-system (!). 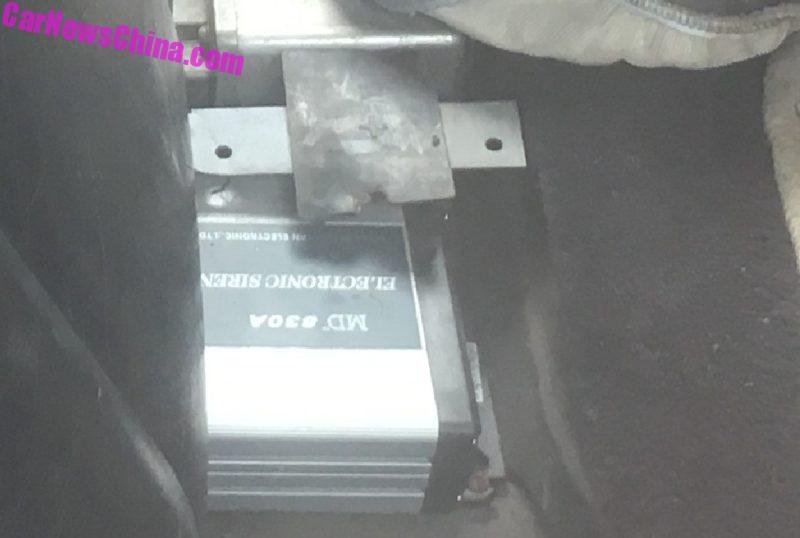 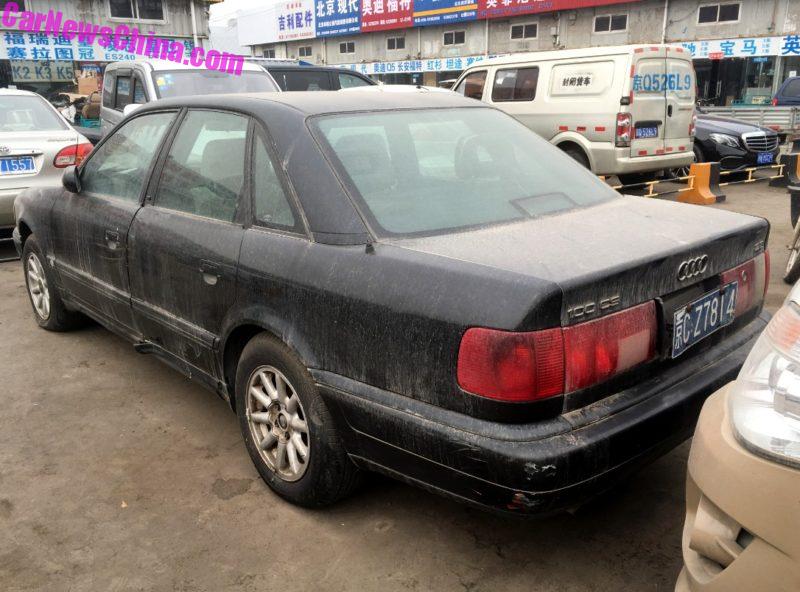 Period civilian license plates. The Chinese-size plate is too large for the North American license plate area, so it is sitting on a small frame, sticking out about 10 centimeters. This sort of license-plate frame-thingies are a common sight in ex-North American cars in China.