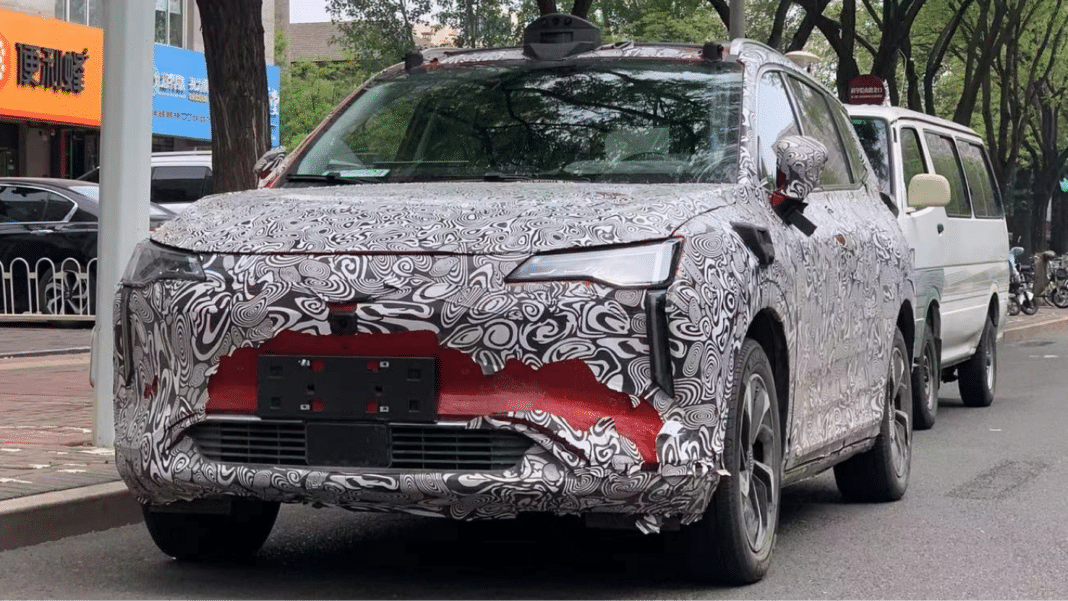 The Weltmeister W6 was spied in China with the LIDAR sensor on the roof. It will get the same autonomous driving system as the Weltmeister M7. Its key features are three LIDAR sensors and NVIDIA’s Orin X chipset for 1,016 TOPS. The W6 with LIDARs will debut at the 2022 WM Motor Tech Day later this month.

What is Weltmeister W6?

As we have already mentioned, the W6 will get the same autonomous driving system as the M7. We can see one LIDAR sensor on the top of the roof and two LIDARs on the front fenders. There also is a trinocular camera arranged above the roof LIDAR. And the M7 hasn’t got this camera.

Worth mentioning it is just a test car, so all the sensors and cameras look very blocky and awkward. There are also some extra sensors that monitor the work of the autonomous system.

This self-driving system debuted in October 2021 with an impressive number of 32 sensors, including 3 LIDARs, 7 8-megapixels cameras, 12 ultrasonic radars, the positioning system module, etc. As for hardware, NVIDIA Orin X chips power the system.

A single Orin X chip has a computing power of 254 TOPS. And the Weltmeister system can be equipped with chips at the same time. So the total computing power can reach 1,016 TOPS. In comparison, the Tesla Model 3 got only 144 TOPS.