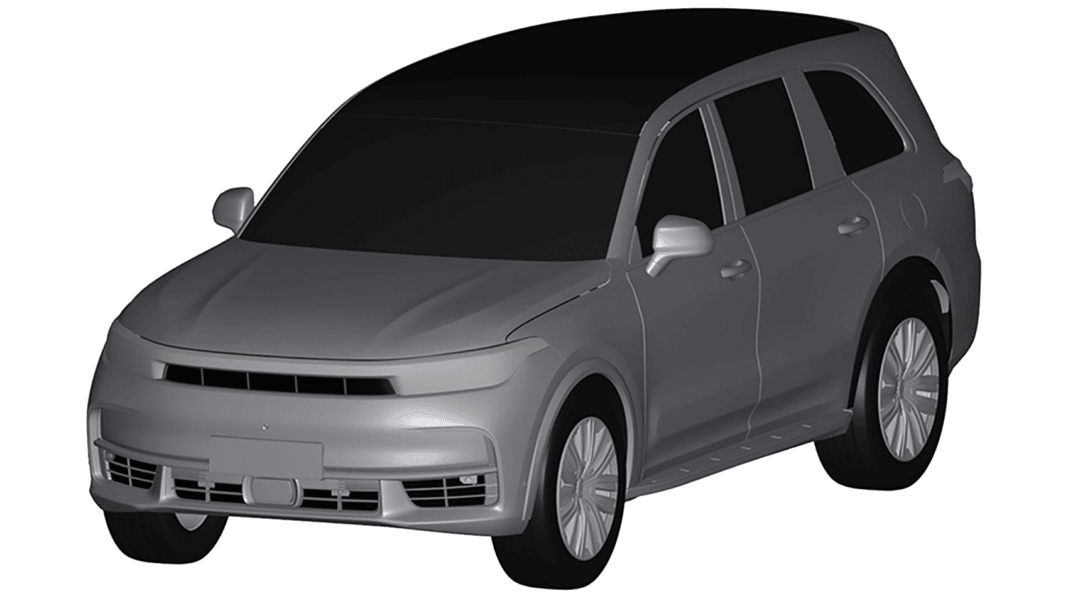 The Li Auto X03 is an EREV (range extender) SUV that is said to hit the market in February 2023. It will become the successor to the current Li Auto’s bestseller called Li Auto One. It will become a comparatively affordable SUV with a price tag under 350,000 RMB (52,000 USD). Let’s get to know the X03 better.

According to the Li Auto product plan, aside from One and L9, soon two more MPVs and two SUVs will hit the market. As for the SUVs, their names are X02 and X03. The first one will sit between the Li Auto One and the Li Auto L9 with a price tag under 450,000 RMB (66,750 USD). As for the second model, the X03, it will become a new generation of the Li Auto One.

Previously, the Li Auto X02 was exposed in patent images. It got the same design as the Li Auto L9 with a few exceptions. For example, it has a slightly shorter wheel base, a different D-pillar, etc. According to Chinese media, the X02’s size is likely to be around 5100 mm in length with a wheelbase of 3015 mm.

Recently, Li Auto applied for a patent for its new SUV. This vehicle is likely to be the Li Auto X03 model. Its proportions are very similar to the Li Auto One. The vehicle in patent images has almost the same C-pillars, wheel arches, a taillight unit, a windshield, a bonnet line, etc. But the X03 got a different headlight unit, a rear spoiler, bumpers, and doors. Worth mentioning that some media also believe that this vehicle could be the Li Auto L9 1.0 Version. But we will stick to the majority that think it is the X03.

An interior of the Li Auto X03 also leaked online. As we can see, it stays in line with the Li Auto L9. It hasn’t got a traditional instrument panel and its gear shifter is located behind the steering wheel. But the X03 got only a ‘half’ of the Li Auto L9’s screen. It is an understandable move since the X03 is a much cheaper car. So its central console got a single 15.7-inch screen. The center tunnel of the X03 also differs from the Li Auto L9. It has two vents, two cup holders, and two wireless phone charging pads.

Worth mentioning that we saw a spy shot of an unknown Li Auto car interior that has the same interior layout with the same central console and the center tunnel. Previously, we thought that this image represents the interior of the Li Auto X02. But now it looks like it was the X03.

As reported by Chinese media, the X03 will adopt the new Li Auto’s 1.5-liter range extender that debuted on the L9. The One’s 1.2-liter three-cylinder engine has a questionable reputation. It was reported for oil stains, carbon deposition, rust, etc. Some folks say that this engine could be the main reason for the Li Auto One’s fire cases. The new 1.5-liter engine should improve this situation. Worth recalling that this ICE is turbocharged and has a power output of 113 kW (154 hp).

The size of the Li Auto X03 is unknown. All we know is that it should be close to the current Li Auto One. As for the price tag, it should be under 350,000 RMB (52,000 USD), similar to the One. According to the leaked Li Auto information, the X03 will hit the market in February 2023. In a few months, its sales volume will reach 25,000 vehicles per month. It will make the X03 a new Li Auto’s bestseller.

So the Li Auto X03 is going to be an exciting EREV SUV that will improve many of the One’s drawbacks. We will keep an eye on this SUV, so stay tuned!