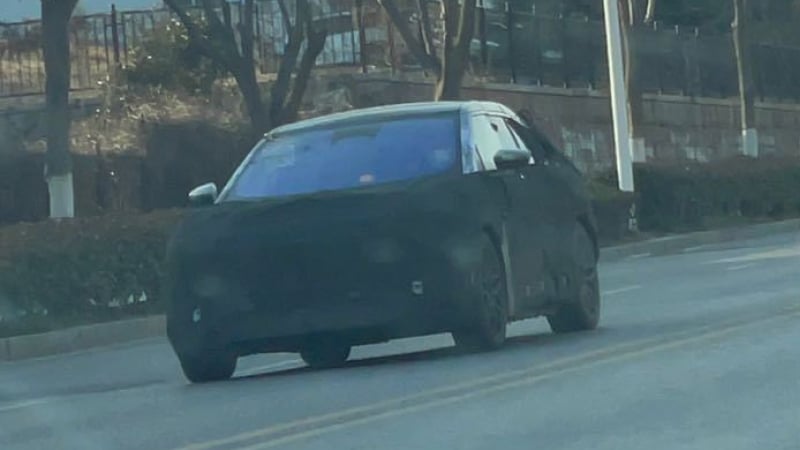 A mysterious HiPhi electric vehicle was spied on Chinese roads during some tests. It will become the third model in the HiPhi’s lineup, and will have a reasonable price tag around of 400,000 – 500,000 RMB (59,100 – 73,850 USD). This way, the Human Horizons’ HiPhi will expand to a new market segment. Let’s get to know this EV better.

So, HiPhi cars are pretty expensive even in China. What is more interesting, these vehicles will hit the European market with deliveries scheduled in 2024. In November, we made an interview with Kjell-Arne Wold, Director of Human Horizons Europe, and got a lot of valuable insights on HiPhi plans. It appeared that HiPhi is working on less expensive models that still can impress you with its tech. These vehicles will also become available for purchase in Europe some day. Right now, the third HiPhi is on a test phase in China. And we had a chance to get to know it better.

As we can see in the spy shot and video screenshots, the new HiPhi vehicle is an SUV that seems to have a coupe shape and wide body. It also got a sloped bonnet line and streamlined A-pillars design. Under the camouflage, we still can see a sporty roof spoiler of this vehicle. We aren’t sure yet, but the new HiPhi car probably doesn’t have door handles just like X and Z. On top of this car’s roof, we can notice a LiDAR sensor. Speaking about the size of this vehicle, we don’t know the exact numbers. But it looks like a mid-size SUV.

Now, let’s get to this car’s interior. First, its steering wheel is the same as the HiPhi Z. It has the same round shape with two spokes and slightly flattened sides and bottom. Behind the wheel, we can notice a large block of screens that goes all the way along the center console. It seems like after adding this enormous screen, HiPhi designers weren’t satisfied. As a result, this EV also has a large horizontal monitor, placed between the center console and the center tunnel. Speaking of the tunnel, it has a lot of hidden compartments and a quirky-shaped armrest. With its interior design, HiPhi literally shows you that they don’t have the words ‘too much’ in their dictionary. But isn’t it why we adore HiPhi vehicles?