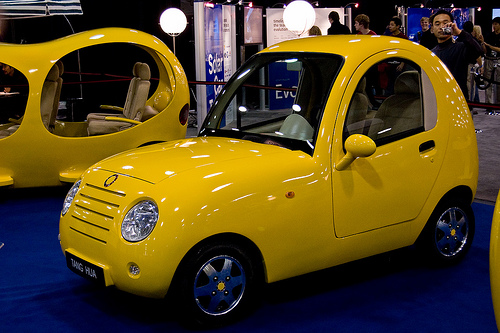 Mr. Buffet will be pleased, BYD might finally sell some electric and hybrid vehicles. Geely will rush the zillion electric concepts to the market. Chery and all others will get to work, until very late, every night. The Chinese government offers a 60.000 rmb subsidy on electric cars and a 50.000 rmb subsidy on plug-in hybrids. Toyota’s Prius, made in China by a joint venture with FAW, is no plug-in and is out, but there is also a small 3000 rmb subsidy for fuel-efficient cars.

The subsidies are part of a pilot project to promote cleaner cars. Government will also invest in infrastructure such as facilities to charge ones car. The project runs in five cities:Shanghai, Changchun, Shenzhen, Hangzhou and Hefei. Beijing is strangely not on the list, this kind of projects usually include the capital. More details about the plan in this excellent article from Reuters:

“BEIJING/SHANGHAI, June 1 (Reuters) – China said on Tuesday that it would launch a pilot programme in five cities to provide subsidies to buyers of electric and hybrid cars, as the government steps up efforts to cut emissions in the world’s biggest auto market.

Residents of Shanghai and Shenzhen, as well as Hangzhou and Hefei in the east of the country and Changchun in the northeast, would receive up to 50,000 yuan ($7,320) in subsidies if they buy plug-in hybrid cars, the Ministry of Finance said on its website.

The maximum subsidy for those who bought fully electric cars was 60,000 yuan, the ministry said.

“The handouts could get people interested in green car models now that the government has come up with a concrete plan and real money to back it up,” said Harry Zhao, an analyst with industry consultancy CSM Worldwide. “But it’s unrealistic to expect it to work like magic; like tax incentives did last year.”

The impact of the new subsidies on green car sales was unlikely to be very large in the short term because of high battery costs and an inadequate charging network, but would make it easier for those interested in cars fuelled by alternative energy to decide to buy such vehicles, analysts said.

Taking cues from the government, the biggest players in the Chinese auto market, from top state auto group SAIC Motor Corp (600104.SS) to rising star Geely Automotive Holding (0175.HK), have been ramping up efforts to bring low-emission vehicles onto the roads.

The government would also allocate unspecified funding to bankroll the construction of charging stations and battery recovery networks in the pilot cities, the finance ministry added.

Instead of handing out subsidies to consumers directly, the government would allocate the money to carmakers, who would then lower the prices of relevant models accordingly, it said, without indicating when the programme would begin.

The level of handouts would be reduced after carmakers sold a total 50,000 green cars, it said, without elaborating.

The government started to offer subsidies for purchases of cleaner buses in early 2009, as part of another pilot programme in 13 cities.

In addition to the new programme limited to the five specified cities, Beijing would also offer nationwide subsidies of 3,000 yuan on purchases of cars with 1.6-litre engines or smaller and that consume 20 percent less fuel than current standards, it added. (Reporting by Zhou Xin in Beijing and Fang Yan and Jason Subler in Shanghai;”