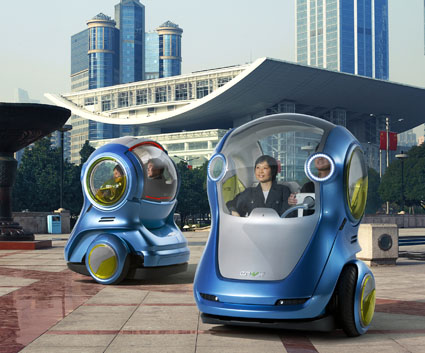 GM and SAIC, China’s biggest domestic automaker, will design the electric cars and develop components for them at an existing joint venture in China, the two companies said in a statement today.

Electric cars will be “a key component in our current five-year plan in China,” Tim Lee, head of international operations at the Detroit-based automaker, said at an event in Shanghai today to announce the initiative.

Automakers including Daimler AG and Nissan Motor Co. have announced plans to add alternative-energy vehicles in China as the world’s largest polluter seeks to reduce emissions. The government aims to have 1 million electric-powered vehicles on the road by 2015, according to the Ministry of Science.

GM plans to introduce 60 new and upgraded models in the country during the next five years, the company said during the Shanghai Auto show in April. GM and SAIC operate ten joint ventures in the nation. Their mini commercial vehicle partnership sells the Wuling Sunshine minivan, China’s best- selling vehicle last year.

Vehicle sales are forecast to slow this year in China, after sales-tax breaks and rebates for rural buyers ended in January and following central bank interest-rate rises.