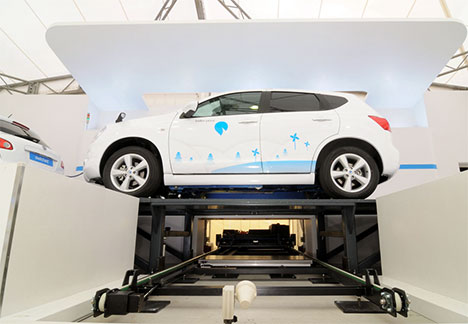 Gaoantun charging station, located in the eastern Beijing district of Chaoyang, has been installed with more than 10 types of EV charging or battery swapping machines, covering all charging modes that are available in China.

The station can charge up to eight vehicles simultaneously and it takes only four to six minutes to swap a battery of an EV.

The charging station has been verified by experts from Beijing New Energy Vehicle Association.

Beijing is striving to build a new energy vehicle grid as part of the nation’s plan to usher in more energy-saving and environmentally friendly vehicles.

So far, Beijing has completed construction of 12 charging and battery swapping stations and 274 charging posts.

Beijing was chosen as one of the 25 pilot cities in China for the utilization of new-energy vehicles.