Turning a Jeep Patriot into a Chinese-style Parade Car 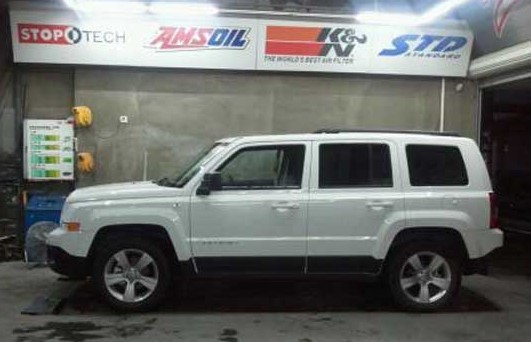 The car: a Jeep Patriot. 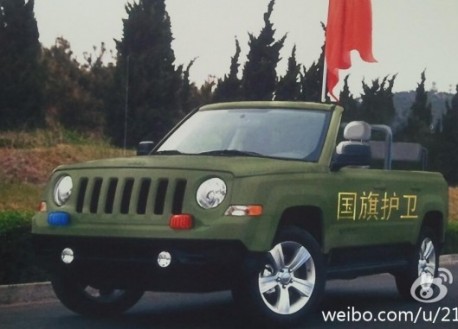 The plan: a Chinese-style parade car, much like the Changfeng Liebao.

A mad project we dig big. A tuning-club in the great city of Fuzhou in Fujian Province decided to do something very special; turning a fine but rather boring Jeep Patriot into a full-spec Chinese-style parade car. This sorta parade cars do really exist, see link under pic, and are still widely used by the army. The Fuzhou-project however is meant for da fun, and that is even better. The madness started a week ago and progress is impressive: 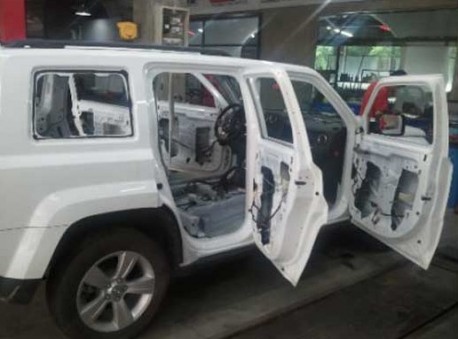 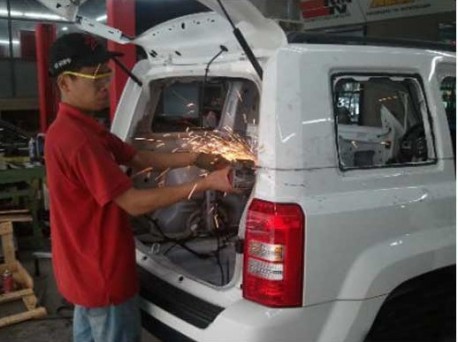 … and cutting her up! 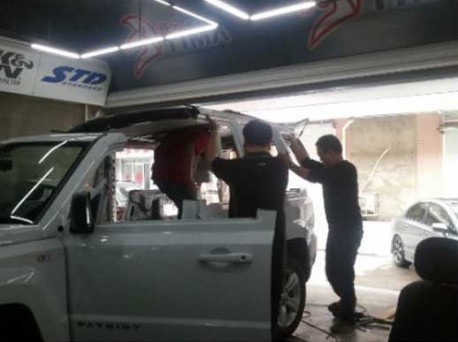 Roof can go, no need for heavy convertible system here. If it rains, a soldier will hold an umbrella over the general’s hat. 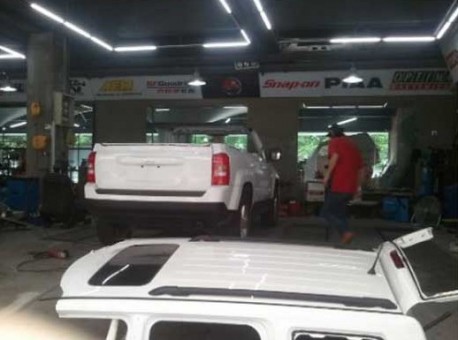 It would make a fine pickup truck as well… 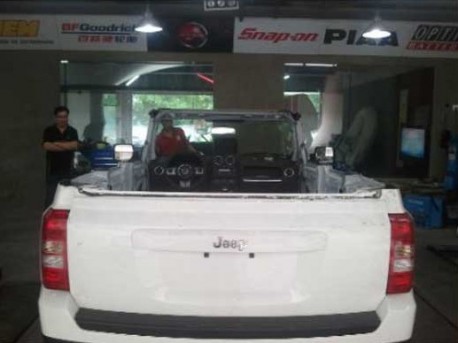 An American Jeep as a Chinese army parade car, what an idea. But not completely new, other American icons do really serve in the People’s Liberation Army: Jeep Cherokee, Jeep Comanche, Hummer 1 and Hummer 2. 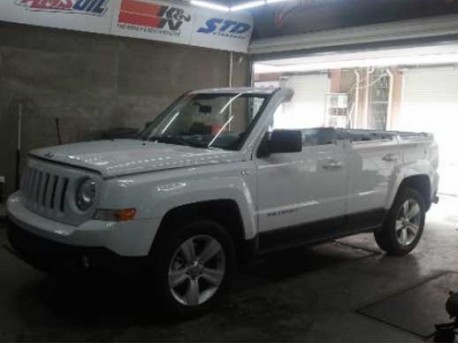 Well, this is where the projects stands right now. We are very curious about what will happen next. More when we get it!