Beijing BJ130 is a Prisoner for Life in Beijing 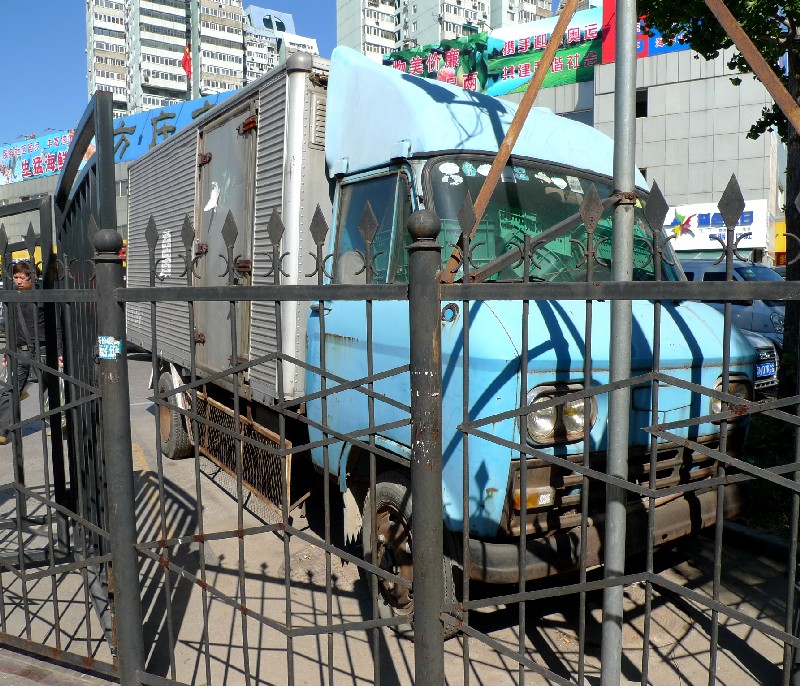 Another beautiful Beijing BJ130 light truck, abandoned behind a big fence in Beijing. The truck must have been standing there for years, tires almost gone, chrome dark ‘n dirty, looking sad. Still, it wasn’t crushed and that is a good thing! 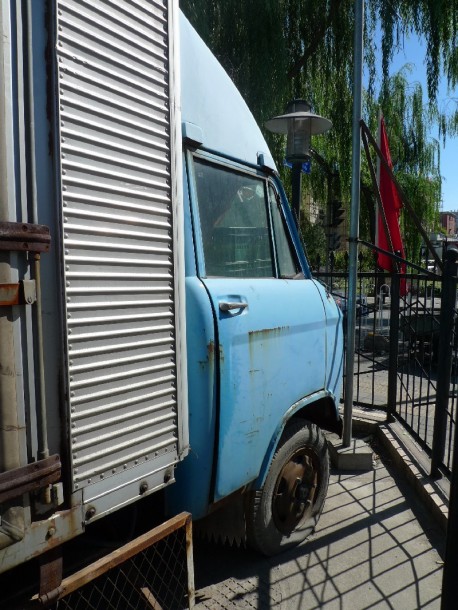 The BJ130 was made by the Beijing No.2 Auto Works from the early seventies until the late ’80′s. There were several truck factories in Beijing in those days, most of them are now united under the Beijing Auto Industry Corporation (BAIC). In its time the BJ130 was by far the most important transport truck around, used to carry everything from building materials, cattle, foodstuffs and all kinds of military equipment. I met this BJ130 in the Fangzhuang area, the third I have seen in Beijing in almost ten years. Earlier on I met another blue example and a very smooth firetruck. 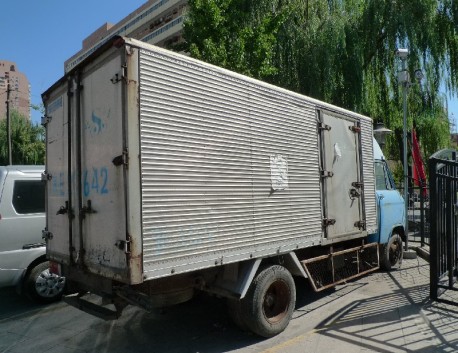 The BJ130 was powered by the famous 4-cylinder ‘North 492 gasoline engine’ that was used in many many trucks, cars and other vehicles made in the ’70′s and ’80′s. The engine was mated with a four-speed manual. Some 99% of all BJ130’s for transport came in blue, the rest was either gray or black. 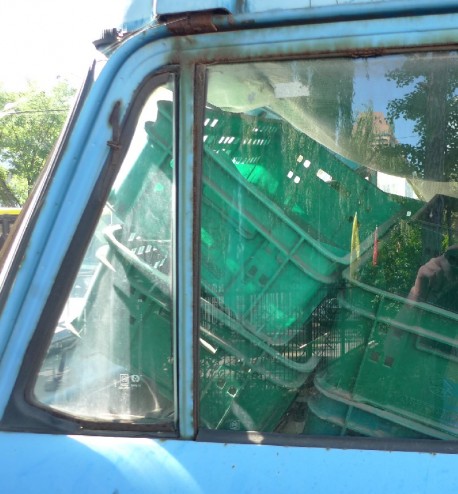 Brilliant truck ends its life as a storage room for plastic crates, horrible…