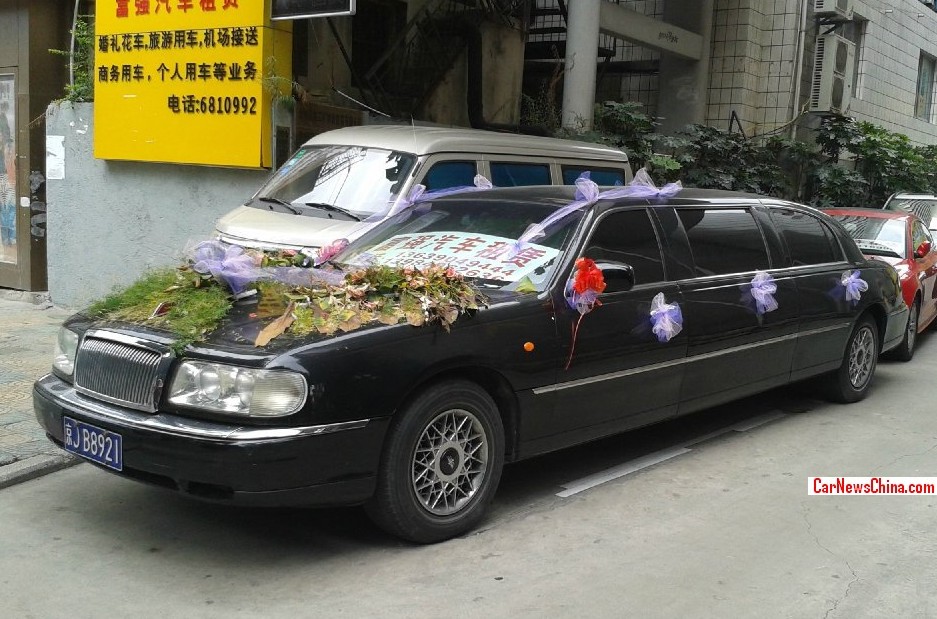 A very big and very black Hongqi Qijian CA7460 L2 limousine dressed up for a wedding, seen here in the capital Beijing. The Hongqi (Red Flag) Qijian (Flagship) CA 7460 L2 was a stretched version of the Hongqi Qijian CA7460, which was based on the 3th generation Lincoln Town Car. 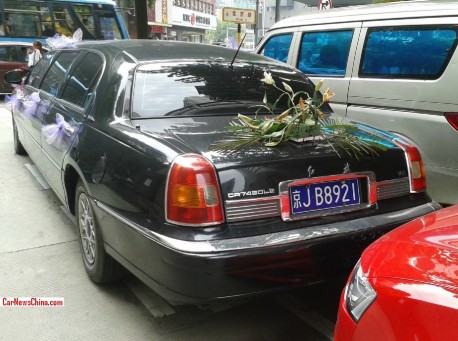 Production of the CA 7460 started in 1998 under a license-agreement between Ford and First Auto Works (FAW), parent of the Hongqi brand. The CA7460 L2 and other stretched variants were ‘developed’ by Hongqi, the L2 arrived in 2003 and was produced until 2006. 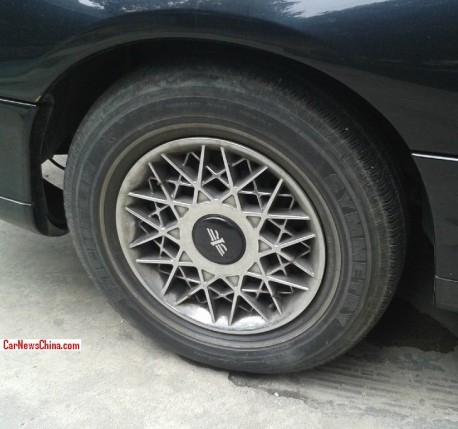