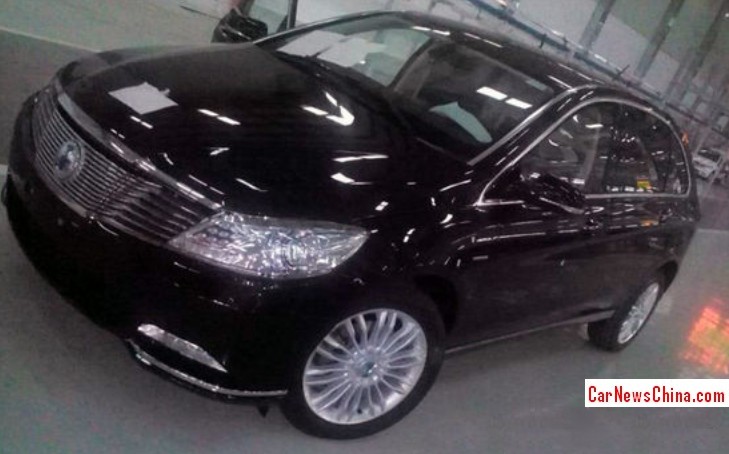 The best spy shot so far of the upcoming BYD-Daimler Denza EV, seen completely naked in the factory in China. Body work seems very streamlined, multi-bar chromed grille is very impressive, giant headlights will use shiploads of energy, alloys look very sporty, lots of chrome all over the car. This is going to be an interesting EV… 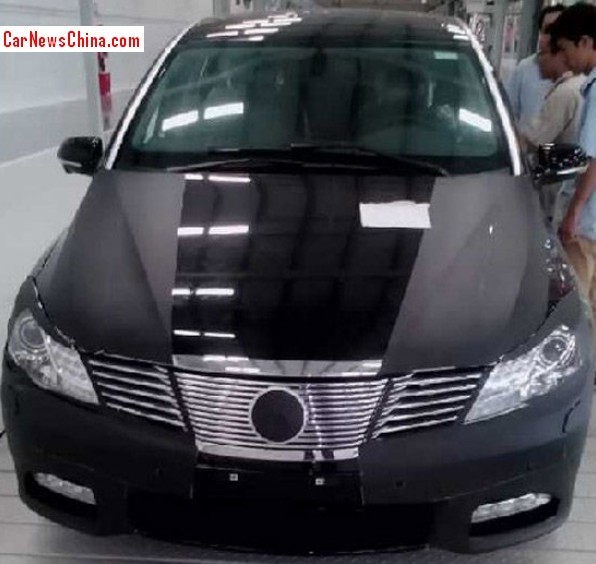 Another example still partly camouflaged. The production version of the Denza  EV will debut April 2014 Beijing Auto Show and it will be launched on the China car market in the second half of next year.