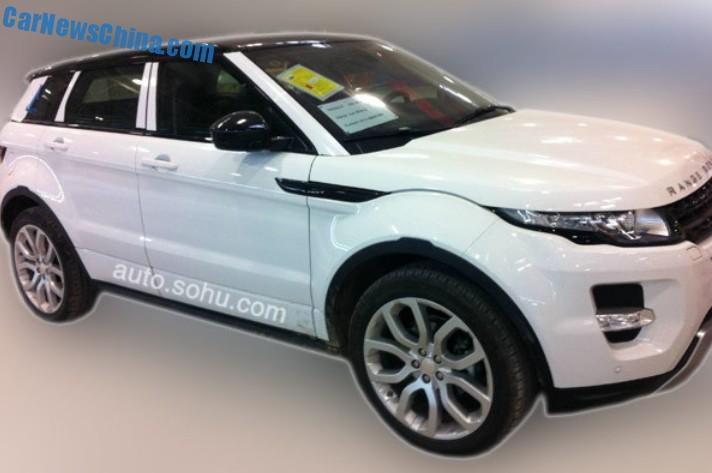 New spy shots of the China-made Range Rover Evoque, looking almost ready for the Chinese car market. Production officially started back in May and the Evoque will debut on the Guangzhou Auto Show in November and launch on the Chinese auto market just before the end of the year. 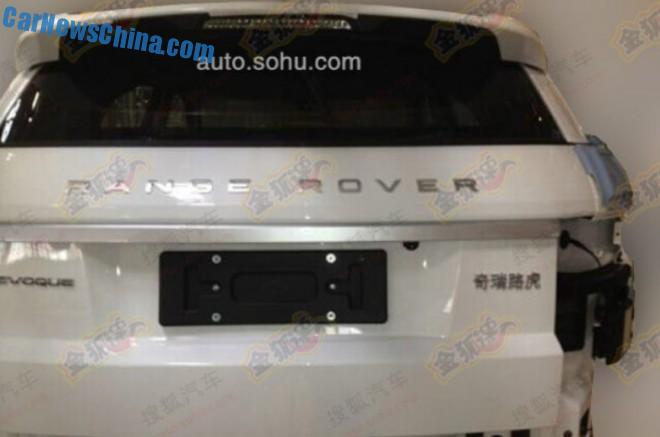 The Evoque is manufactured by the Chery-JLR (Jaguar – Land Rover) joint venture, in a new factory in the city of Changshu in Jiangsu Province. Construction of the factory started in late 2012. The factory will only make the five-door variant of the Evoque, but the three-door variant will remain available as an import. The factory will also make the Land Rover Freelander and a stretched variant of the Jaguar XF.

The Evoque will be powered by a four-cylinder turbocharged petrol engine with 237hp. Price will start around 400.000 yuan and end around 550.000 yuan.

That is much cheaper than an import but still a lot more money than Landwind will charge for its own interpretation of the trendy Evoque.