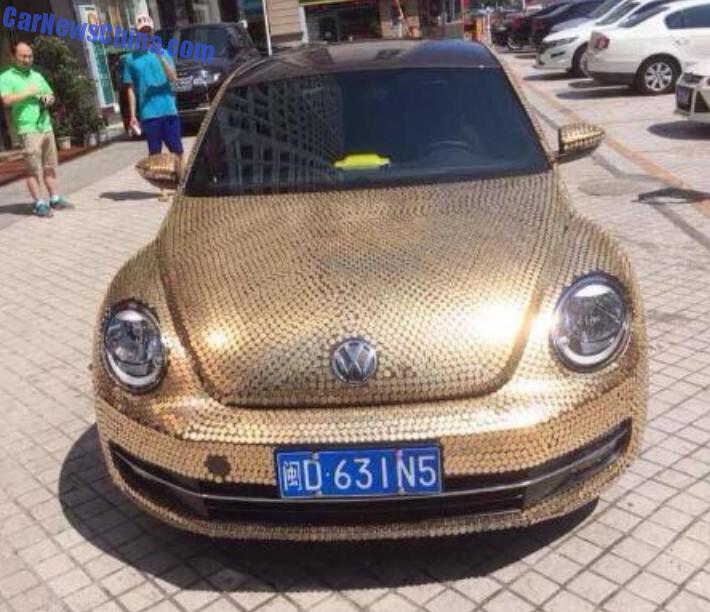 A very pretty Volkswagen Beetle, Spotted in China in the great city of Fuzhou in Fujian Province. The Beetle is covered with over 10.000 five-mao coins. Five mao, or half a yuan, equals 0.08 USD, making for a total of $800. The five mao coin is gold colored, shining nicely in the autumn sun. 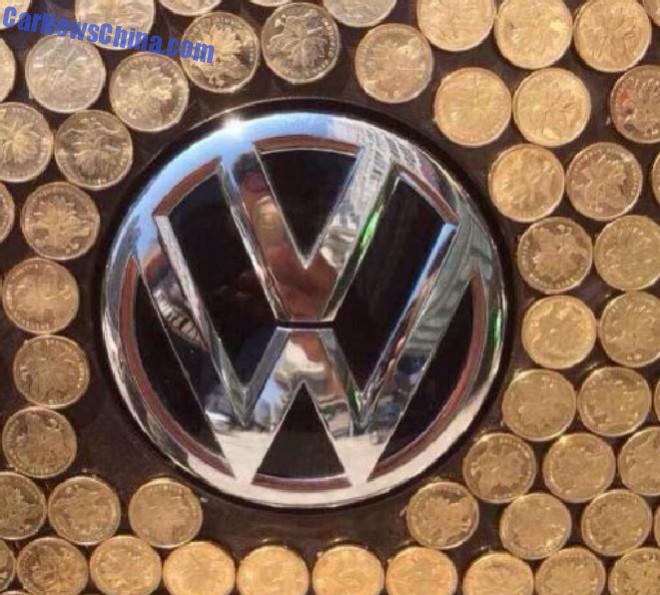 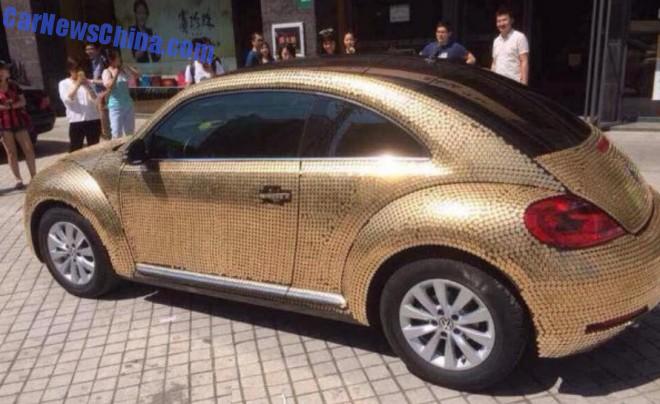 The owner, reportedly a middle aged woman, saved the coins over a period of five years. The coins are glued to a wrap that was wrapped over the whole body, including the mirrors, doorhandles, and bumpers. The work took some forty hours by two dedicated coin-gluing wrappers. 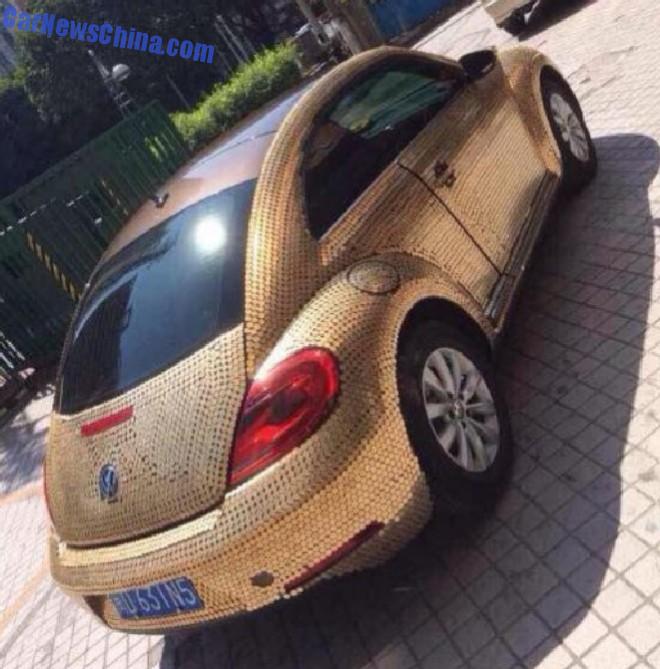 Black windows contrast perfectly with gold-coined body. Great coin-wrapping work over the difficult rear arches. Some coins however appear to be missing. Did they fall off, or did somebody..? 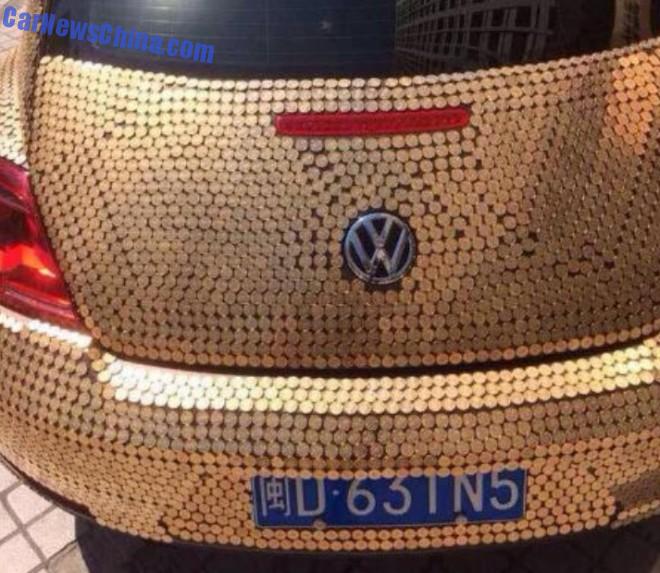 Links of your Life: