Spotted in China: Rayttle E28 EV is not a Renault Twizy 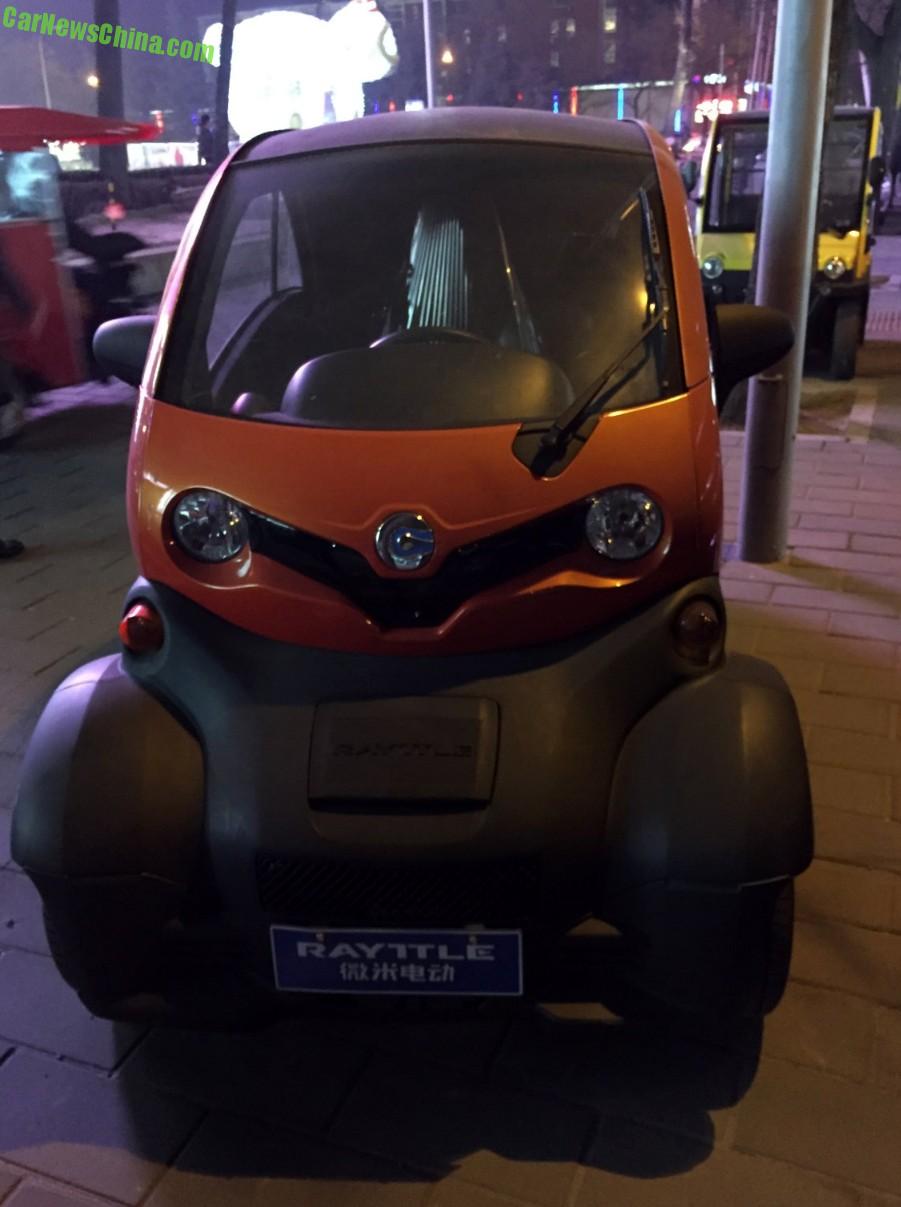 An orange Rayttle E28 mini EV, Spotted in China in the capital Beijing by Reader MB4Ever, thank you for the pictures! The Rayttle is a new Chinese two-seat electric vehicle for in the cities, looking an awful lot like a complete clone of the Renault Twizy from France. Just behind the E28, on the right side, stands a yellow Dayang Chock, another electric mini car.

The Rayttle E28 was launched on the Chinese electric car market in September 2014. It is manufactured by a company called Zhejiang Litong New Energy Automobile Corporation, based in the great city of Hangzhou in Zhejiang Province. Litong New Energy says on its website that it “stands in the international forefront of fashion design”, and that the E28 has an “unique European style”.  Well, let’s see about that: 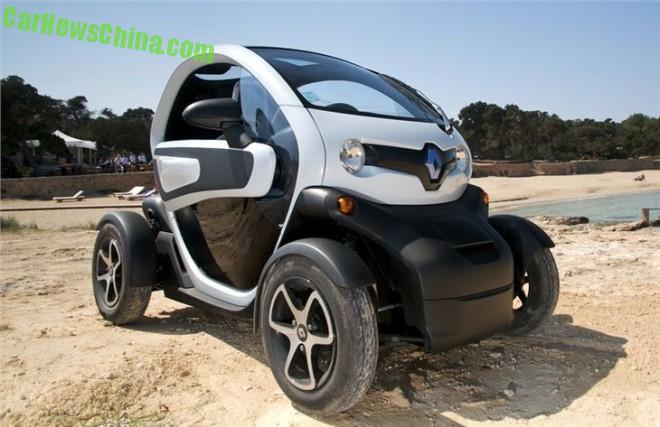 The Renault Twizy. Litong New Energy really did a very fine cloning job. Overall design is 99% similar. Grille, headlights, indicators, mirrors, window, roof, roofline, windscreen wiper; they are all the same. The only difference is the area around the front wheels where the E28 has wheel arches while the Twizy is open. 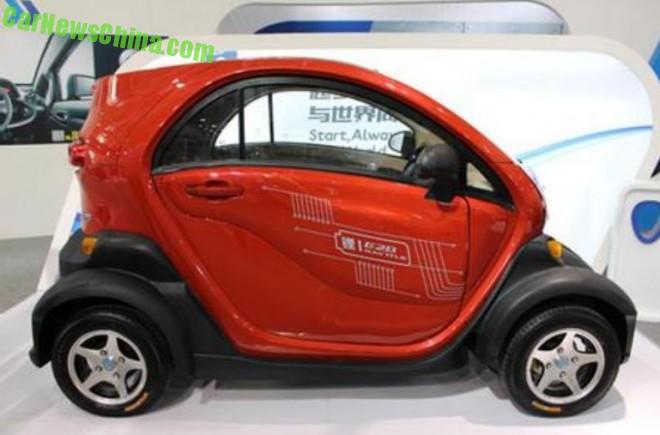 The Twizy is not available in China and most Chinese automotive media don’t seem to know the funky Renault, so Litong kinda got away with it. The Rayttle E28 is available with various electric drivetrains, combining various lead-acid and lithium-ion batteries with various electric motors. The top spec configuration is a 7.5 kW electric motor mated to a 73.5/135aH lithium-ion battery. Range is claimed to be 130 kilometer and top speed a rather surprising 80 kilometers per hour. Size: 2650/1240/1510mm, wheelbase is 1884 and curb weight is 650 kg. Price for all this pretty is 35.800 yuan or 5775 USD. Compare to Twizy: 2338/1381/1451, wheelbase is 1686 and curb weight is 474kg. Most powerful engine has 13kW. Price in the UK for the 12kW version starts at 7595 GBP or 11.520 USD. One Twizy is thus two E28. 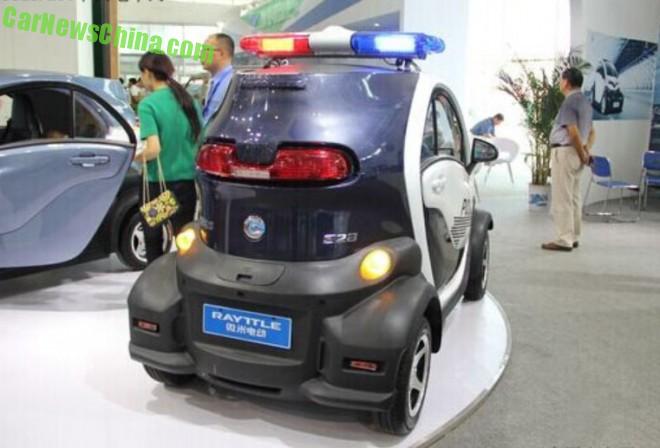 A look at the back, on a Rayttle E28 in police livery. Electric mini police cars are very common in China, they are used for neighborhood patrol and for patrols in public places such as parks or shopping streets.  Here is the Twizy: 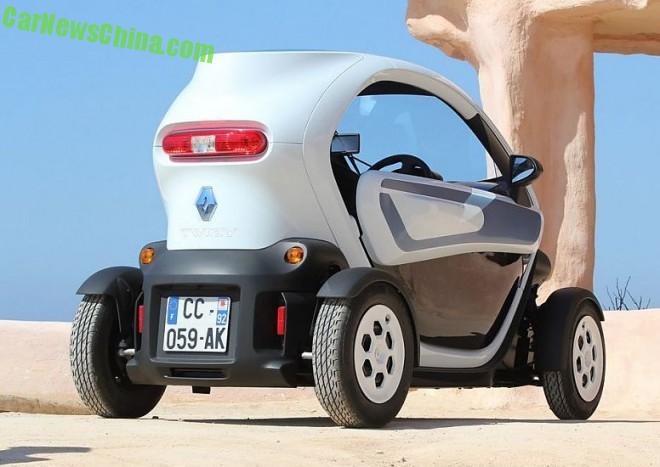 Overall design 99% again, except for the wheel arches. 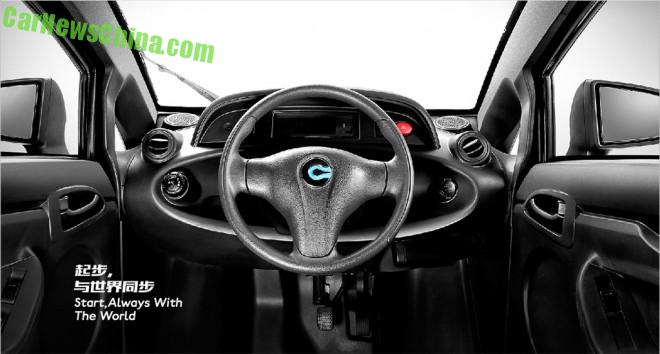 The interior of the Rayttle E28. The slogan of Litong New Energy is ‘Start. Always With The World’. Catchy. 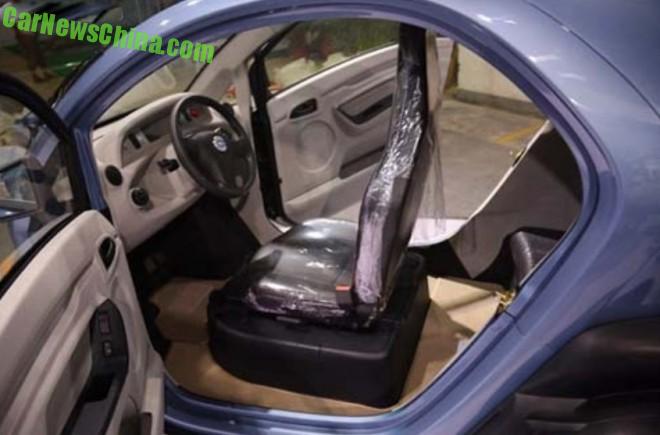 The E28 has a 1+1 seat configuration. The front seat is bolted on a platform where-under the batteries are located. The rear seat is located in the far rear, and looks very cramped. 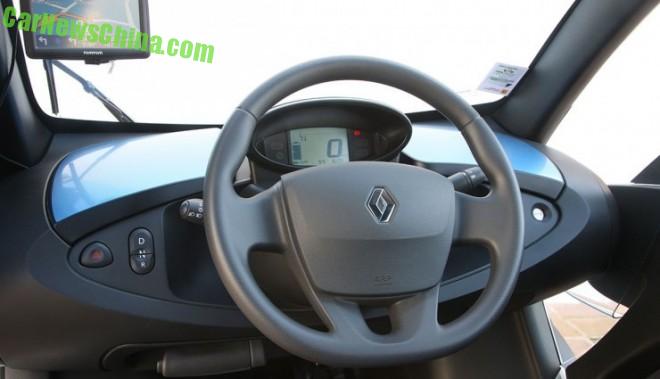 The Twizy once more. Litong cloned the lower part of the dash, but they changed a lot on top. How creative they are. 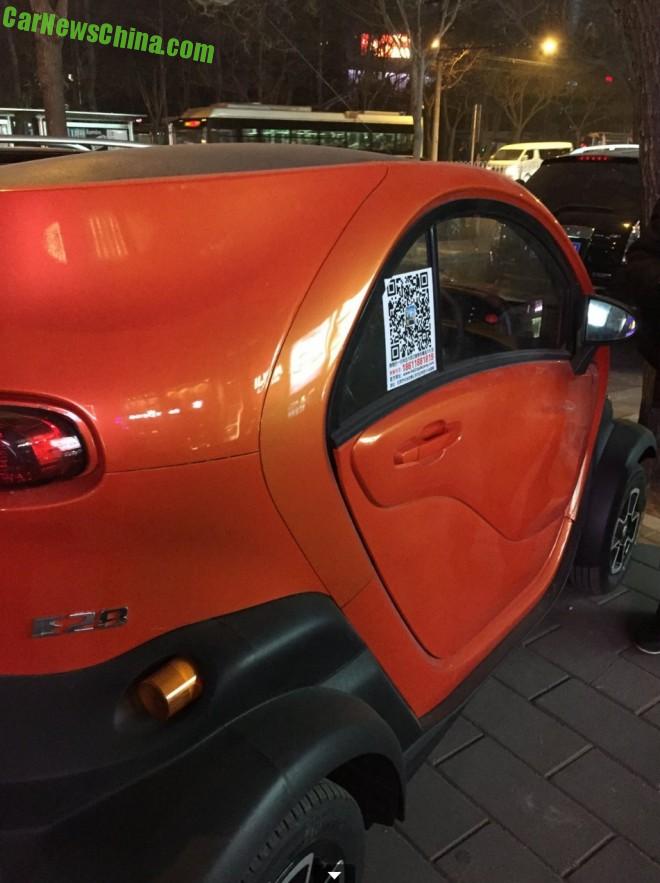 Small electric vehicles like the Rayttle E28 are technically illegal in Beijing, although police appears to tolerate them at the moment. I guess the authorities are in a difficult position here. The government has been screaming for a many years that it wants more electric vehicles on the roads, so the mini cars should receive a warm welcome. On the other side, said cars are often very unsafe and seldom use any parts resembling high-tech. So what to do about the ever more popular city machines..? 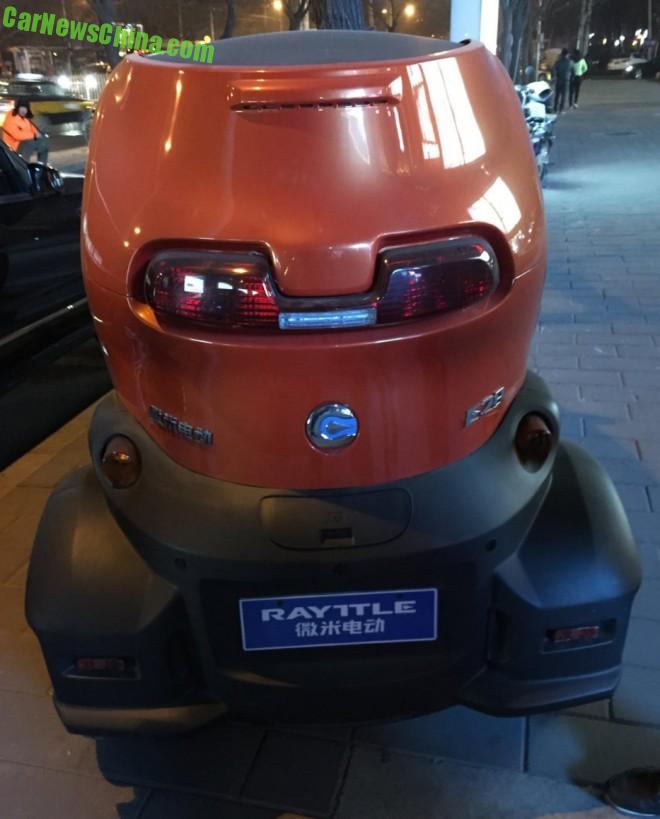 Not a Twizy, this is the Rayttle E28. 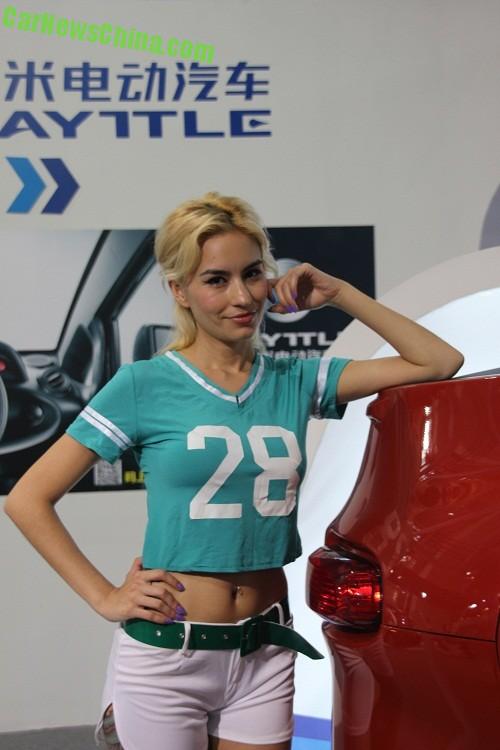 With a hot babe.