Patent Applied: this is the Weichai Auto Yingzhi P80 pickup truck for China 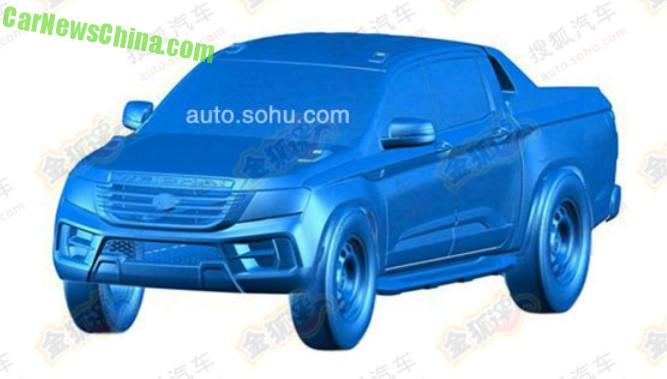 Weichai Auto has applied for patent on the Yingzhi P80 pickup truck for China, showing a large double cab truck that looks rather sporty. The Weichai Auto Yingzhi P80 was first announced in December 2013. Debut of the Yingzhi P80 is expected for the Chengdu Auto Show in September with  a launch on the Chinese car market scheduled for late this year.

The Weichai Auto Yingzhi P80 will be available with three four-cylinder engines: a 2.0 liter petrol, a 2.5 liter turbo diesel, and a 2.8 liter turbo diesel. Price will start somewhere around 90.000 yuan and end around 130.000 yuan.

Weichai Auto is a brand new car maker owned by Weichai Power, one of the largest Chinese engine makers and sponsor of the Ferrari F1 team (check chick!) The company is based in Weifang, Shandong Province. Yingzhi is the brand name, called Enranger in English. Their first car, the Yingzhi G3, was launched in August last year and a small MPV is on the way.