How to illegally charge a Tesla Model S in China 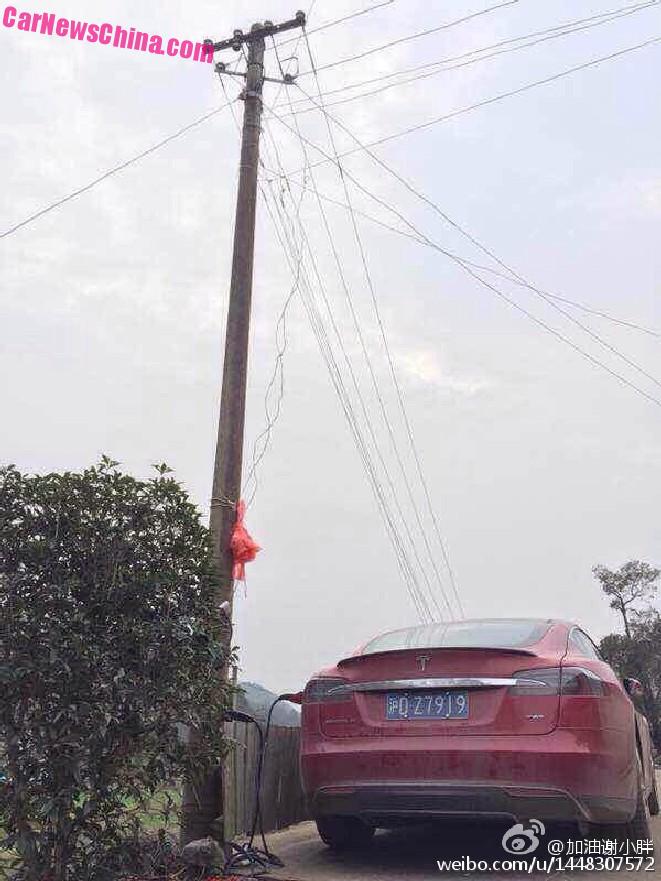 Just yesterday we explained that Tesla has far too few Supercharger stations in China, and that if you have a Tesla anywhere west or anywhere country, you have a huge problem charging it. An innovative Tesla owner riding up mountain near Chengdu in Sichuan Province found a suitable solution: tapping juice from the public electricity network, which is cabled on giant concrete poles.

The driver apparently knew what he was doing. Attaching those wires to the cables seems rather dangerous and difficult. The wires, – and + we assume, that disappear into a red plastic bag, likely to get red of the static stuff. 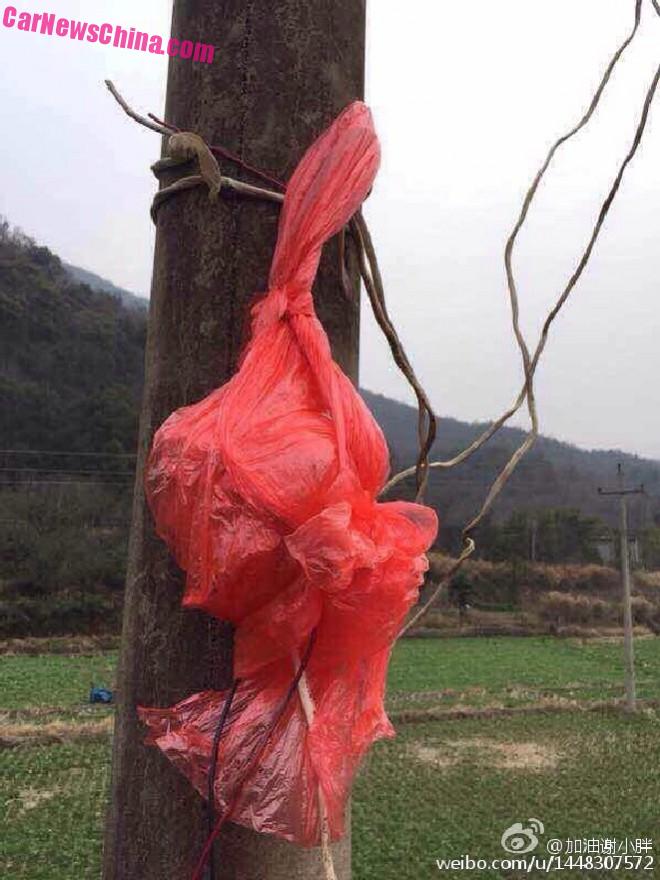 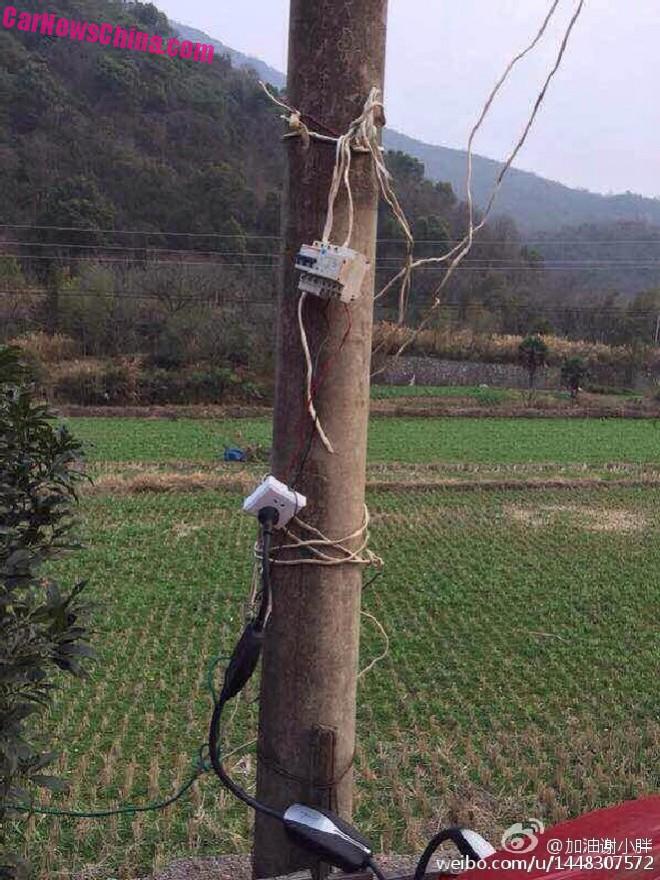 The wires then move further down to a fuse box of the kind that can be found in farms all over the countryside, functioning here as a transformer. That being done the wires proceed further down to a normal socket which is connected to a Tesla Mobile Connector which comes standard on every Model S. 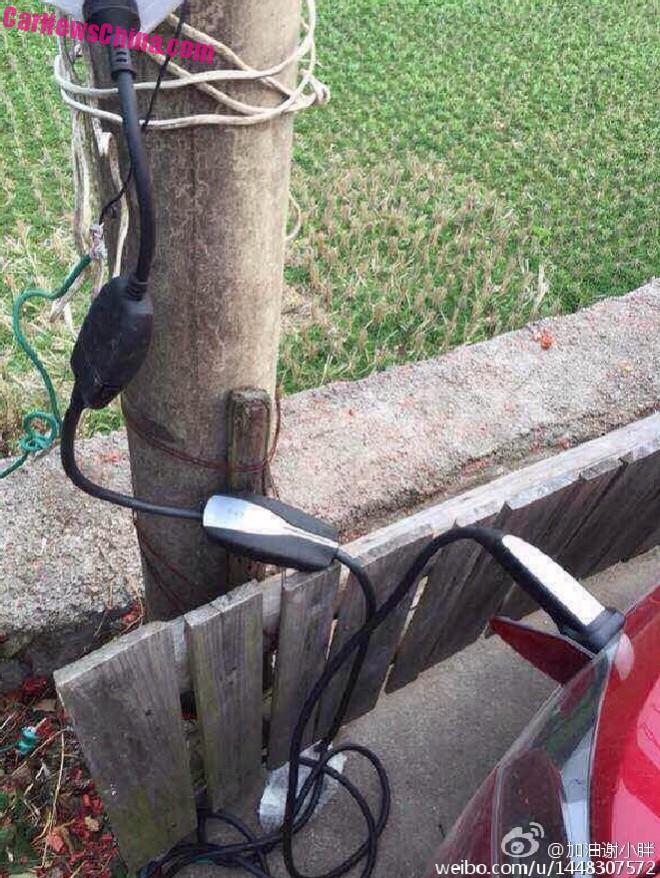 And there you go, charging for nil in the wastelands. Very illegal and not very safe, but genial nevertheless. Who needs a Supercharger now..? 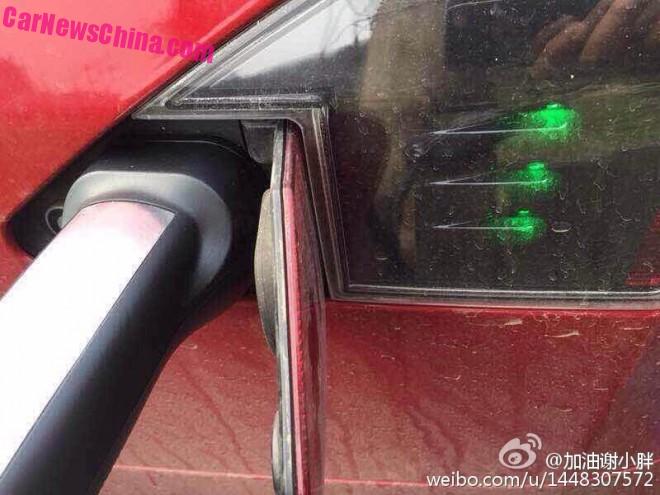 Green lights are on, this baby is being charged.

The photos were posted online by a member of a Weibo forum and caused quite a stir.  Such much indeed that Tesla China released an official response via its own Weibo account, saying:

privately sourced high voltage electric power cannot be properly regulated. The transformation is very dangerous. I hope that [the owner] pays attention to electrical safety. If there are any charging-related issues, please contact Tesla Technical Support: 4009100707. 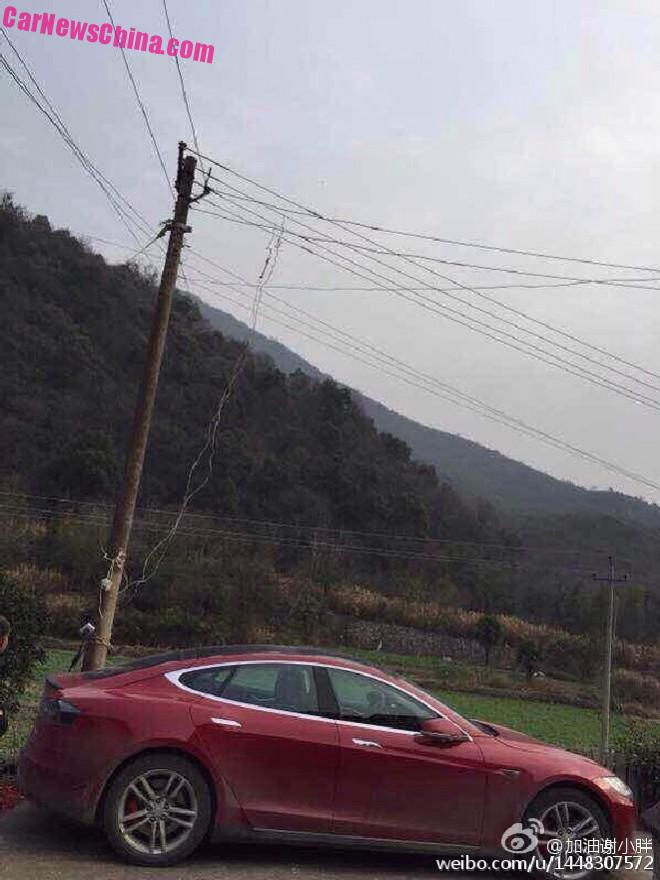 The Tesla Model S was launched on the Chinese market in January last year. Current price ranges from 648.000 yuan ($103.450) for the 60 to 949.500 yuan for the P85D ($151.600). This particular car has Shanghai license plates indicating it was purchased there and driven all the way to Sichuan Province. This was pretty normal in the early days when Tesla only had stores in Beijing and Shanghai, but they got one in Chengdu now. Read more about Tesla’s fuzzy store network in China here. 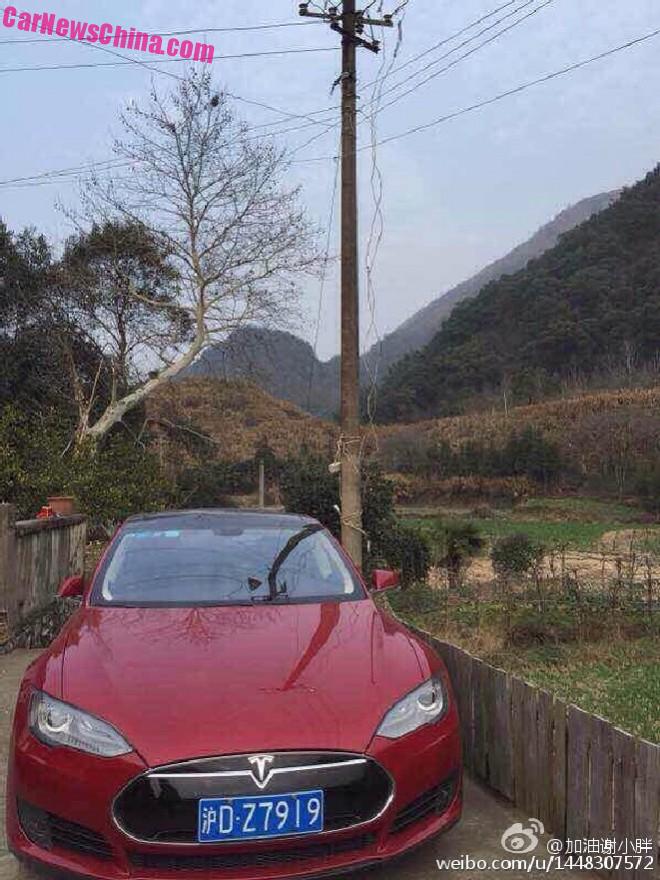