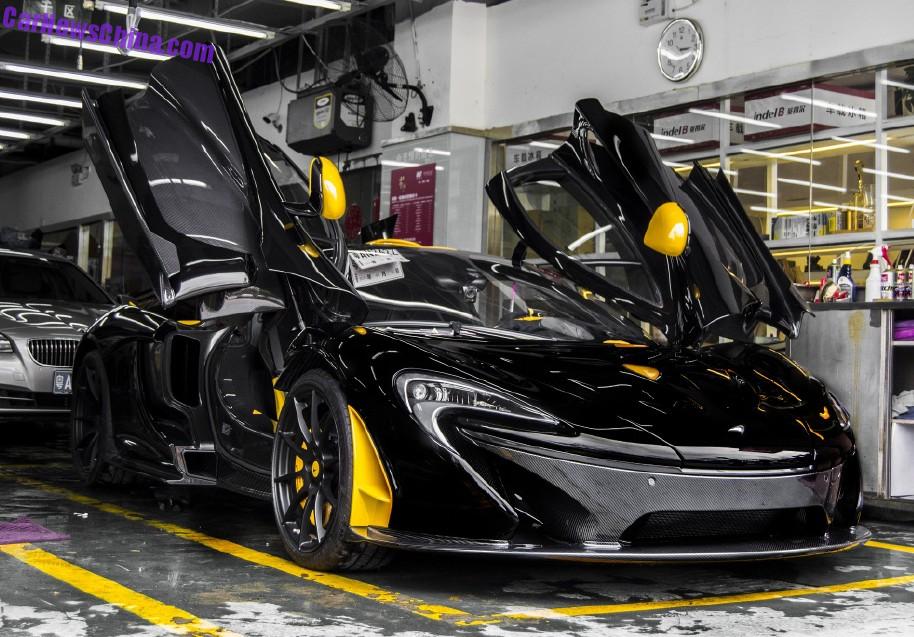 An absolutely fantastic McLaren P1 supercar, Spotted in China in the great city of Guangzhou by FlyKnit. The P1 is painted in black and yellow, making for one the maddest Mecca’s in the world. The vehicle was commissioned by McLaren Special Operations (MSO) for a Chinese gentleman working in the fashion industry, nicknamed ‘Tofu Lee’.

The black and yellow theme is especially strong at the back, with a yellow bumper and wing. 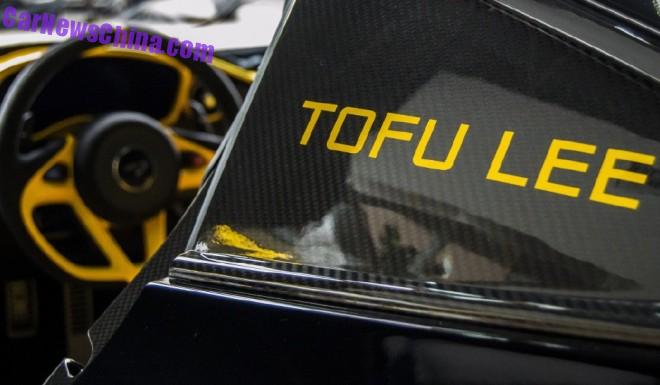 What is better than having your own name on carbon on a P1..? Interior in black & yellow as well. That steering wheel looks brilliant! 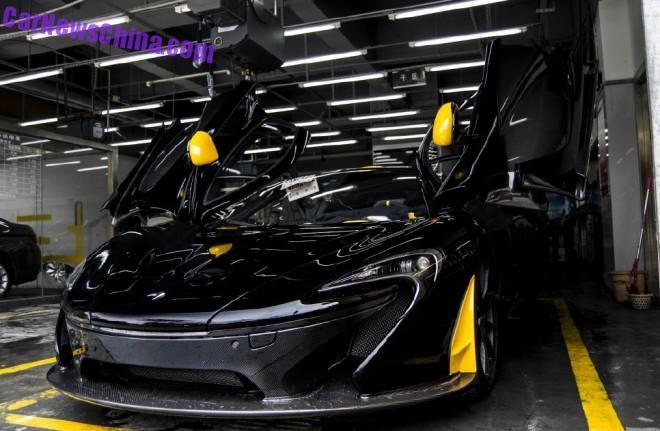 This black-yellow example is the fifth P1 in China we know about, after: yellow in Guangzhou, purple in Guangzhou, one completely mad in Guangzhou, and one lime green in Shanghai. That also means that 80% of all P1’s in China are living and racing in only one city. 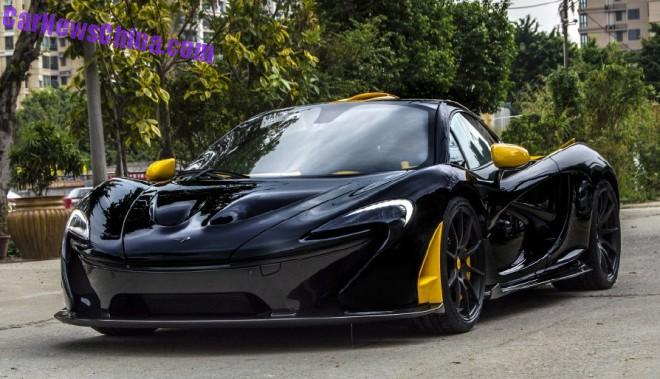