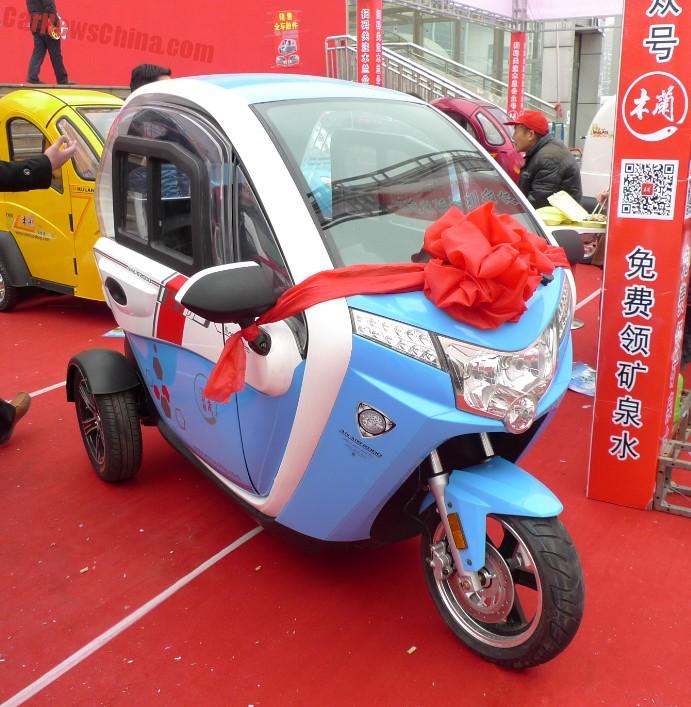 The Anai G2000 was one of the coolest vehicles I saw on the show. Design is somewhat influenced by the Renault Twizy, notably at the rear, but not too much. And anyway, the Twizy has four wheels, not three, as other Chinese LSEV makers know very well. The entire side of the vehicle consists of one see-through plastic door with a fixed white element in the middle for the mirror and door handle. Rear wheels come with five-spoke triple matte gray alloys. 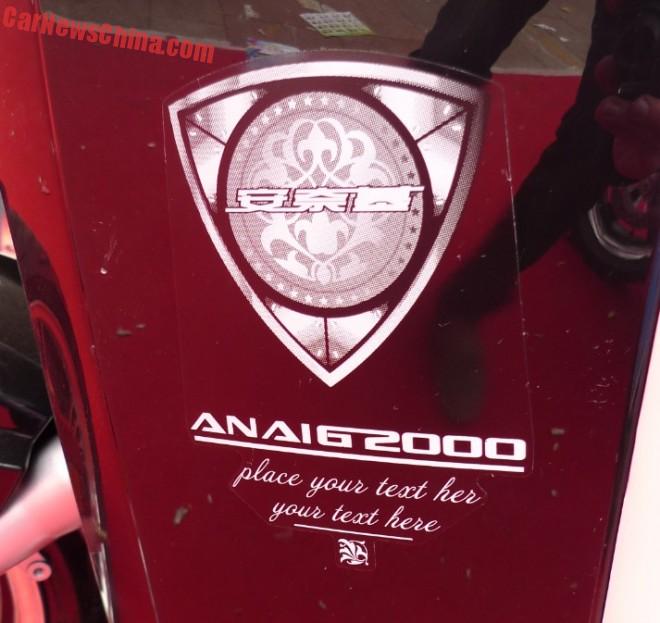 ‘Your text here’. Somebody has been playing with the decal-making software again. 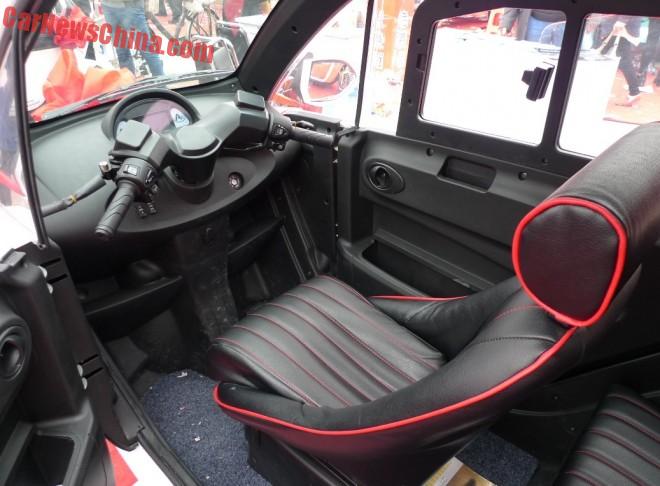 The interior is very racy too. Typical tricycle set-up but with a large and heavy handlebar for steering, a centrally positioned instrument pod, and superbly cool black fake-leather seats with red stitching. 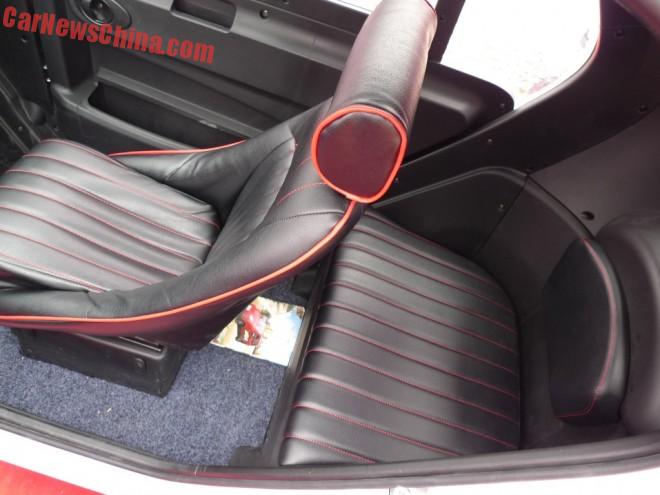 Even the rear-seat is redly stitched. 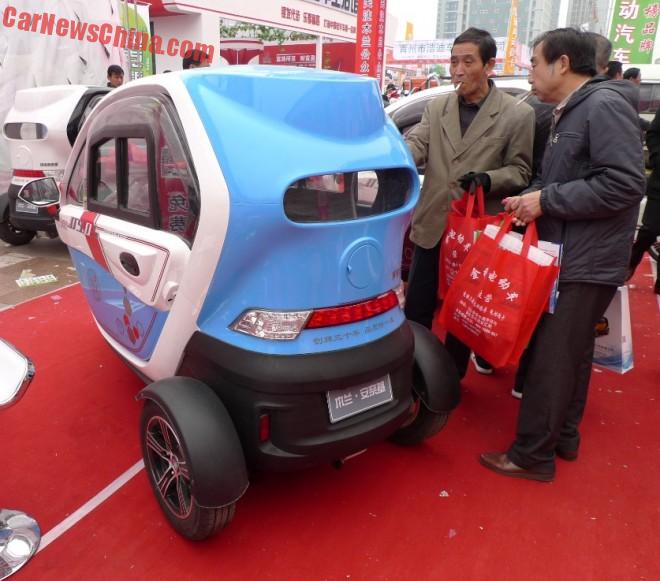 Smking men inspecting a blue example. The rear is Twizy-like but the Anai G2000 has a window where the Renault has lights.

The Mulan Anai G2000 is manufactured by a company called Jinan Mulan New Energy Corporation (web), based in the great city of Jinan in Shandong Province and thus operating on its home turf here on the show. The company makes a range of electric tricycles and a single four-wheeler. 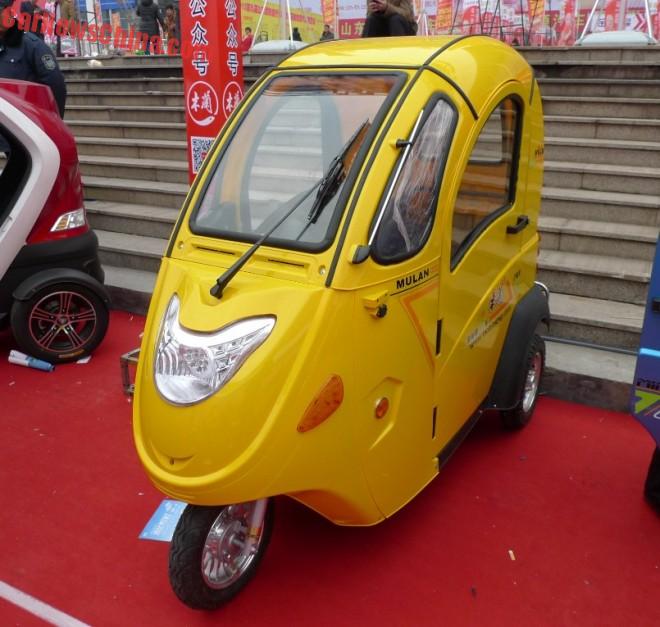 This is where they came from; the Mulan Mini, a very basic tricycle with a 0.75 Kw motor. 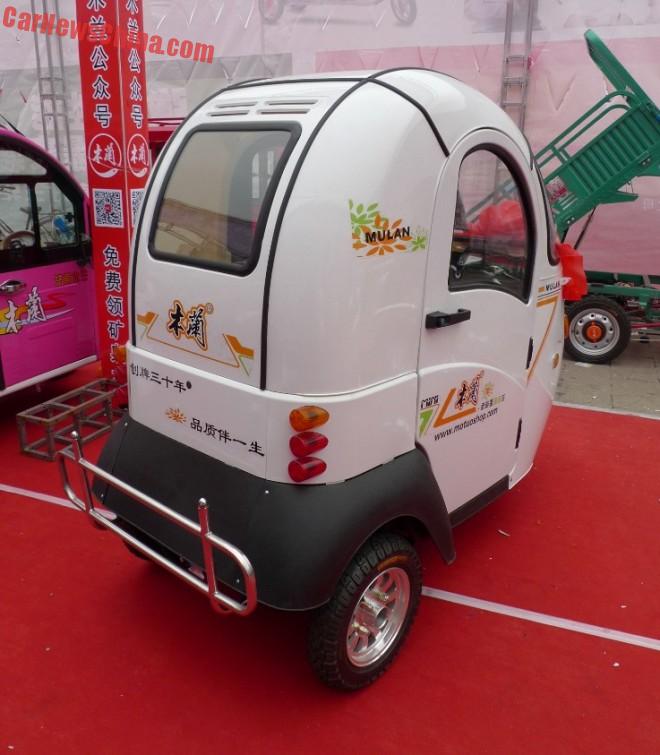 It looks really round from the rear and the bumper is a brilliant piece of work. Taillights toy-like. 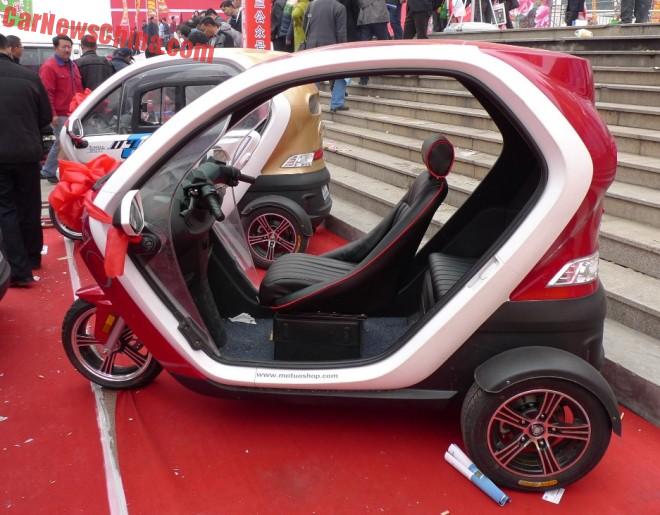 Back to speed! Mulan also makes a version without doors, with the mirrors mounted on a plastic panel than doubles as a wind-deflactor. 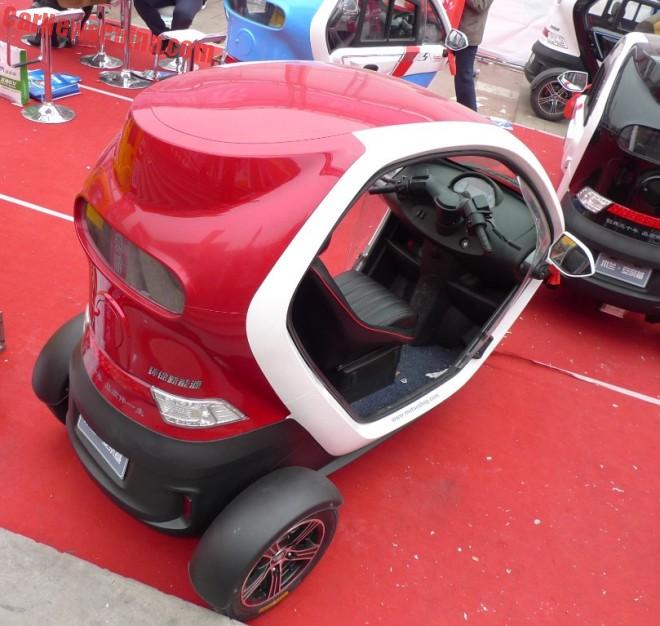 Roof seems flat enough for a luggage rack, as there isn’t much space for the bags elsewhere inside. 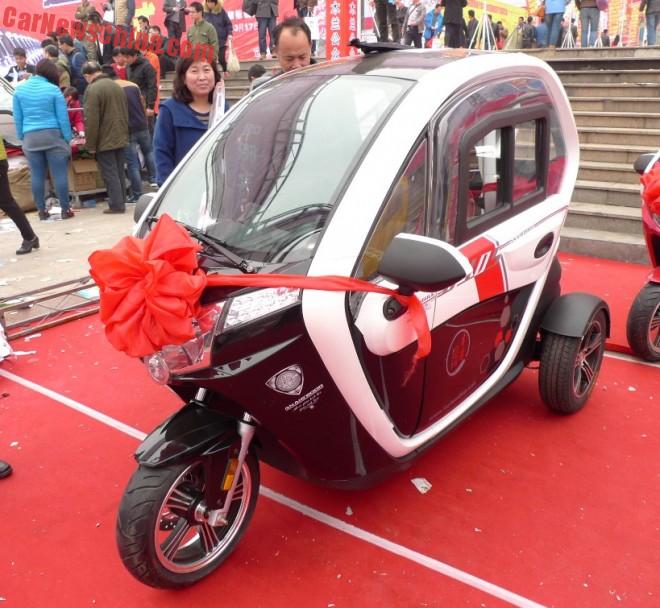 I want mine with a red ribbon too.