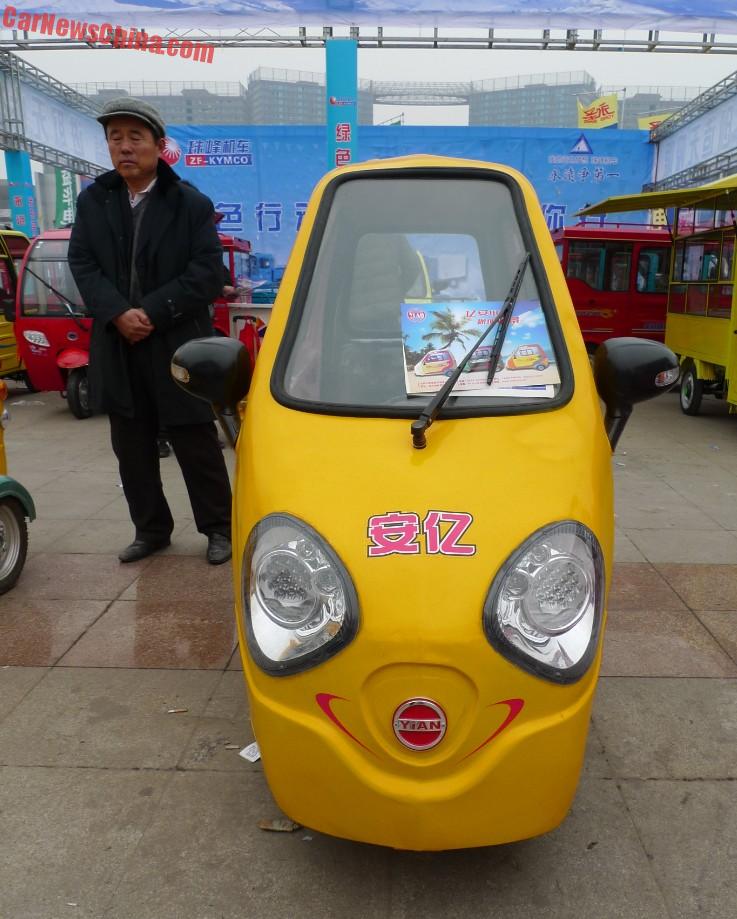 This is the wonderful Yi’an YA II City Tricycle, a new low-speed electric vehicle (LSEV) from China, seen last month on the Shandong EV Expo  (intro) in Jinan City. It was absolutely one of the weirdest and greatest vehicles on the show, featuring a front with a smile, pink-character decals, an impossible narrow plastic body, a large windshield with a single wiper, and huge black mirrors. The man in black with a hat was the owner of the company, we said ni hao and exchanged cards, but he was not of the talkative kind.

The Yi’an YA-II City Tricycle is a two-seat tricycle aimed at city folk traveling short distances to work and market. This kind of tricycles are very common in China, but the design of the YA-II is just very special. More speedy decals on the sides, rear wheel arches in green covering the thinnest wheels I saw on the show. They are even thinner than the ones fitted on my electric scooter! But I guess the tricycle platform will give the YA-II some stability. 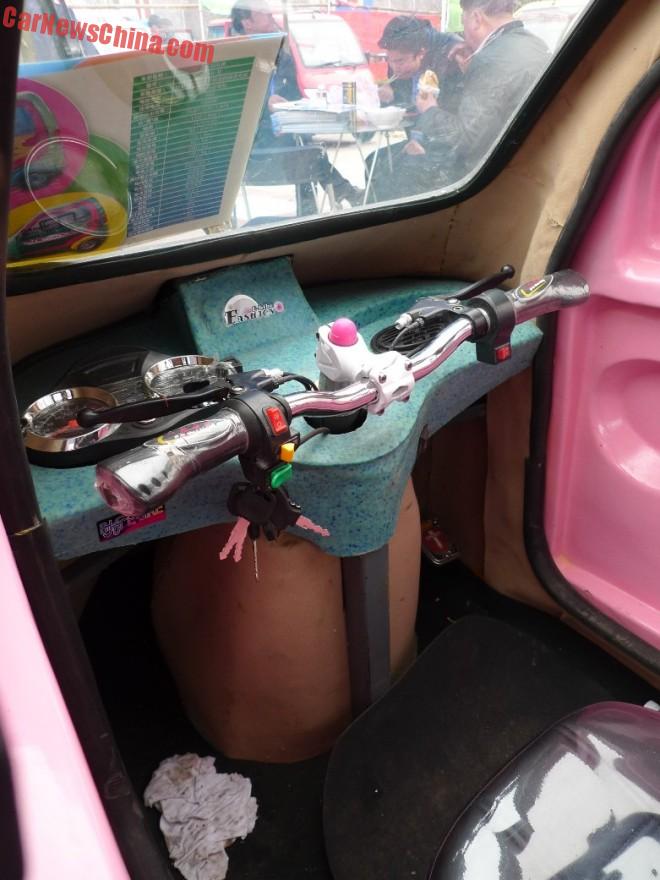 All Pink inside. Good. Pink doors and a Pink (pleasure?) knob on the handle bar. Dash in light green with dark green specks. The instrument panel is located on the left, and a single air vent on the right. 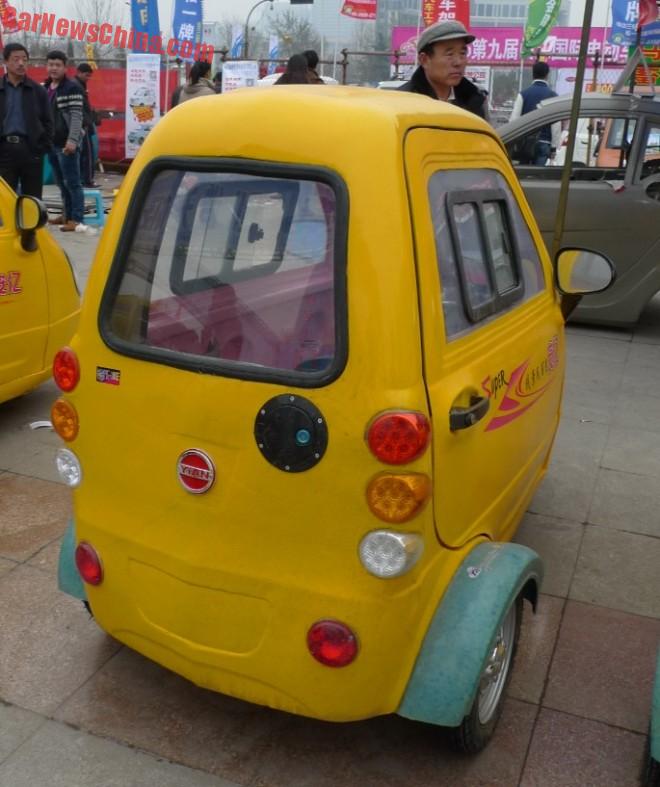 The YA-II charges via the back. Large rear lights for much-needed visibility, and it even has two fog lights.

The Yi’an YA-II City Tricycle is manufactured by a company called Shandong Yi’an Electric Vehicle Corporation (web), based in Chiping County, near the great city of Liaocheng in Shandong Province. The business was founded in 2013 and currently consists of four workshops with a total annual capacity of 30.000 vehicles. Besides the YA-II the company makes various electric tricycles aimed at the elderly. 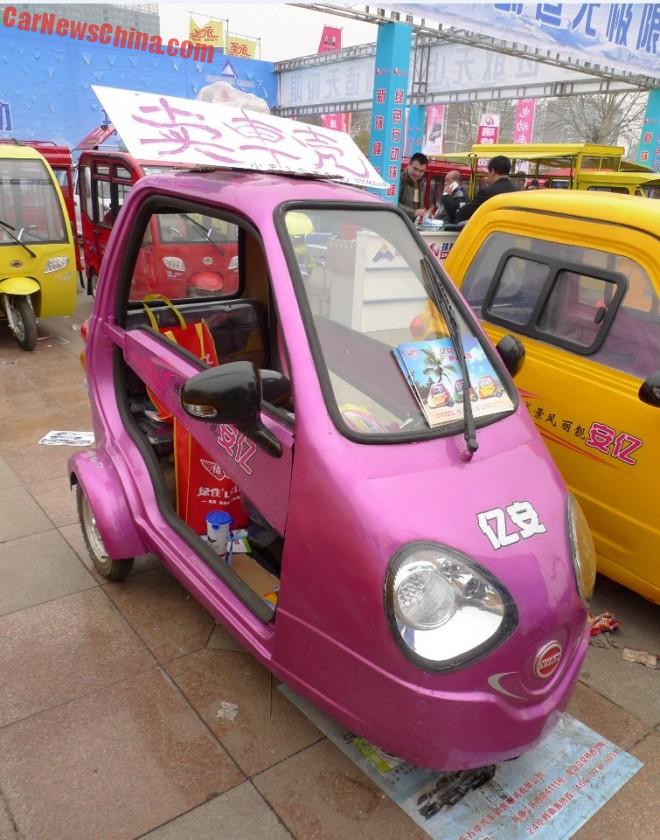 They also had a Pink example with Twizy-style doors. Very colorful and very airy. 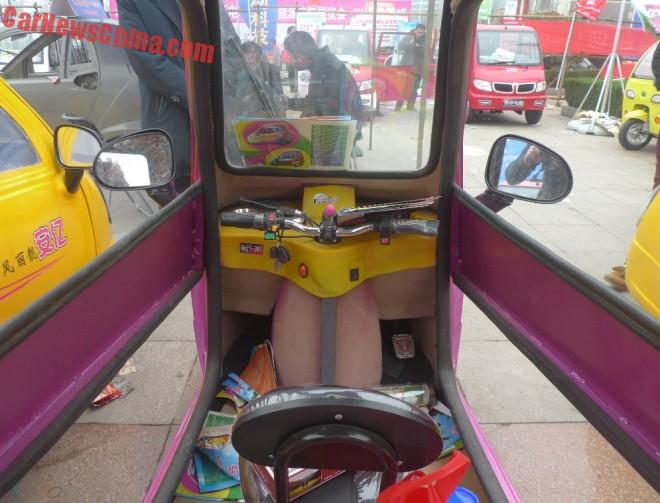 The interior. Panels are Pink again of course but the dashboard is yellow here, although still with a Pink knob. 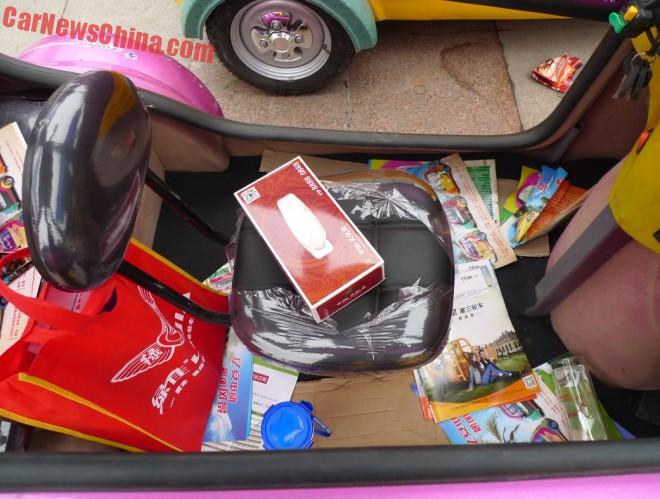 A basic seat, but it will do as long as you don’t corner too fast. Kleenex to clean said knob and a typical mess of brochures, bags and bottles. Many manufacturers, especially the smaller ones, used their vehicles as storage rooms slash garbage cans, and nobody seemed to care, which is kinda hip. 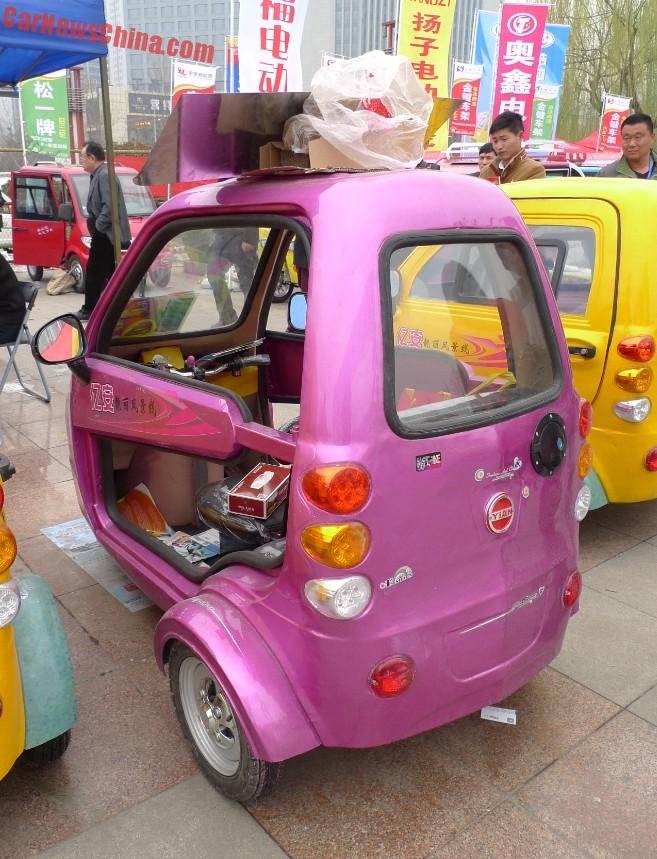 The Pink car had wider and more sporty wheels, looking much better. 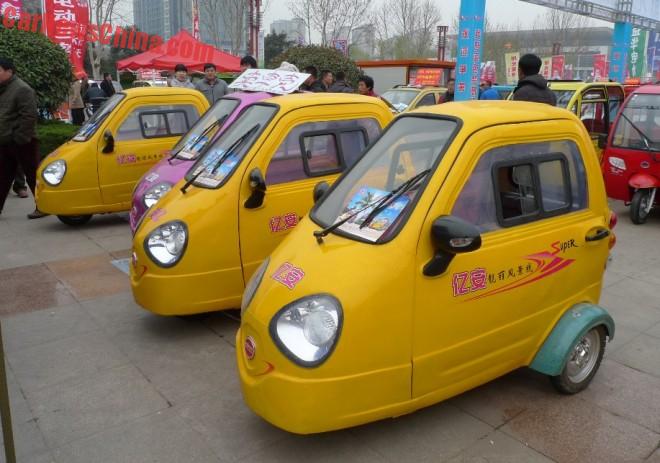 The mighty Yi’an fleet at anchor.