Inside a Secret Supercar Garage in Shanghai, China 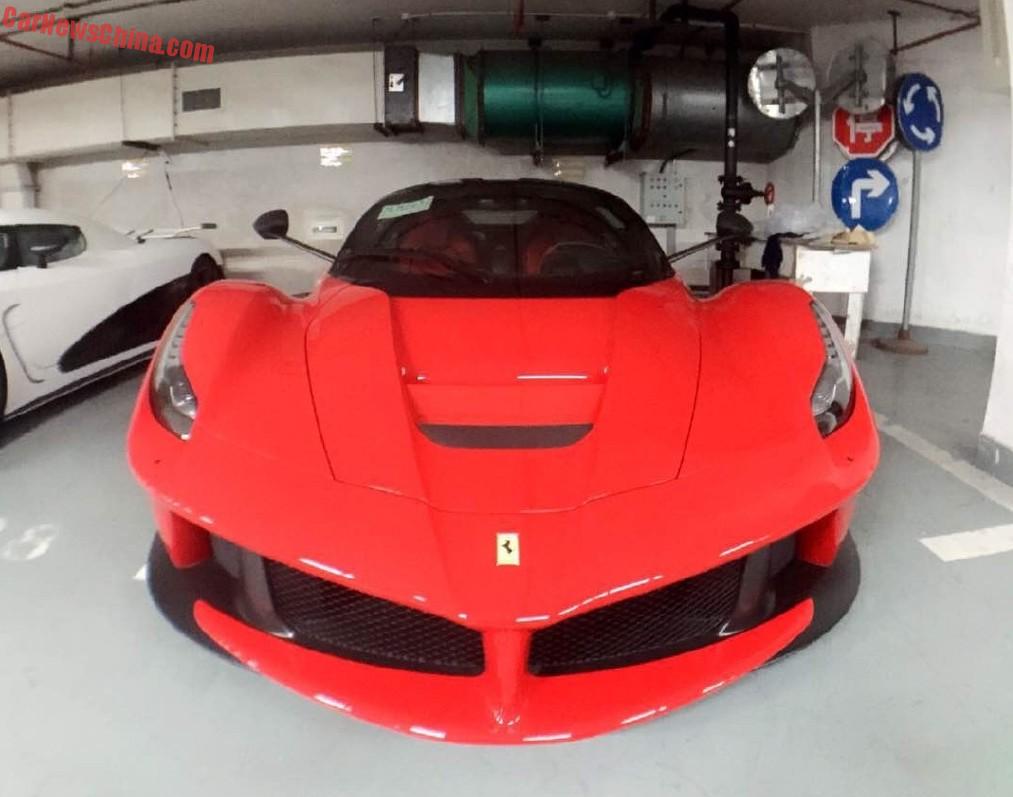 We have received a flock of photos of a secret supercar garage somewhere in the great city of Shanghai in China. Shanghai is one of the richest cities in the country, shifting top 3 with Guangzhou and Shenzhen, so there is always a heavy load of heavy metal to be seen. Starting off with the supercar of supercars; the Ferrari Laferrari. When still available, the speedy Italian went for an astonishing 22.5 million yuan or 3.67 million USD.

[update] The LaFerrari, the white Koenigsegg R, and the McLaren P1 belong(ed) to Qin Fen, alias ‘King’, who crashed the very Ferrari in Shanghai in late April. [/update]

Flipping through to a Koenigsegg Agera R in white and black. The license plate is slapped on the front lip, which we bet won’t be so good for airflow. The mighty Agera R is powered by a mighty 5.0 V8 that poops out a road-burning 1140hp and 1200nm. When new the R did 26 million yuan in China, that’s 4.18 million USD. More expensive than the LeFerrari, but then again, it is faster. 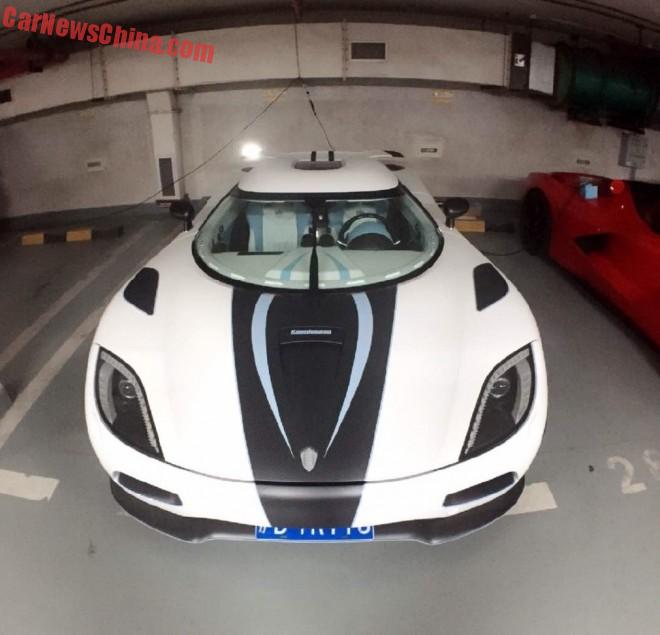 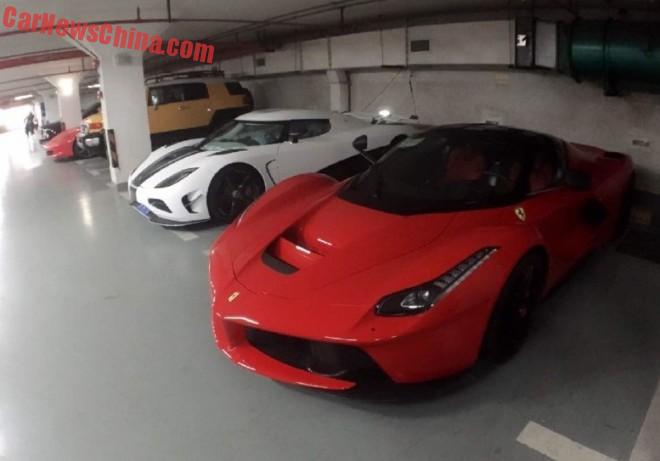 Painted in red with a black roof and a red interior. Alloys in matte black with red brakes. The LaFerrari is powered by a hybrid power train consisting of a screaming 6.3 liter V12 connected to a F1-style KERS system. Total output is 950hp and 900nm. So far we know of six Laferrari’s in China: a red one in Guangzhou, one in Chengdu, a double in Shanghai, one in Beijing, and a first in Shenzhen. 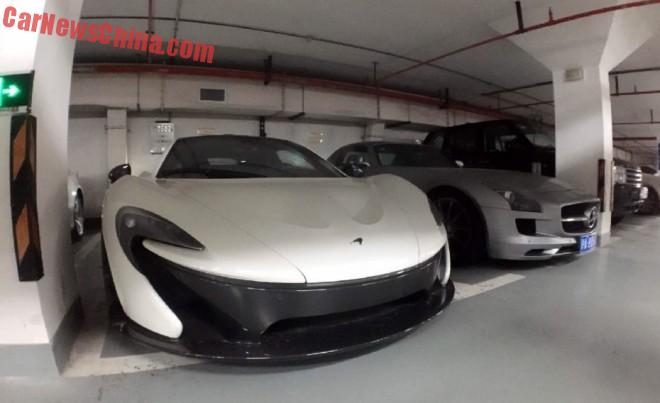 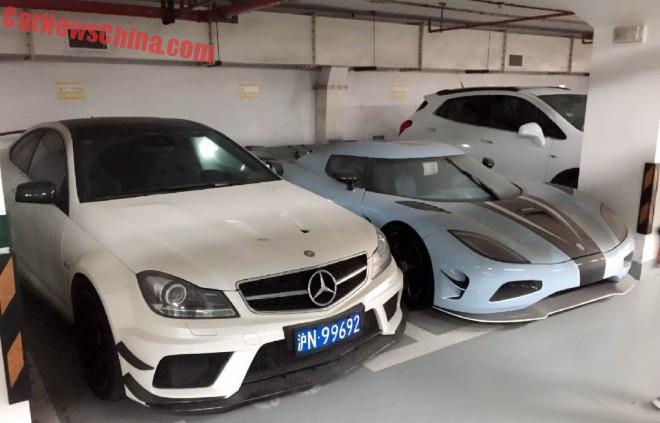 A heavily winged Mercedes-Benz C63 AMG Black Series flanked by yet another Koenigsegg Agera R, looking very dusty there. This blue example is rather special, it is a one-off build for a wealthy Chinese collector, it was proudly shown in public on the 2013 Shanghai Auto Show. But it now needs a clean-up and a ride!