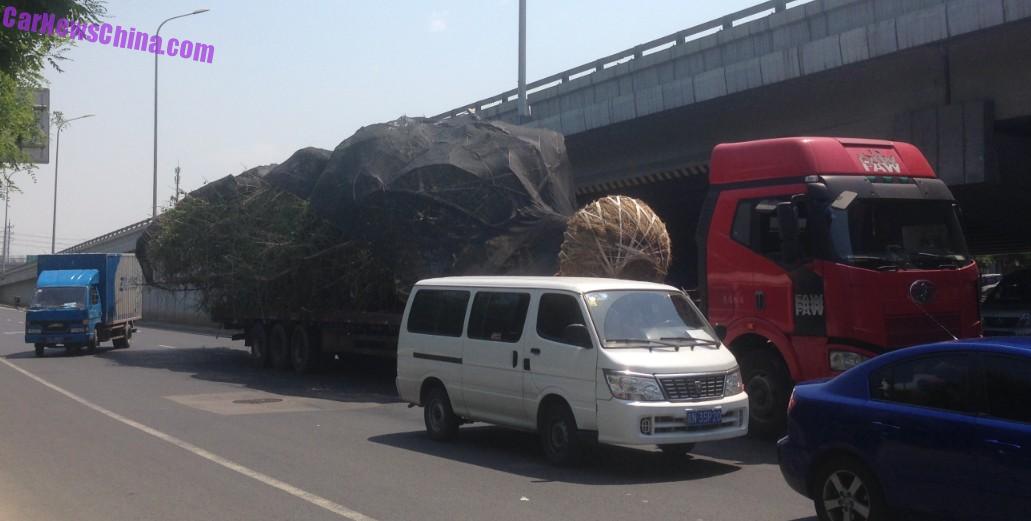 A big red FAW truck transporting a big tree, Spotted in China on the side road of the Second Airport Expressway in the Dongba area in the far east on Beijing. I have seen many a tree transport in the capital, but it the most extreme ever. Note blue truck at the top of the tree… 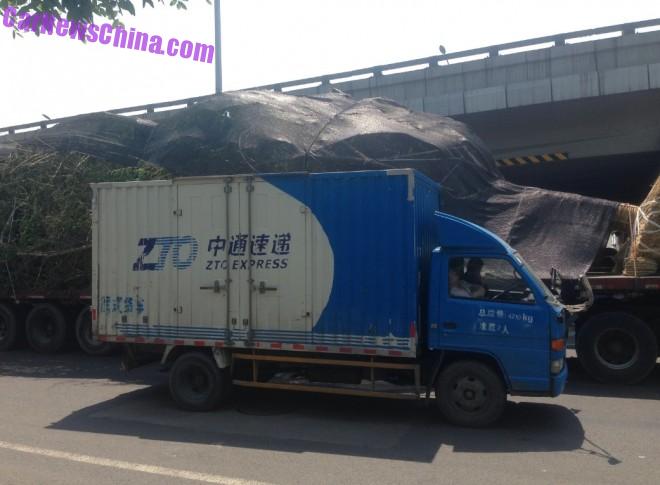 … here it is standing next to the tree, showing how big a mamafoekkoe that is. Tree transports are regular sightings in spring, when trees are moved from plantations in the really-faraway suburbs to the central city area. 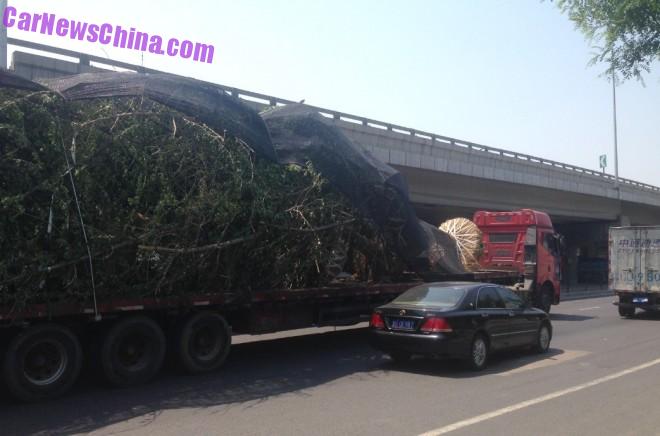 This tree must be at least 25 meters high and some ten wide at the bottom. There aren’t many places downtown that have enough space for such a giant. 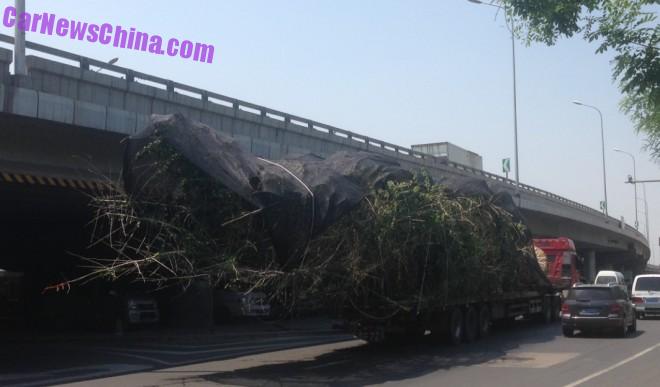 Another truck passing by on the elevated Second Airport Expressway. From here it is only sixteen kilometer to Teminal 3 and 22 to Terminal 2. The tree however stays down on the ground. 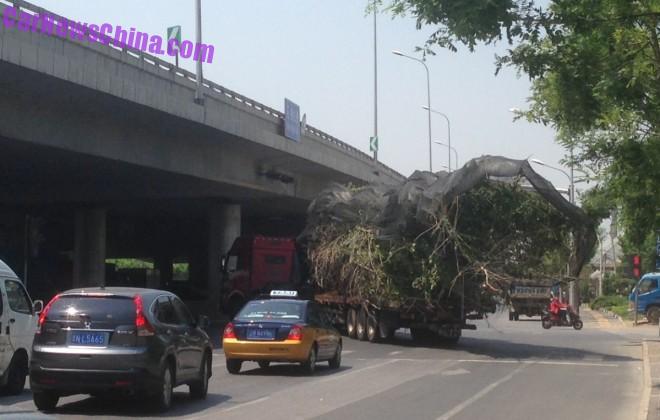 Making a left turn, going under the overpass, … 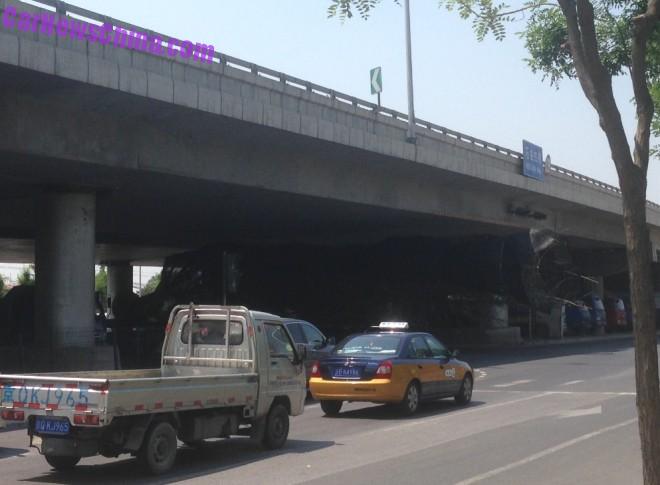 … barely making it trough. Some leaves will arrive a bit rumpled.

A few other tree transporting trucks we saw in Beijing: blue truck, tree in bloom, a really huge tree, and a crashing tree. 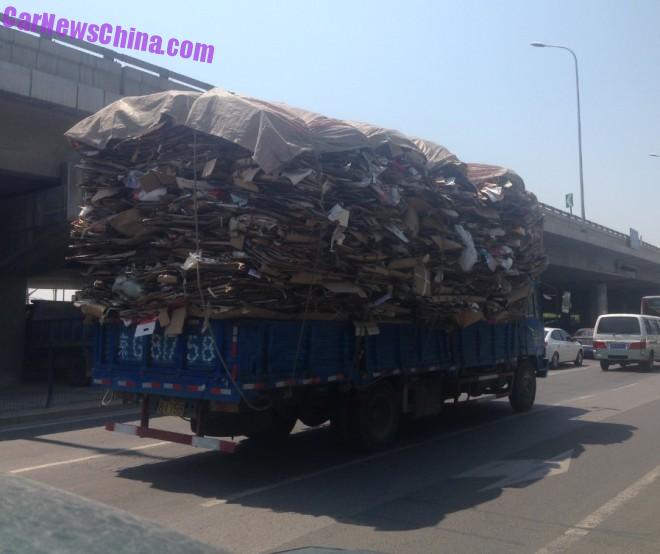 The red tree truck was followed by a slightly overloaded blue paper truck carrying a shipload of carton for recycling.