Is the Youxia X a Chinese Clone of the Tesla Model S, or Not?

Monday we brought you the story of the new Youxia X electric super sedan, powered by a 348hp electric motor and with a range of 460 kilometer. The story went wild all over the world and predictably many a man say the X is a clone and ‘ripoff’ of the Tesla Model S.

But the Youxia X? Yes and no, it seems. New information surfaced since the unveiling reveals that Youxia Motors fooled its investors like they fooled the media, that they bought a Tesla Model S that they might or might not have modified for the X, and that they are using at least some of Tesla’s open patents.

Chinese media are surprisingly negative about Youxia Motors, describing the company’s founders as a bunch of smart ass ‘IT people’ trying to raise capital for their own misty purposes. And there seems to be some truth in that. Various sources (Huangqiu, ITtime Sina, CNR) claim and say the following :

– two years ago the Youxia Motors raised venture capital intended for the development of the Youxia One electric sportscar. One year later they build a single prototype based on the Hyundai Genesis Coupe, used that to raise some more money, and then secretly cancelled the whole project.

They instead used the money to develop the Youxia X sedan, without telling anyone, surprising investors and media alike on the unveiling event on Sunday, and investors are reportedly very pissed off. The company has not responded to these allegations, and has not denied them.

– Youxia Motots used part of the development money for the Youxia One to buy a brand new Tesla Model S. They took the vehicle apart in their facility in Shanghai. The company openly admits this.

– in an interview, founder Huang Xiuyuan denied Youxia Motors used this Model S as a base for the Youxia X that was unveiled on Sunday. He said literally: “the Tesla chassis is still at our factory”.

There is another side to this part of the story: when the X was unveiled Youxia made sure nobody came close enough to take photos of the interior, leading to speculations it is just a Model S in there. Youxia has not responded to this, and only published design drawings of the interior, and no live photos.

– when asked why the wheelbase and wheel track width appear to be very similar to the Tesla Model S Huang replied that these metrics are indeed close to the Model S, but that they were chosen after Youxia studied the Audi A7 and the Maserati Quattroporte, which they see as competitors of the Youxia X. Earlier on Youxia said they saw the upcoming Tesla Model 3 as their main competitor, but we haven’t heard them saying that anymore.

– the company openly says it wants to be the ‘Chinese Tesla’ (中国版特斯拉). 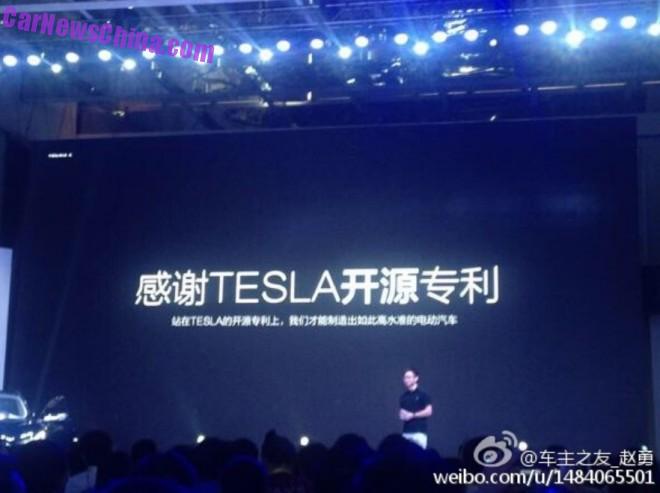 A photo of a slide shown during the unveiling ceremony of the Youxia X. Nothing secret here, the place was packed with media and photos were allowed. On stage CEO Huang Xiuyuan. The text on the slide reads: “Thanks (to) Tesla for opening up its patents”, referring to Tesla’s policy of opening up all its patents for the greater good of the development of electric cars. It looks like they finally found a taker, although Huang hasn’t actually said Youxia is using Tesla’s patents, let alone which ones.

All taken together a rather messy picture, and many questions remain. We can try to answer one: is the Youxia X as shown in Shanghai on Sunday 26-07 a modified Tesla Model S? Let’s have a look.

The side profile shots show that the X has a much shorter front and rear overhang than the Model S. The distance from the front door to the front wheel arch is also significantly shorter on the X than on the Model S. However, the entire bodywork of the X from the A pillar to the C pillar appears to be a Model S, including the shoulder, with some modifications on the C-pillar. 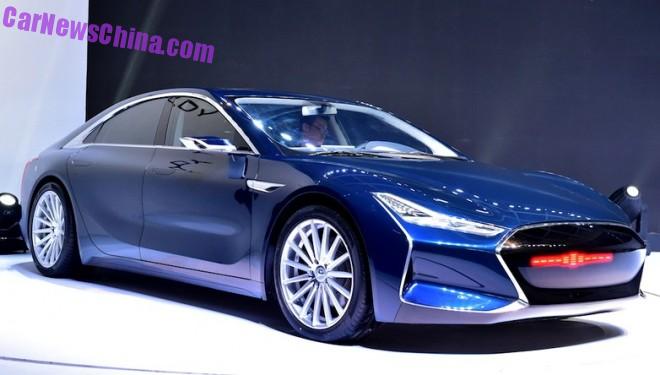 Roof line appears to be the same. Design of the rear door differs, with a different position of the door handle. 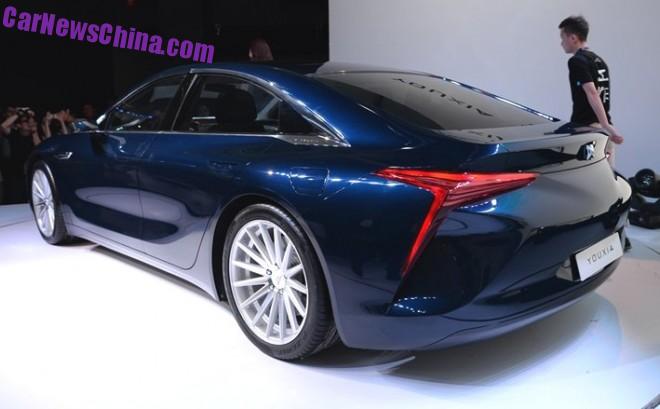 The rear end differs completely but we got to focus again on the roof line and the C-pillar. It seems Youxia extended the chrome line to the shoulder, and straightened the chrome line on the shoulder, making the lines meet further to the back and lower then on the Model S. There also sits a ‘fuel cap’ on the X just above the rear wheel. Not sure whether it is real. It could be for the charger, whereas the Model S charges via a panel hidden in the left-rear light unit. Rear lights of the X are nicked from the Lexus LF-LC concept. 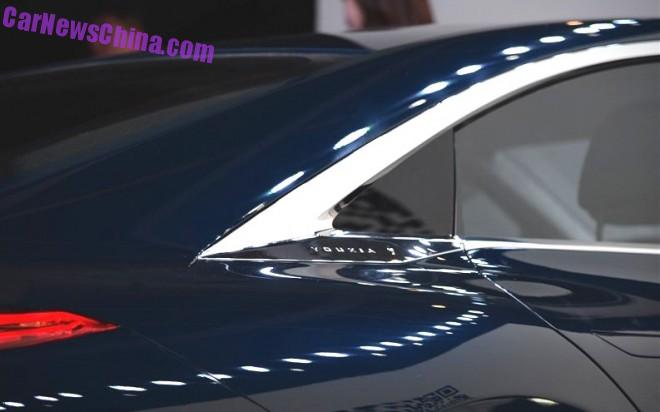 The C-pillar with the Youxia name and logo. 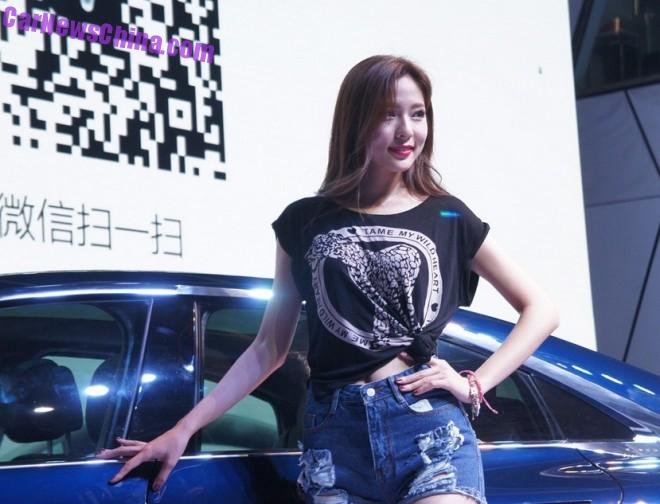 And the girl says: Huang Xiuyuan denies the X shown on Sunday is based on the Model S they bought and took apart, but the photos tell a different story, seemingly showing that Youxia used at least the complete center section of the Model S for the X. This of course does not mean the production car, if it ever makes it to the market, will be S-based as well, but it all sure doesn’t look too good.