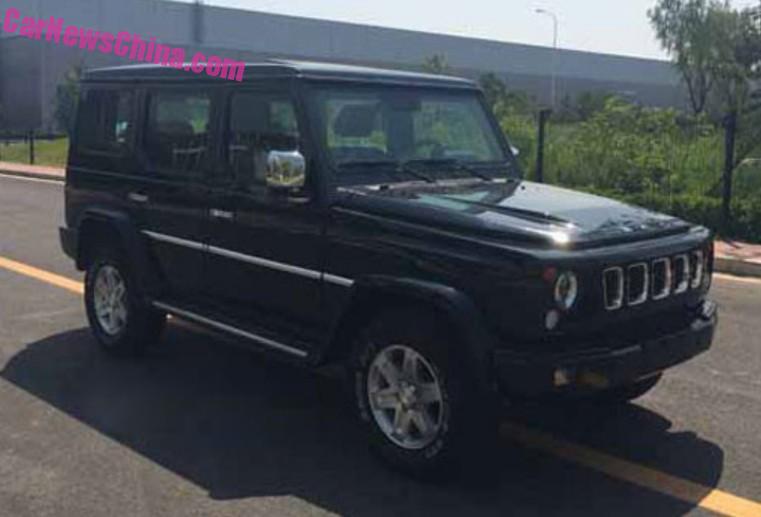 Persistent rumors say Daimler was very unhappy with the BJ80 and tried to convince BAIC to kill it, which the main reason the BJ80 is still not on the market, according to the same rumors. It now appears parties have reaches some sort of compromise, and the BJ80C is a go. 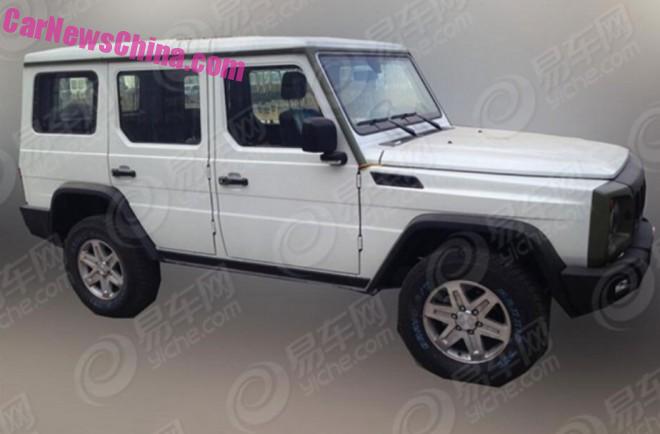 This white example appears to be a basic variant, without all the chrome and with a simple black front.

New news on the engines, as usual: up until now we heard that the BJ80C was going to be available with a 2.4 liter four-cylinder petrol and a 4.0 six-cylinder petrol. The latest reports in Chinese media however indicate the B80C will get a Saab-developed 250hp  2.3 turbo under the bonnet. 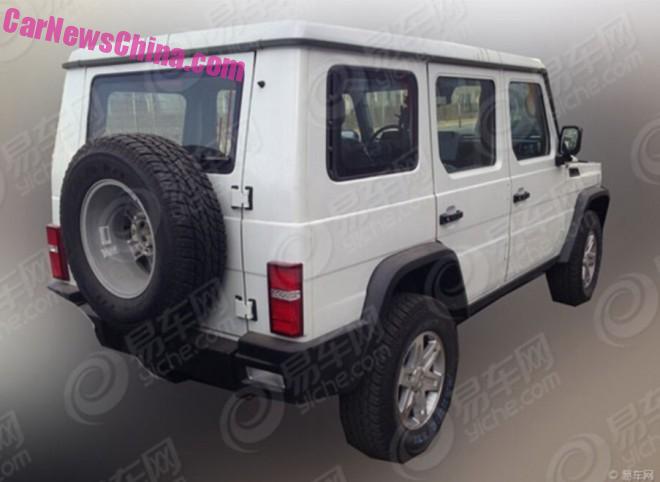 Spare wheel uncovered on the simpleton, but taillights and alloys are the same.