Borgward BX7 unveiled, to be made in China 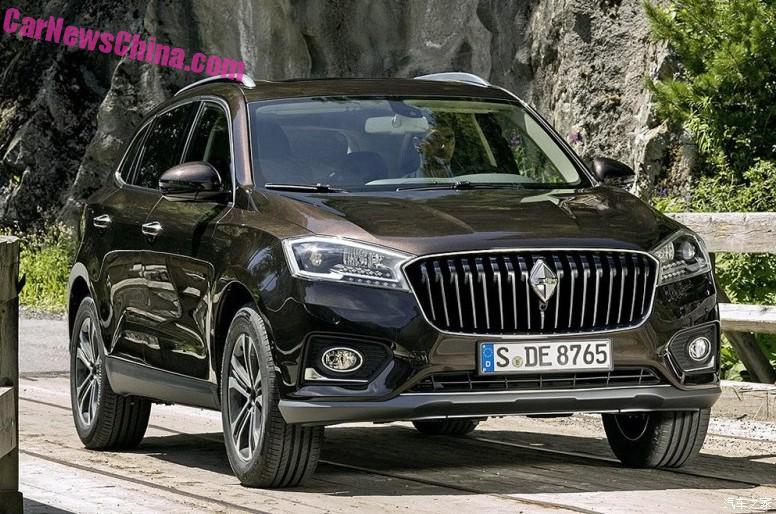 The resurrected German Borgward brand has released the first photos of their new Borgward BX7 SUV, which will be officially unveiled on September 15 on the Frankfurt Auto Show. The BX7 will be manufactured in the Chinese capital Beijing, under an agreement between Borgward and Foton Motor. Debut in China is expected for the Guangzhou Auto Show in December.

The Borgward BX7 will be available with three powertrains:

Transmission is an eight-speed DCT, sending power to all four wheels. 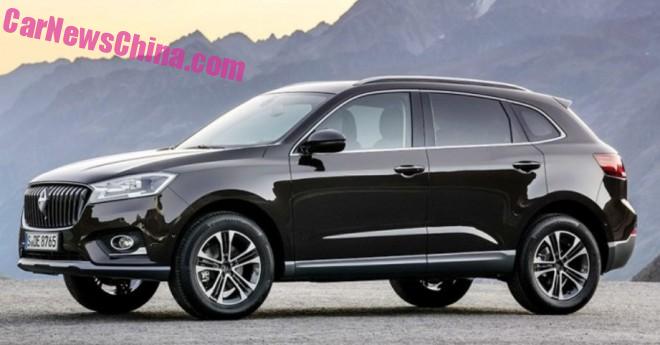 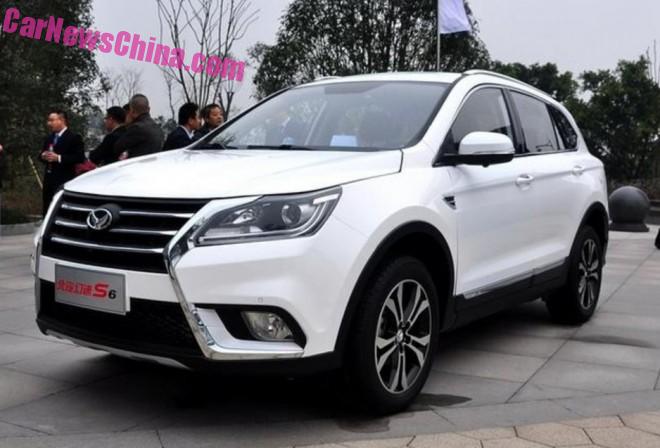 The Borgward BX7 appears to be at least partly based on the upcoming Beijing Auto Huansu S6. Design of the BX7 and the S6 is very similar, bar for the grille, lights, and front bumper. The BX7 has a length of 4600 mm, the S6 a length of 4688 mm. Check roof line, window line, lower window line, bonnet, bonnet-to-window, shape third-rear window, shoulder line, and the shape of the arches.

The Huansu S6 will be launched on the Chinese car market in Q4. The S6 will be available with two four-cylinder petrol engines: a 1.5 turbo with 150hp and 215nm, and a 2.0 turbo with 201 hp and 290nm, both mated to a five-speed manual or a six-speed automatic.

The 2.0 turbo is an old Saab-unit that BAIC bought from General Motors in 2009. The engine is used in various BAIC products. It is not sure if this is the same 2.0 turbo that will power the Borgward, but 23 hp can’t be hard to find, with some chip tuning or with a stroke of the keyboard… 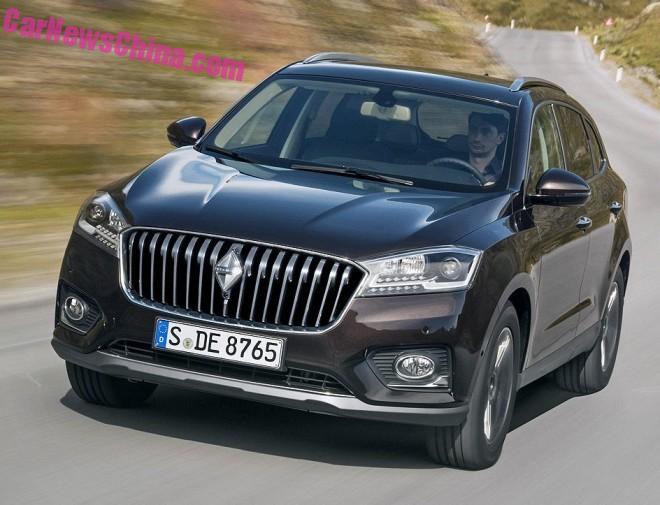 Whether the Borgward BX7 will succeed is uncertain. Chinese car buyers can choose between more cars than in any other market in the world, including zillions of similar sized SUV’s, and the Borgward name is completely unknown. They also have no dealer network, but it is possible that the BX7 will be sold via Beijing Auto dealers, as some sort of upscale variant of the Senova range.

More as we get it, and we will get more very soon. 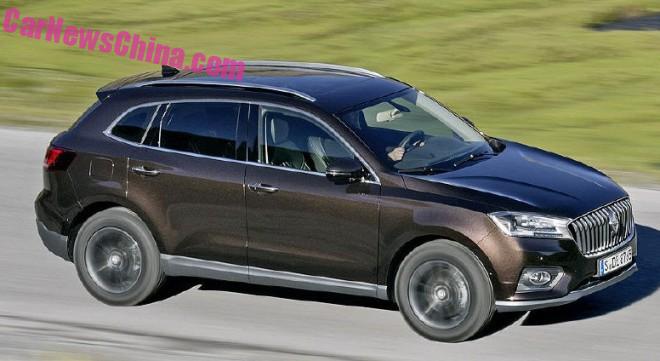 The Borgward at speed.