New Photos of the Qoros 5 SUV for China 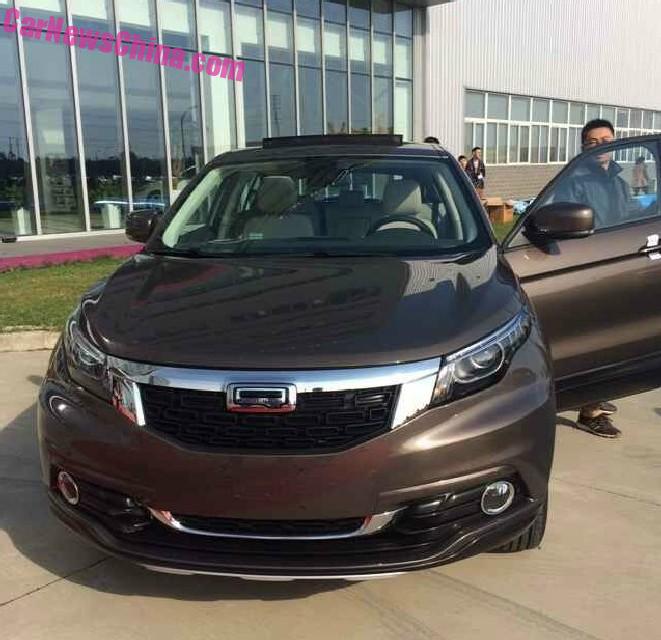 We have a boatload of new photos of the new Qoros 5 SUV for China, including one in brown and one in white. The 5 SUV, with ‘SUV’ being part of the name, was previously known as the Qoros XQ3 SUV. It will debut on the Guangzhou Auto Show in November and hit the Chinese car market in early 2016.

The 5 SUV comes with a heavily chromed grille, enormous headlights that reach all the way to the top of the wheel arch, Evoque-like fron fenders, small wheels, and a huge panoramic roof. 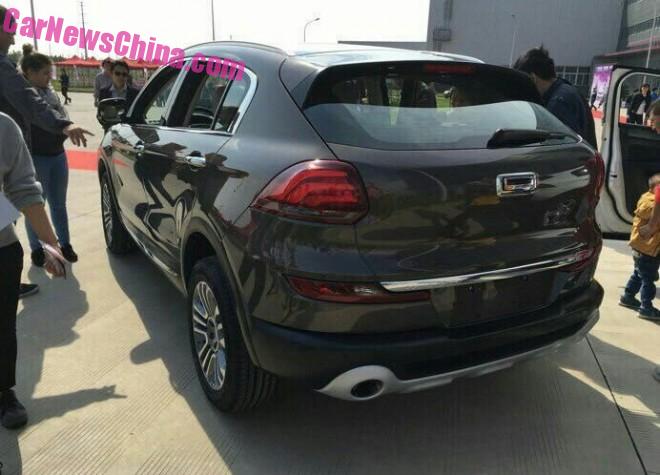 Taillights all red. Large spoiler above the window. Roof rails are sadly and badly completely useless. Large Qoros logo. Chrome strip on the low end of the hatch connects the secondary light units. Great looking bumper section with the exhausts roundly integrated in the skid pad.

The Qoros 5 SUV will be the flagship of the Qoros range. It stands on exactly the same platform that also underpins the Qoros 3 Hatch, the Qoros 3 City SUV, and the Qoros 3 Sedan. The platform is not enlarged or stretched or otherwise altered, as we and other media were made to believe earlier on. The 5 SUV is basically a dressed & jacked up variant of the silly City SUV.

The 5 SUV will get the same 156hp 1.6 turbo that is also available in the other Qoros cars, mated to a six-speed DCT. However, we are hearing persistent rumors about an additional engine, most likely a 1.8 turbo with about 180hp, but this hasn’t been confirmed yet and we don’t really count on it anymore. 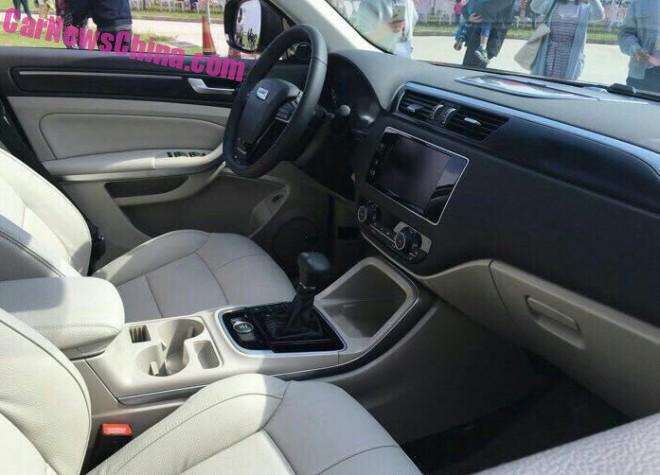 Dash very similar to the Qoros 3 trio. Much lighter in here than in the all-black interior we saw earlier on, due to the beige lower dash, center tunnel, and seats. Start button located in front of the gear lever. 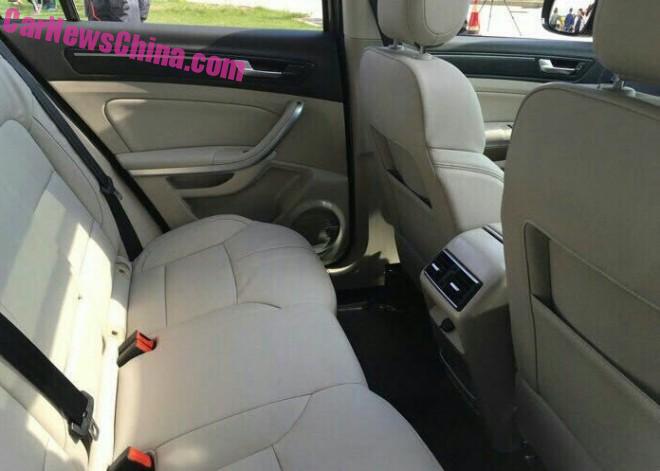 Best look in the back so far. Just big enough for three but not overly spacious for the legs. 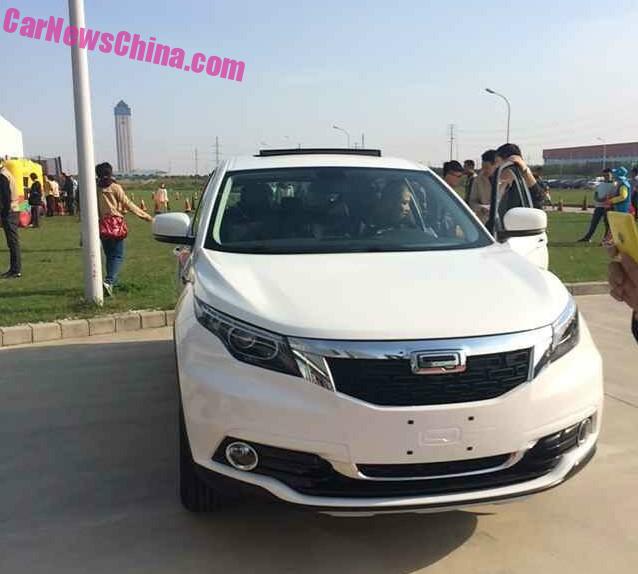 Chromed grille less visible on white car, but still looking better than the brown one. 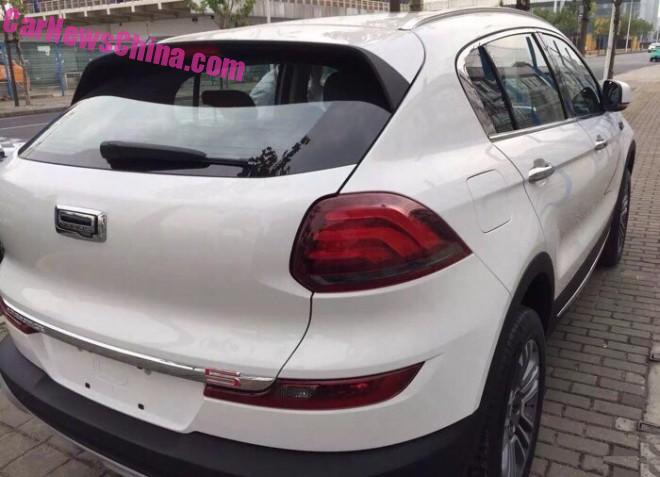 Too bad the wheels are so small. That’s what you get when you jack up a car but don’t change the platform. Still, there seems to be enough space for a few inches more. 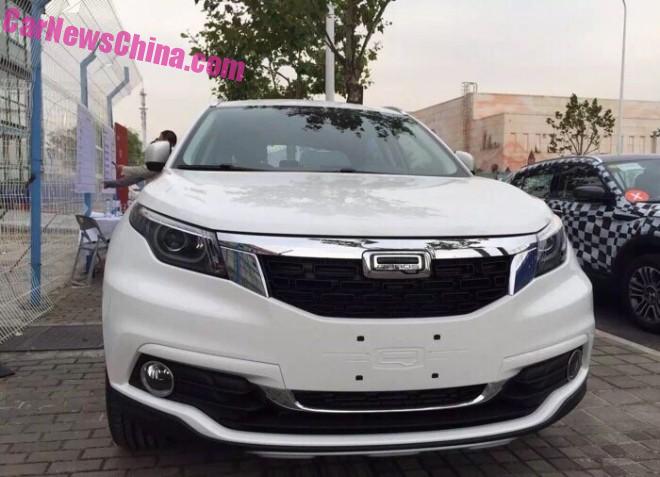 Mysterious camouflaged car on the right. We will try to find out more… 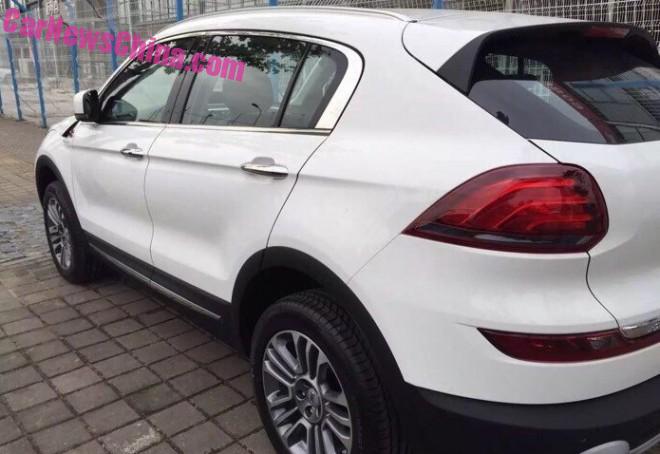 Rear spoiler is really huge, partly in body and partly in black. Rear lights are more side lights than rear lights. Chromed door handles. Thick chromed strip on the D. And oh no those wheels. Not just not big enough, but also far too narrow.