Guangzhou-Toyota Leahead i1 EV arrives at the Guangzhou Auto Show 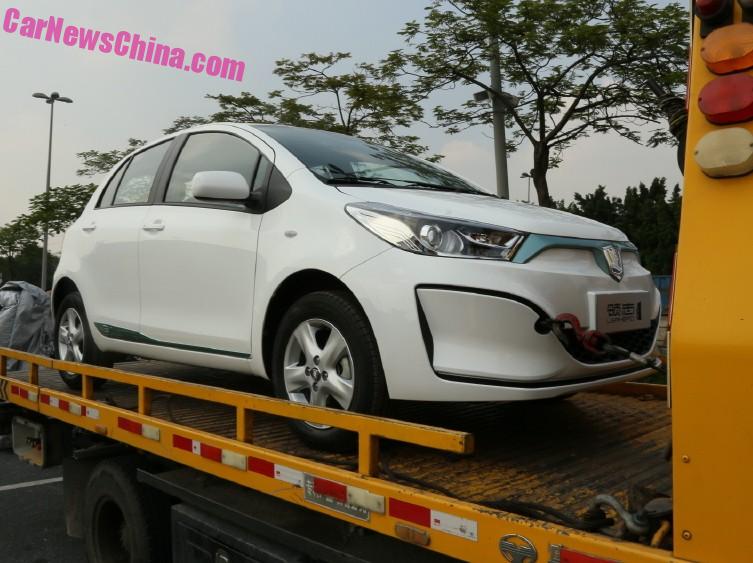 This is the production version of the Guangzhou-Toyota Leahead i1 EV, a new electric car for China. It was spied earlier today, arriving on a stinking diesel-powered truck for the Guangzhou Auto Show. The i1EV debuted as a concept in Shanghai in April. 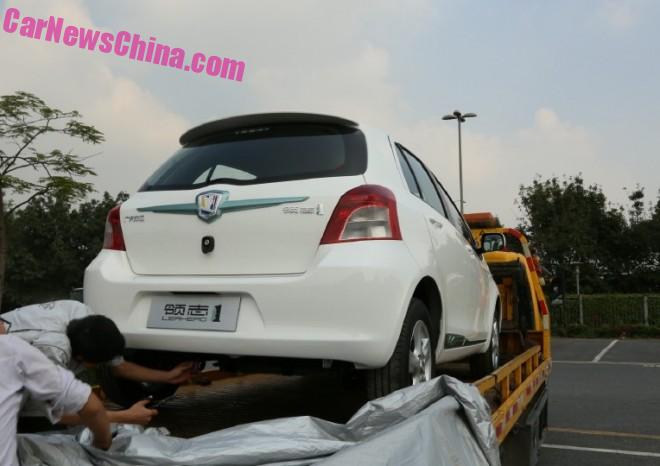 Initially, the i1 will launch as a lease-only demonstration project, similar to what BMW does with the Zinoro 1E. The i1 is based on the previous generation Toyota Yaris hatchback (not on the new Yaris L). Power comes from an electric motor with an output of 95hp. Zero to fifty takes 3.67 seconds, and range is said to be only 128 kilometer, which would make it pretty useless outside the city. 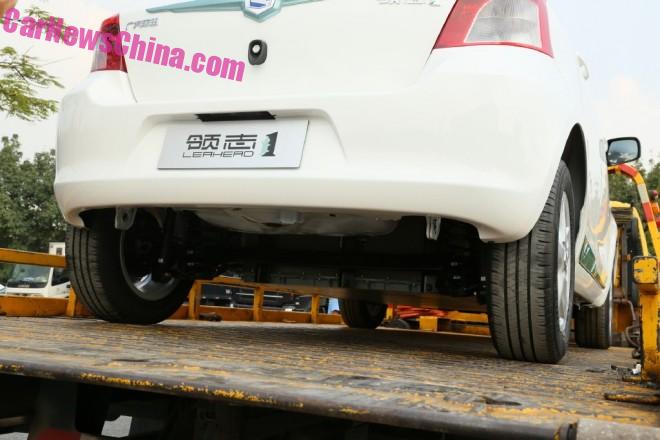 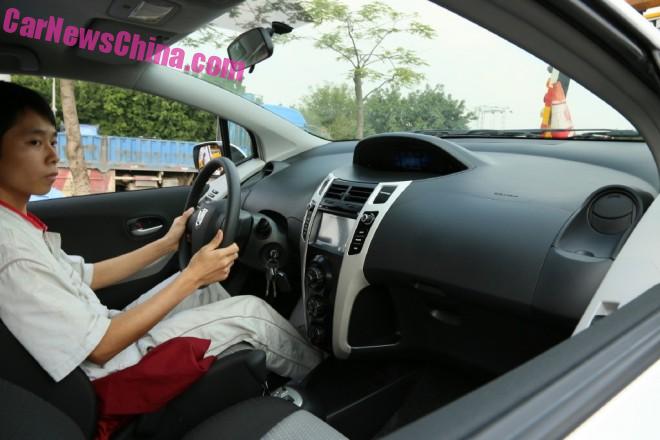 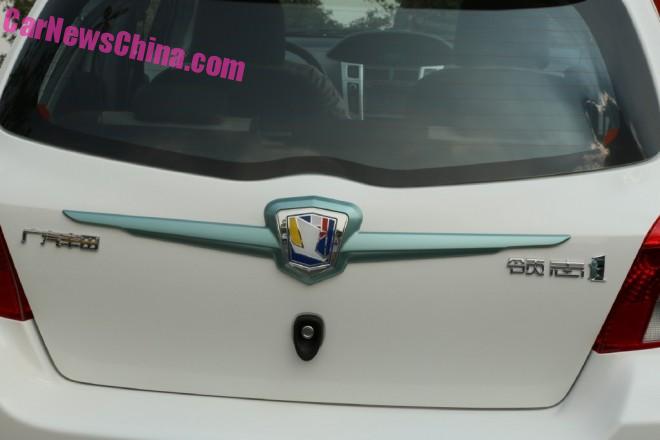 The crazy LeaHead logo depicting a white bird. Ornament is in blue-green (!). 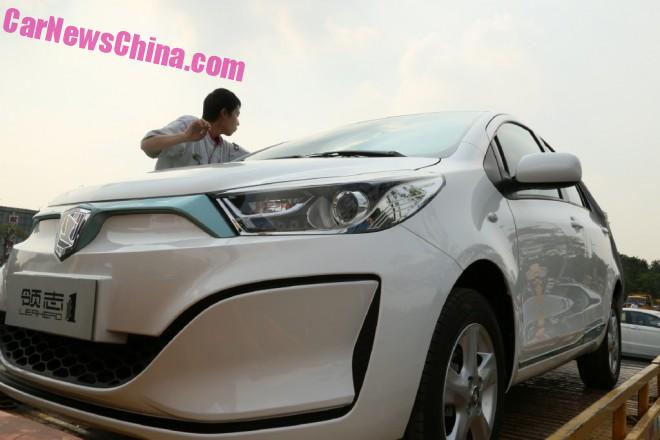 Some more blue-green at the front. Well, that is nice. Bumper seems broken, but is actually designed.