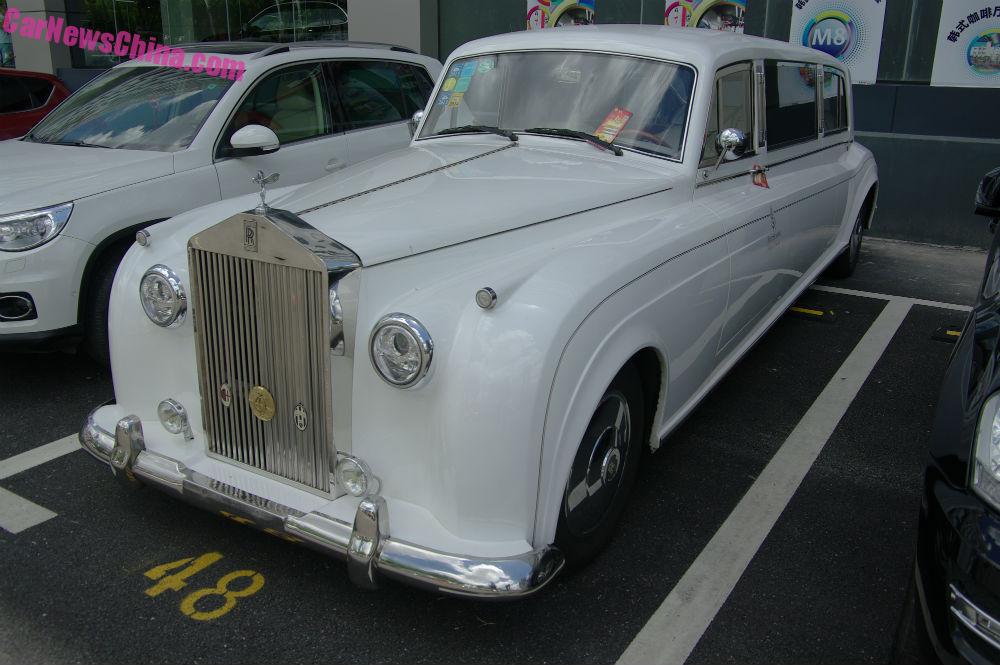 A massive Soar Automobile 1961 Rolls-Royce Phantom stretched limousine, Spotted in China at the M8 Luxury Car Mall in the great city of Shanghai by Reader Antoine Chalendard, thank you for the pictures!  The Soar looks brand new, painted in virgin white with a heavily chromed grille shiny bumpers.

The interior is just brilliant with loads of fake wood and faux leather. The dash has been modernized a lot over the years and now comes with an infotainment system! Dials and air vents are more Rolls-Royce like, and the steering wheel looks vintage 1960 with a Rolls badge in the middle. Seats in white with a black line, very comfortable, with a small armrest in the middle. 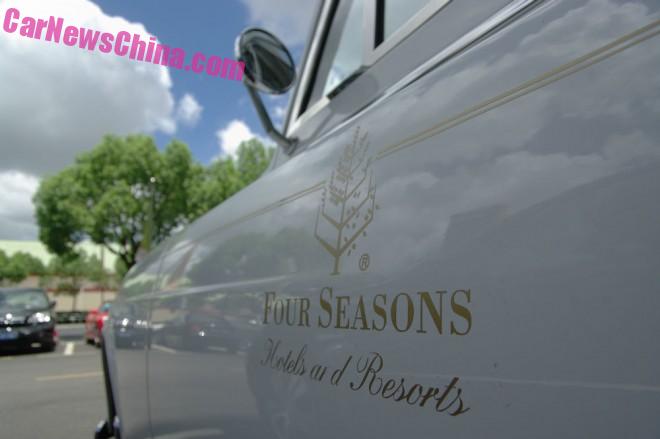 This particular car was apparently built for a Four Seasons hotel.

Soar Automobile is a company from the great city of Qingdao in Shandong Province, specialized in making ‘wedding cars‘ and other specialty vehicles. Such wedding cars are used at wedding parties and for wedding-photo shoots, and some hotels use them for ferrying guests around. Soar also owned the famous Jinma brand, which manufactured even weirder classic-looking retro cars.

The company is presently trading under the Jory name, making police cars and ambulances and such so. The Chinese name is still the same (索尔, Suo’er = Soar). A while ago we heard they had ended production of the Rolls-Royce, but we are seeing them a lot recently, and that most likely means production has started again. 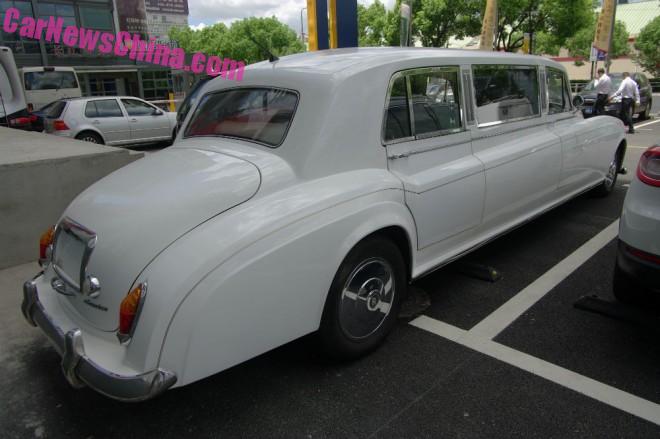 Far too big for a parking lot. The Soar Automobile Rolls-Royce needs all the space in the world. Shanghai seems to be crawling with the things; a while ago we saw another white one, and a bot longer ago one in beige. And see further below… 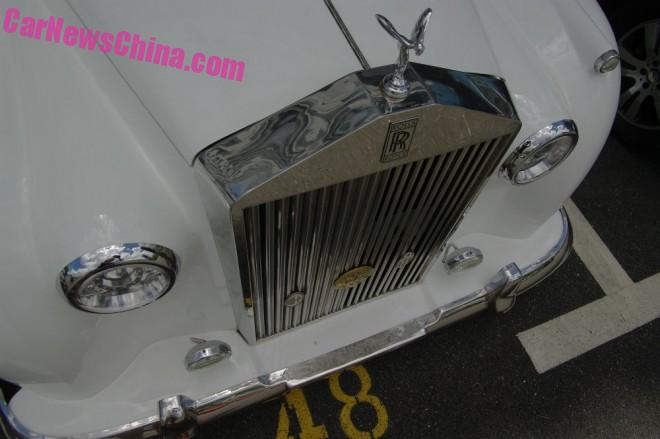 Most Soar cars come with a Soar logo that looks like a Rolls-Royce logo. This white monster however is fully Rolls-Royce’d. Grille seems at least a meter high. 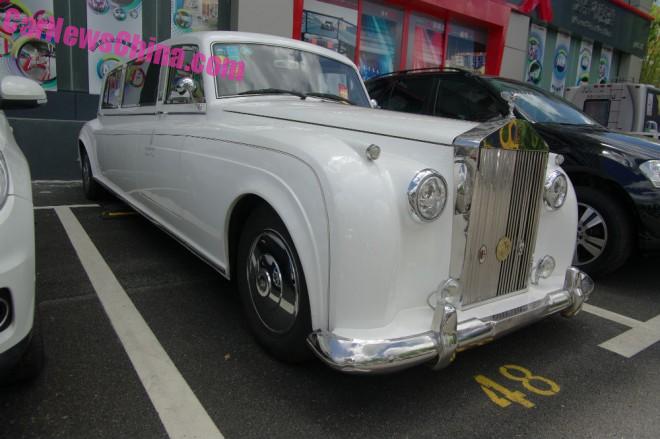 Lights in chrome, indicators on the fenders, fog lights on the bumpers, and a bunch of badges on the grille. The Soar has it all. 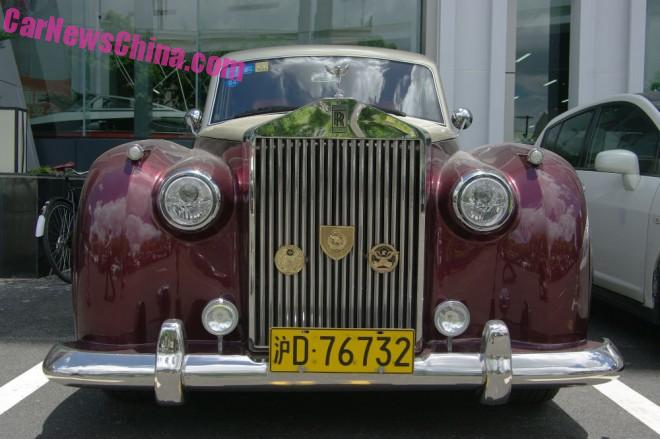 Antoine was the luckiest man in the world, that day on that place, because he met another two LWB Soar Rollers at the mall. First up is this beauty, in a dual tone scheme similar to one we met in Jinan. The car is so long that it is classified as a commercial vehicle in some provinces, just like the Maybach 62. It therefore has yellow license plates instead of the standard blue ones that go on passenger cars. 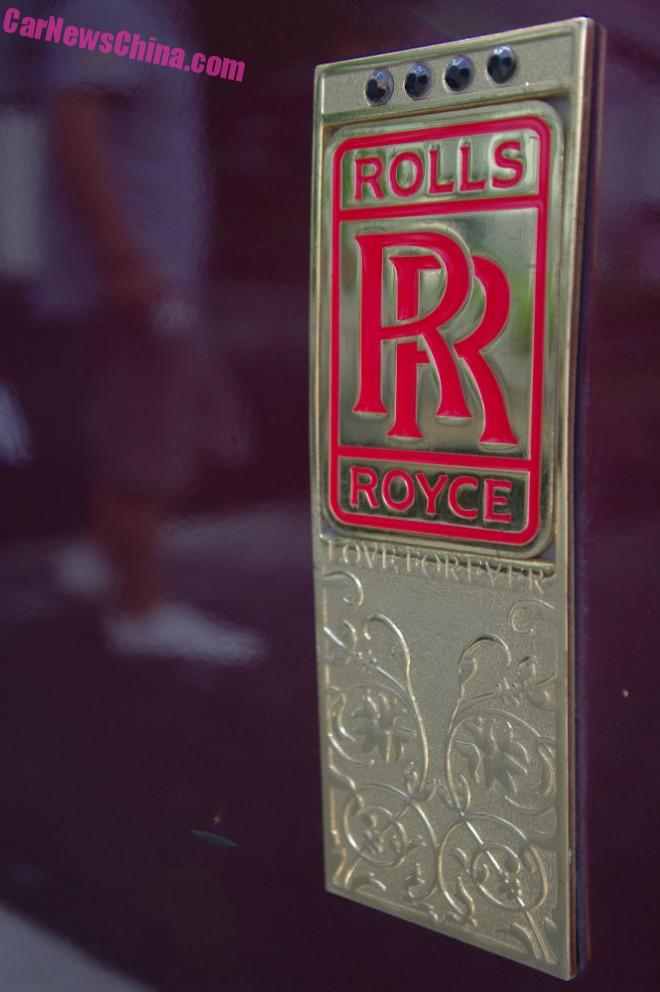 This one had a novel gold colored badge on the front fender. Four fake diamonds, the text Rolls-Royce Love For Ever, and flowers drawn in classical Chinese calligraphy style. 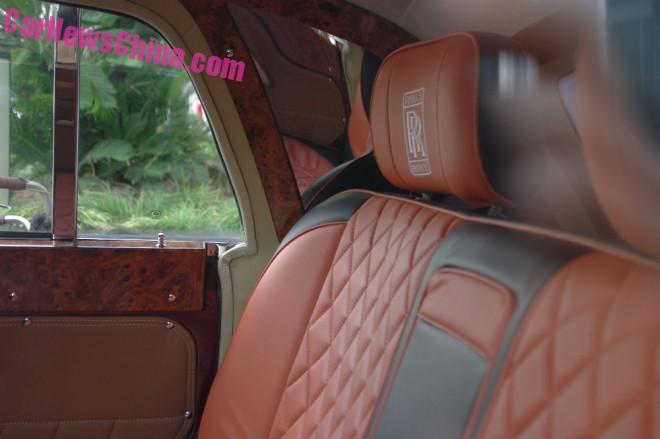 The seats look the same as in the white car, here in black over light brown. 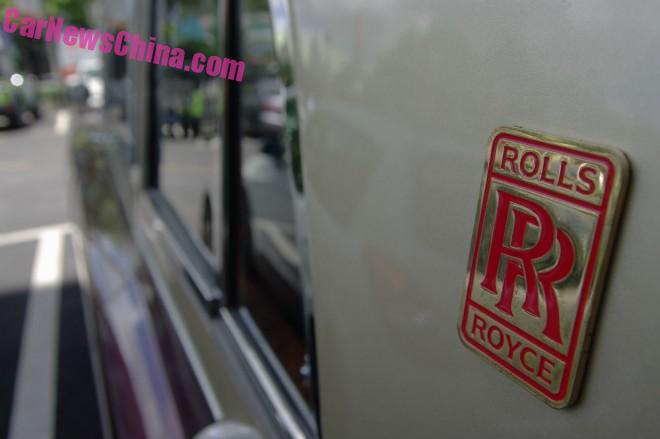 A more modest badge on the D. 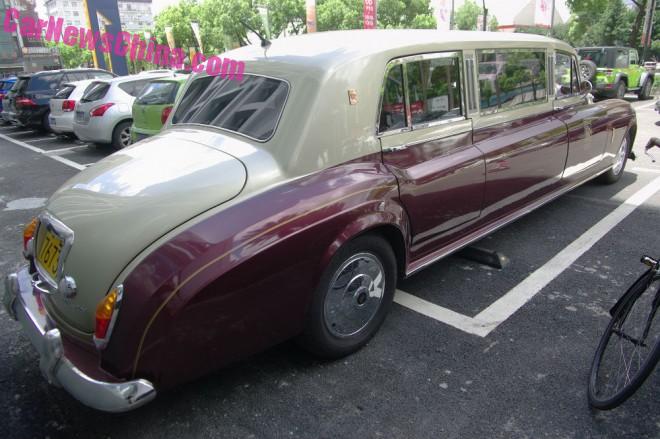 It must have bumped straight over the divider! Passengers won’t feel that, as a Roller flows. 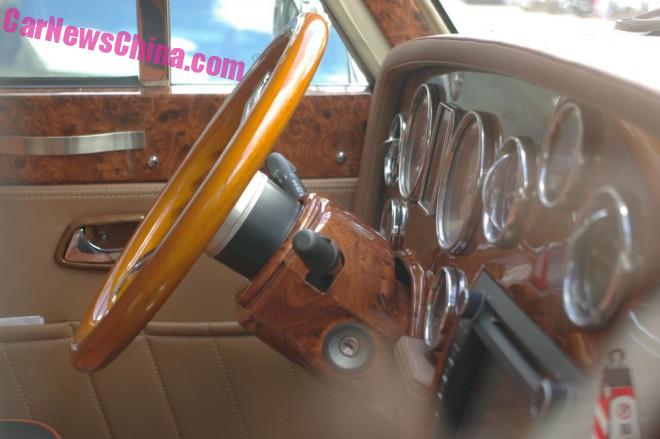 Even the steering column is in wood. It is kitsch for sure but it seems well-made and well-put together. 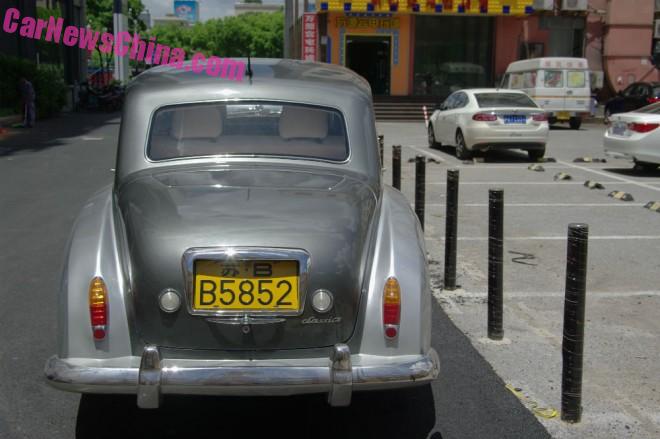 The third car was spotted on the road, very near to the mall. License plate is yellow again, and from nearby Jiangsu Province. This car is painted in a never-seen-before dark gray over light gray color scheme. Rear lights seem on the small side for such a big car. ‘Classics’ badge on the right side of the plate. In most Soar Rollers, a similar badge is also slapped on the right-side of the dashboard. 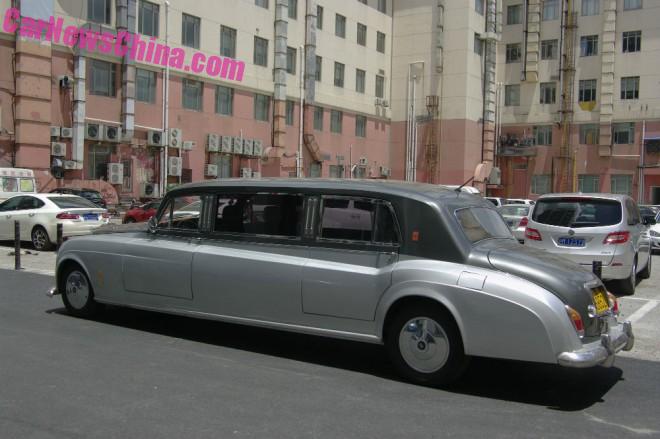 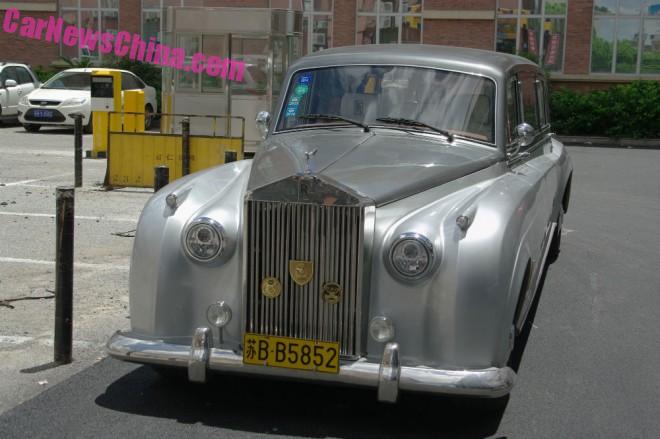 We are very happy to see so many of these great cars in so many cities, indicating the old art of building fake Rollers hasn’t died with the time just yet. May there be a many Soar more…