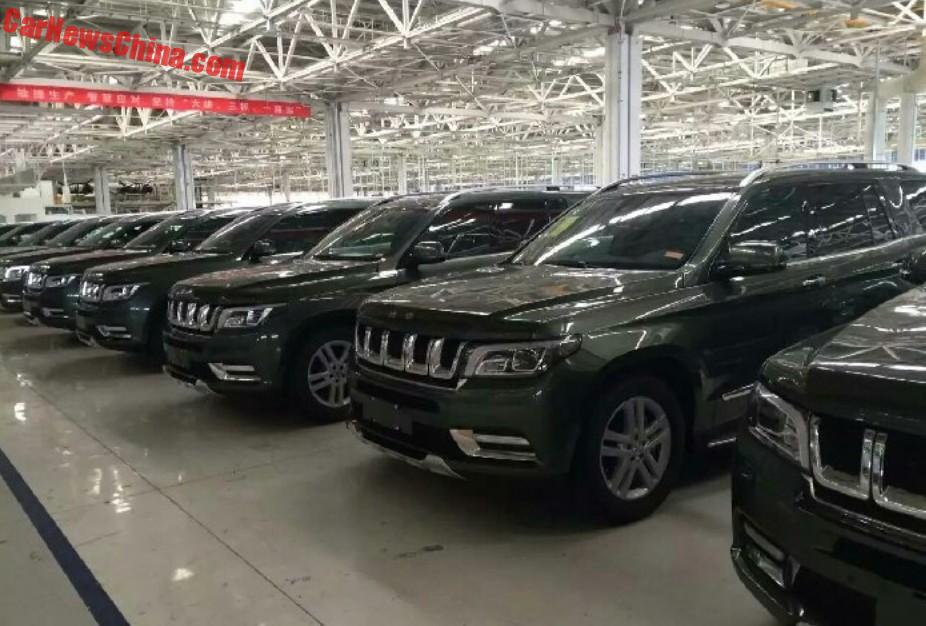 New Spy Shots of the Beijing Auto BJ90, seen with a many in the factory, looking completely ready. The BJ90 is the new flagship SUV for the Beijing Auto brand, it debuted in concept form back in 2010. The production car will have its debut on the Beijing Auto Show next month and launch on the Chinese car market in the second half of the year. 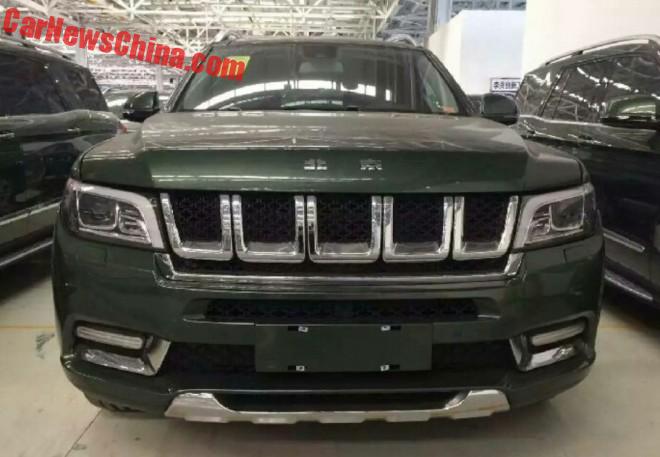 A big chromed grille and angry headlights, this Beijing looks the business. 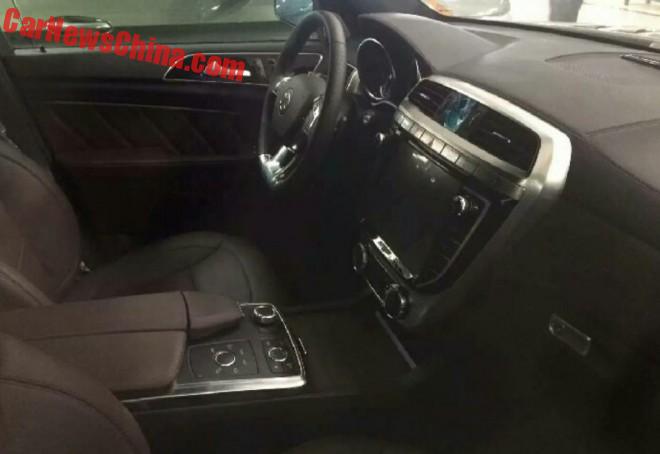 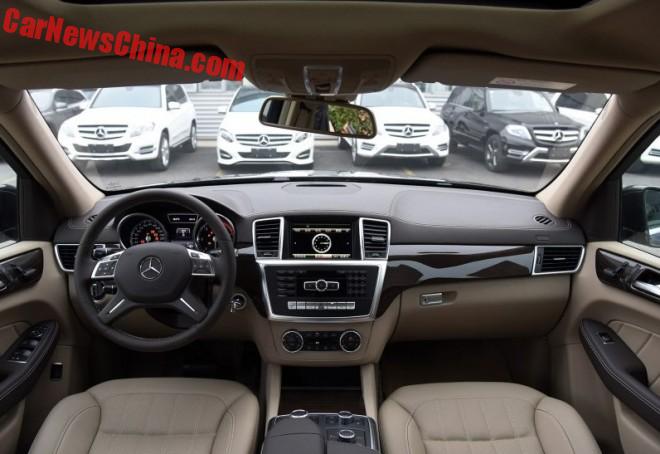 The BJ90 is really just a re-bodied car, and not a new based on an existing platform. Case in point:

A zillion brand new GL’s, seen on a parking lot of the Beijing Auto factory. 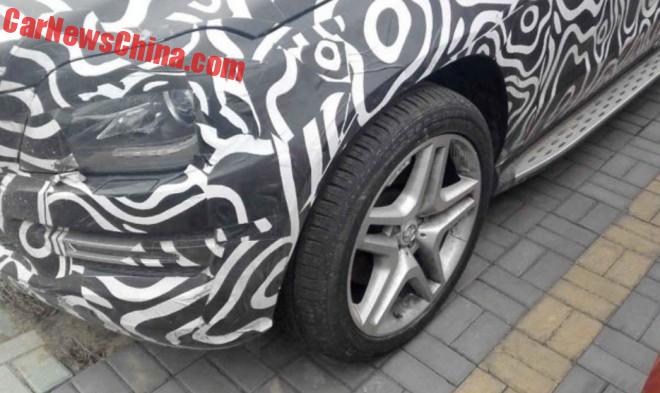 And here we have a test car with the Beijing Auto badge on the Mercedes-Benz alloys, and… 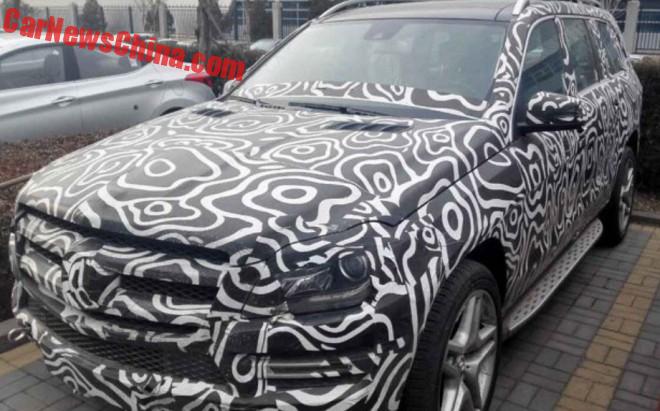 … this actually is a real GL, with the… 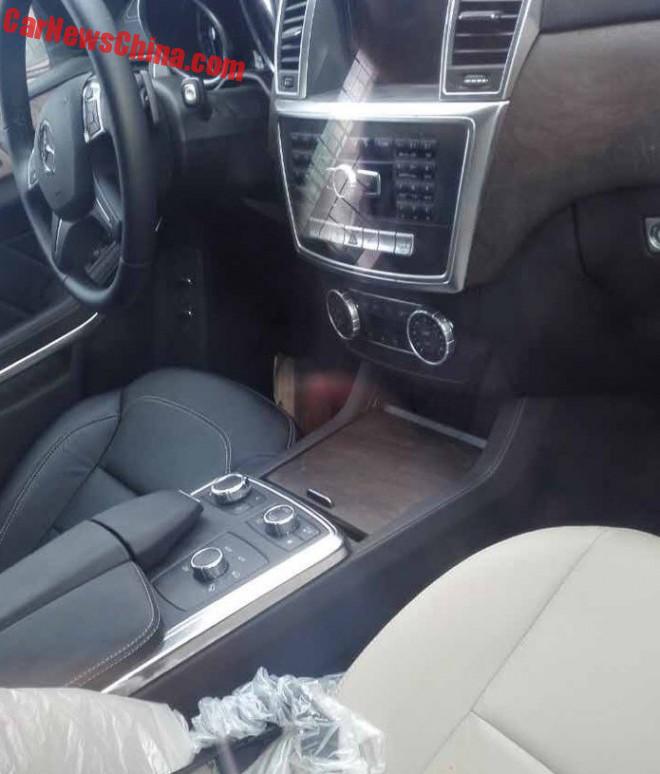 … GL interior. Guess they didn’t re-body that one yet! 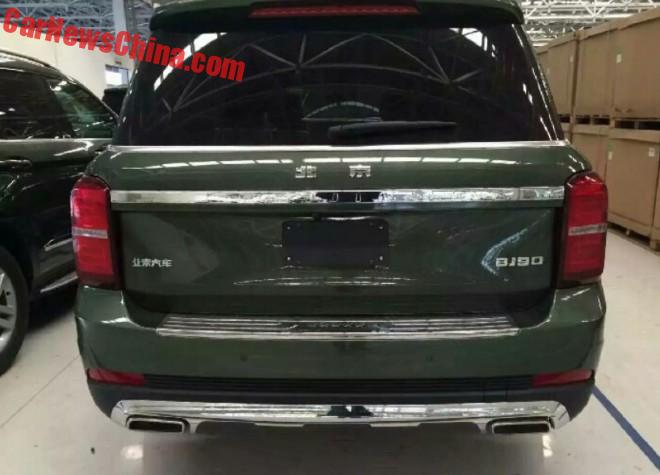 Trendy tail lights, small with the fashion, and connected with a fat chrome strip topped by the Beijing badge. Lower bumper in chrome too, with the pipes integrated.