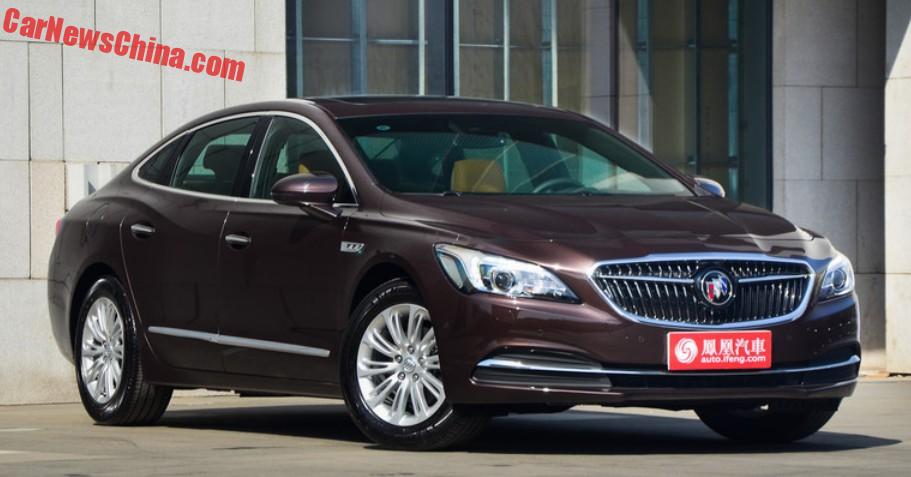 The LaCrosse is made in China by the Shanghai-GM joint venture. It is available with two four-cylinder petrol engines: a 1.5 turbo with 160hp and 250nm and a 2.0 turbo with 252hp and 350nm, both mated to a seven-speed DSG ‘box with flappy pedals. The engine line-up is the same as in the new China-made Chevrolet Malibu XL, and the 2.0 turbo will also power the new Cadillac XT5 SUV.

The 1.5 turbo is an important engine because Chinese tax laws are most friendly to engines with a capacity of 1.5 liters or lower. Many manufactures therefore add a small-displacement engine to their new large-size cars, with the notable exception of Honda.

The LaCrosse 1.5 turbo is designated ’20T’ and the 2.0 turbo ’28T’. These senseless names have no connection at all to engines or engine-output, they are purely a marketing exercise. 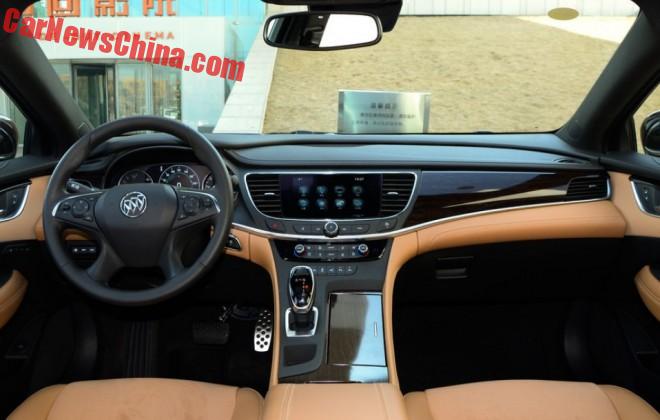 A very clean interior with loads of wood and leather and a tad too much black plastic, especially on the center tunnel. Cheap! Perforated pedals for that racy big sedan feeling.

For comfort the LaCrosse is equipped with the GM CDC hydraulic active damping system, and for easy with electronic power steering. 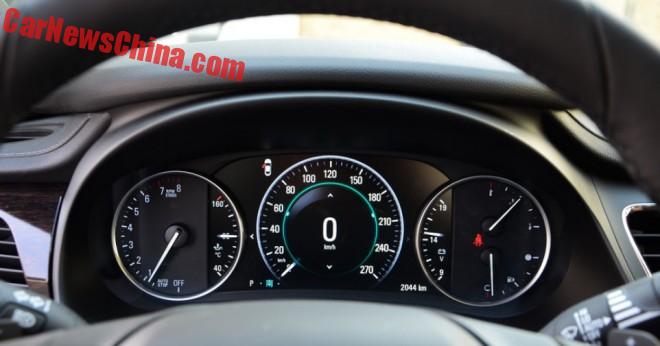 Two analogue dials with a mixed analogue-digital dial in between. 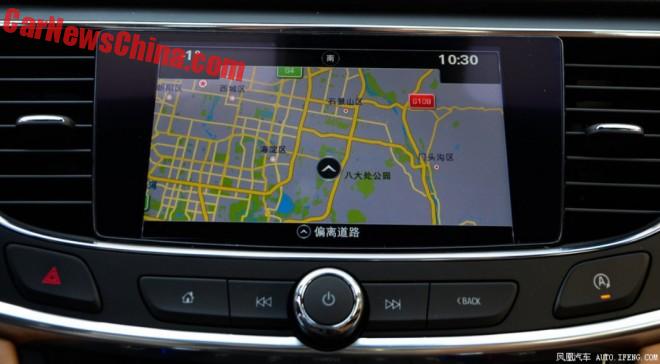 The touch screen of the infotainment system, showing a Chinese map. 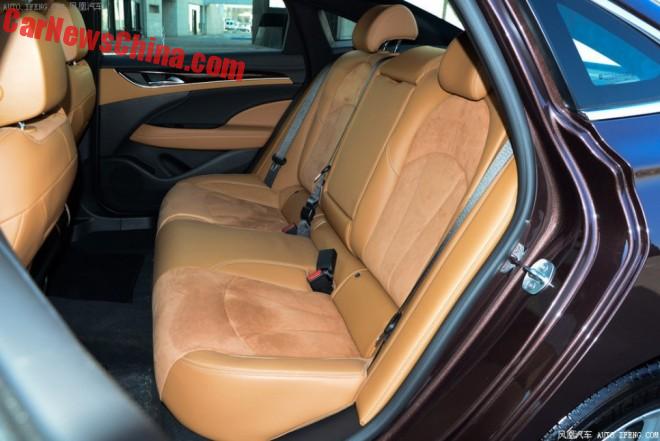 The seats look very good, Leather on the sides and alcantara in the center. Carpets are gray. 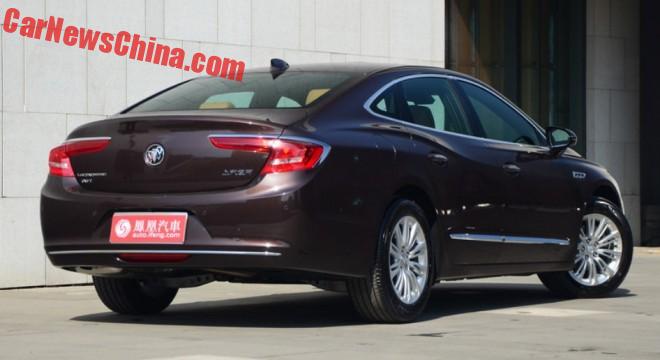 The LaCrosse has become quit a good looking car, with an impressive crease on the sides which ends up in shoulder line. Rear lights are fashionably small and hooked, with a chrome bar on top. Exhaust pipe just visible on the left under the bumper. 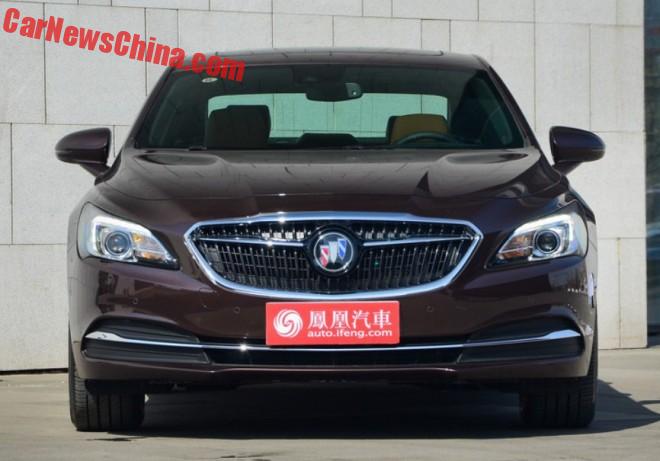 Front lights nice and small as well. Grille with a thick chrome edge and a big Buick badge. 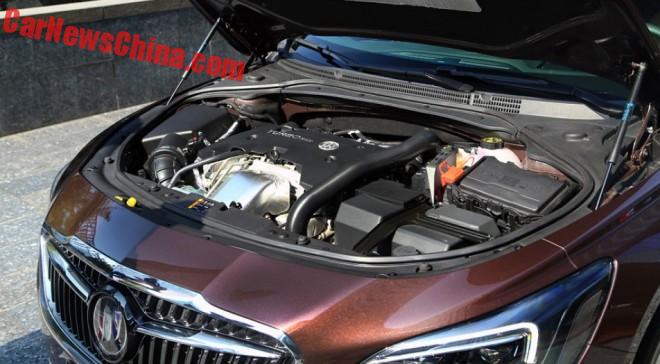 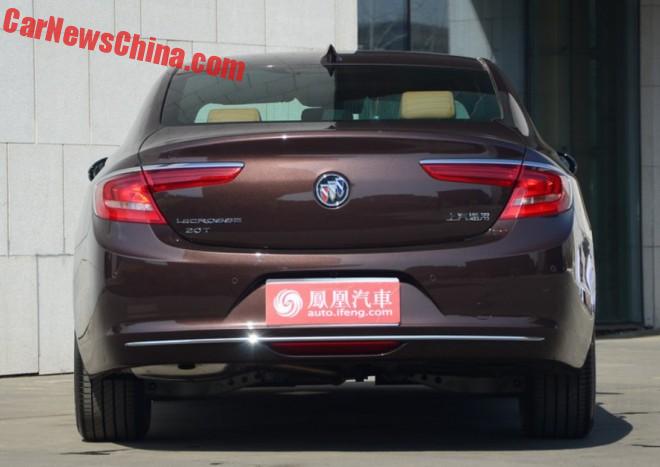 The new Buick LaCrosse for China.