Charging the EV in China, the Chinese way 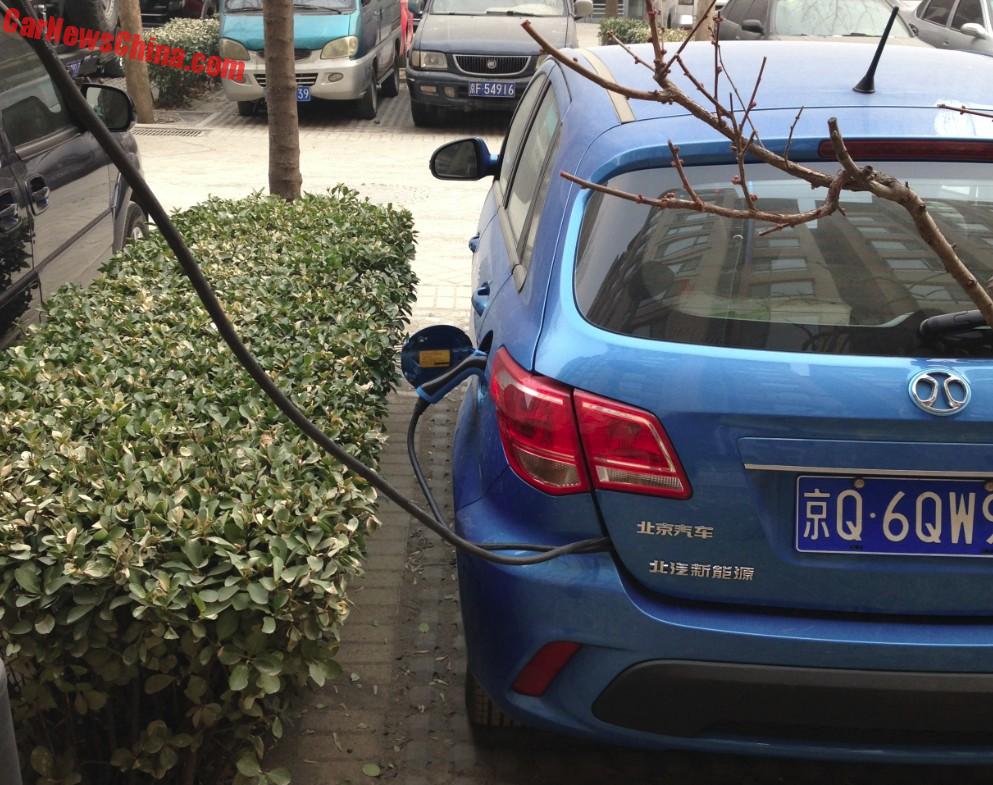 The lack of chargers is still the biggest hurdle for electric cars in China. There are basically no public chargers. Not at shopping malls, not at parks, not at government buildings, just really nowhere. Installing home chargers is also very hard as most people in the cities live in high rise apartments.

Installing chargers in the parking lots would be a solution, but the famously misty ownership of these places and the unwilling management makes that a near impossibility too. EV owners thus have to find their own way to charge their car. On the photos a Beijing Auto Senova EV160 seen charging on a parking lot on my compound in east Beijing.

The 220V charger is plugged in, and it was charging as I took these photos. The line then goes under the rear door, likely to keep the plug steady. After that the only way is…

… up into the light pole, with the transformer hanging in the wind. 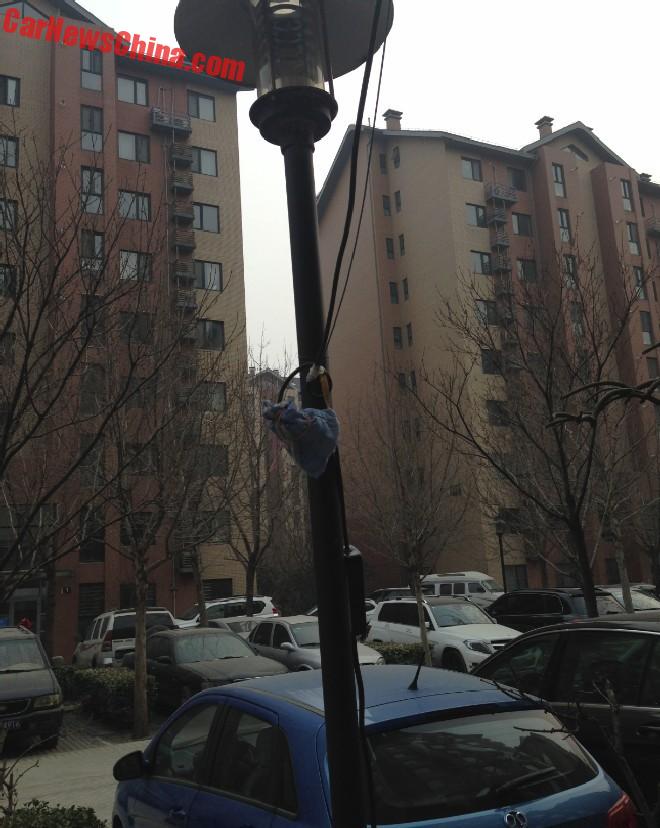 The wire goes around the pole. The blue bag was filled with sand, and attached to the cable, likely to keep it stable. After all this the line goes up again, to… 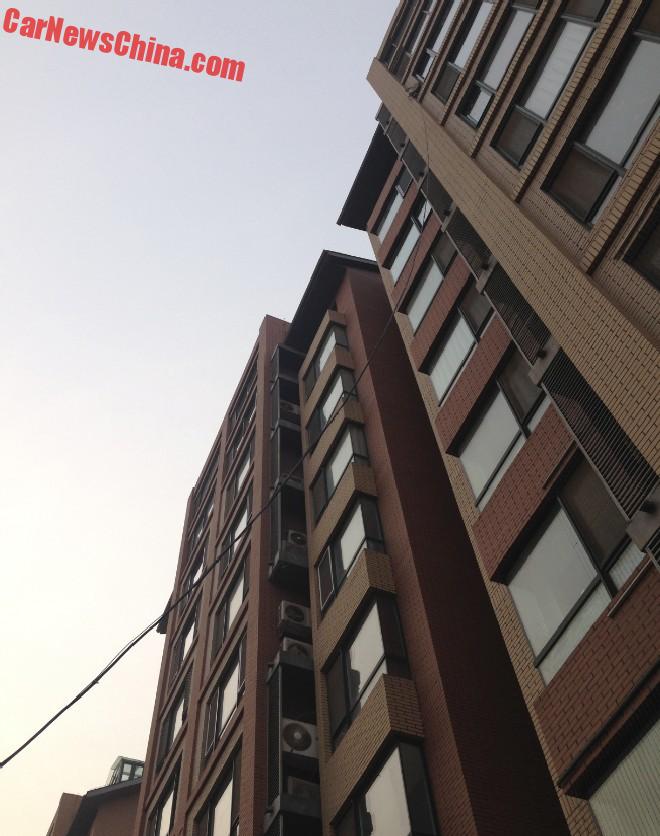 … an apartment on the seventh floor. 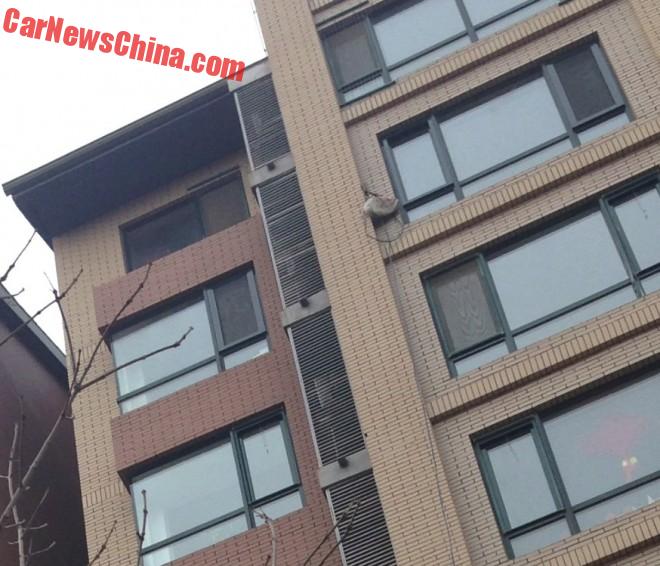 There it ends up on the wall, with another balancing bag attached to it. The wire then goes through the open window top to the inside of the house, where, or so we assume, it finally ends up into a 220V socket. The entire cable is about 30 meters long. What a work. What a trouble. But electric! 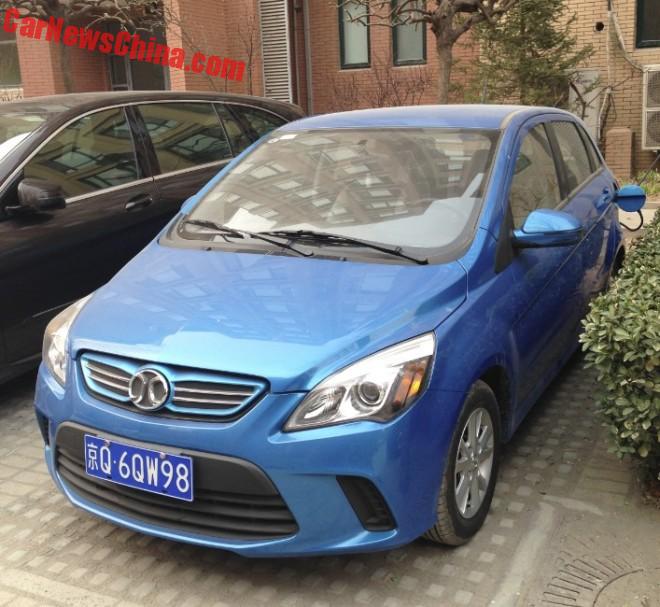 There was nobody in or around the car, and I don’t think anybody was watching it from above, which will be impossible anyway as charging takes at least six hours. Happily, Chinese people are not of the unkind kind, they will leave the plug in and not steal the cable. Try this back home in Amsterdam and the cable would be gone or trashed in half a minute. 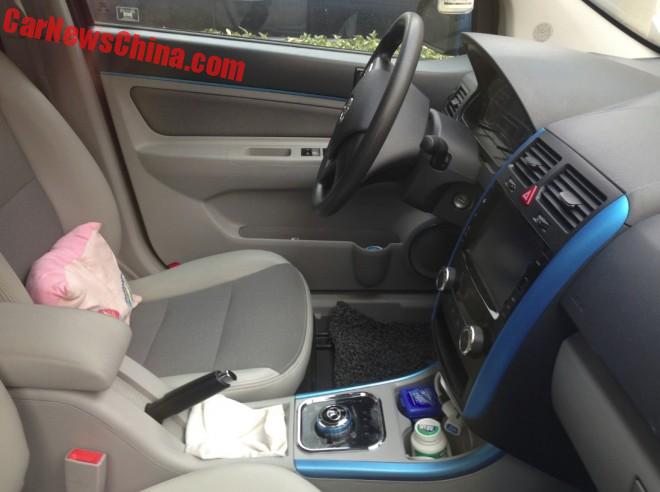 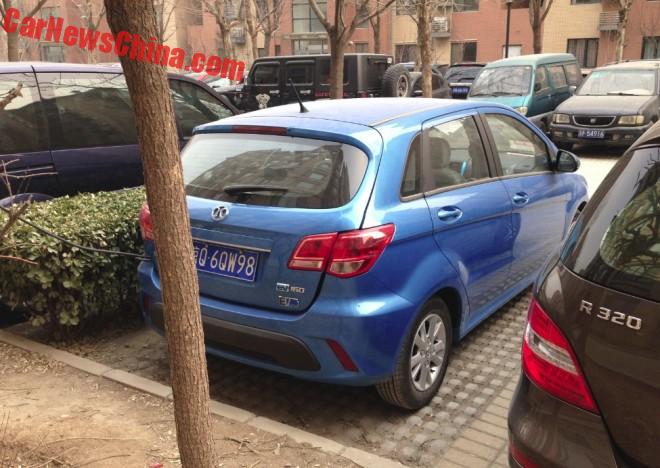 With green tree. The black car opposite the EV160 is the Shanghai Wanfeng Suwei SUV.