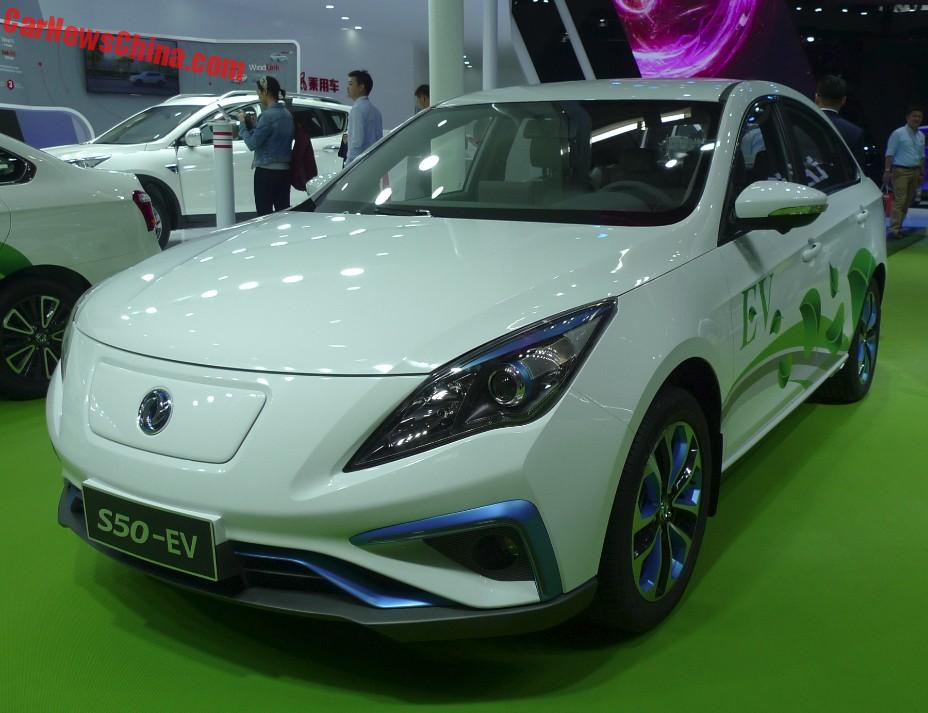 Dongfeng brought four new electric cars to the Beijing Auto Show in China. We have already seen the somewhat odd Fengnuo E300, and continue now with the Fengxing S50-EV, based on the Fengxing Jingyi S50 sedan. The S-50 EV will be launched on the Chinese car market in H2, with a range of 250 kilometer and a 150 km/h top speed. The electric motor has 120hp and 280nm.

This is the new Fengshen A60-EV, based on the Fengshen A60 sedan. It is not entirely new, back in 2015 Dongfeng showed an electric version of the pre-facelifted A60, but it has never made it to the market. This new one will, or so Dongfeng says. The electric motor is less powerful than the one in the S50 above, while the A60 is a bigger car. Output is 93hp and 226nm. Range is a bit complicated; Dongfeng claims 170 kilometer for normal use, and 240 kilometer if speed doesn’t exceeds 60 kilometer per hour, which is a measurement for city-only traffic. 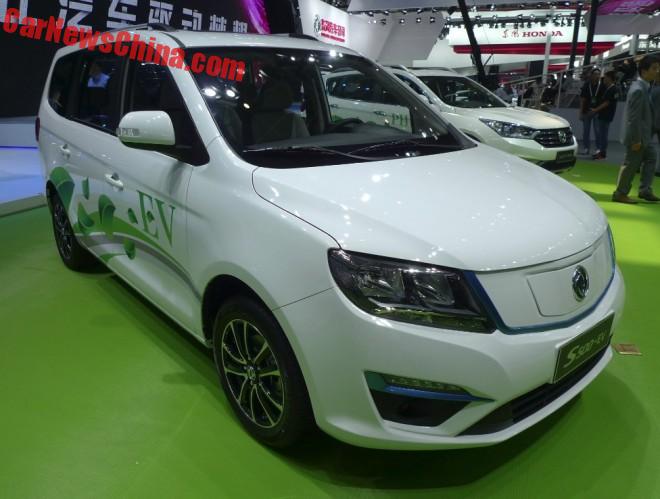 The last one is this interesting S500-EV, based on the Fengxing S500 MPV. Many Chinese automakers are developing electric versions of their small and compact MPV’s, which are both very popular market segments in China. There are already various electric minivans available, but it looks like that Dongfeng is going to be the first to bring an electric compact MPV to the market. The S500-EV has the same motor as the S50-EV, 120hp and 280nm, and a claimed range of 250 kilometer.