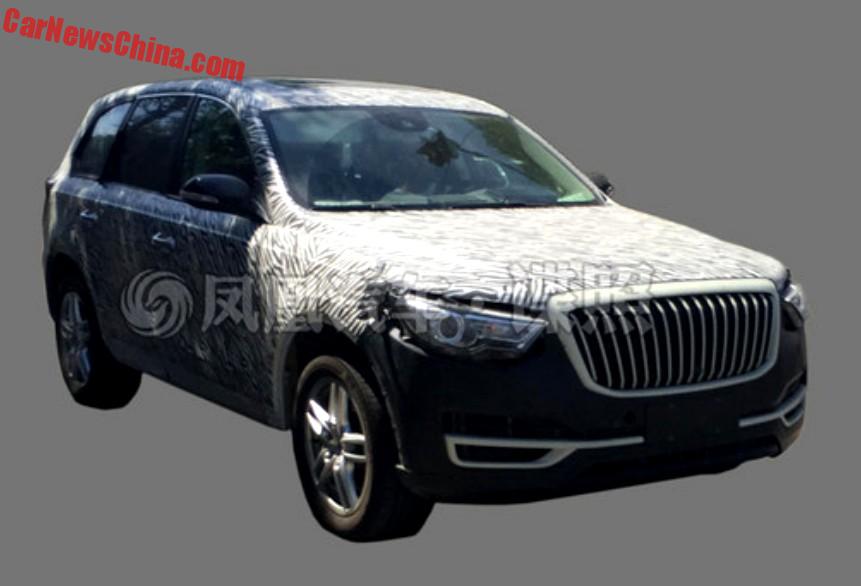 Leaked image of the HS7, showing an impressive grille and a somewhat messy line of LED lights under the headlights. Roof rails look solid enough to be useful. 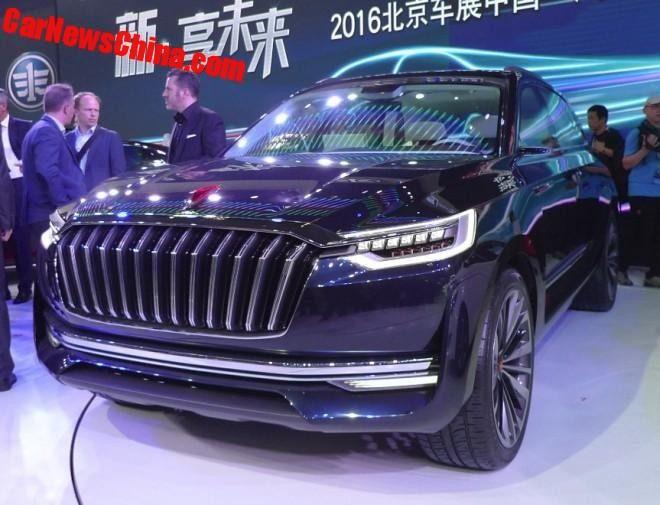 The S-Concept concept on the Beijing Auto Show, with an even bigger grille. 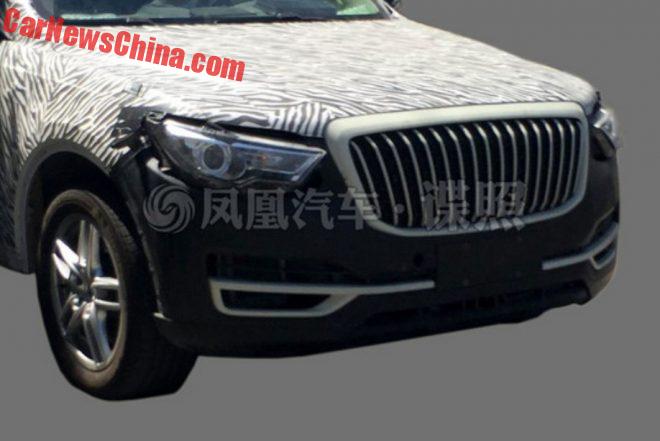 Lights on this test car appear to be ‘borrowed’ from another vehicle. The real lights will look more like this: 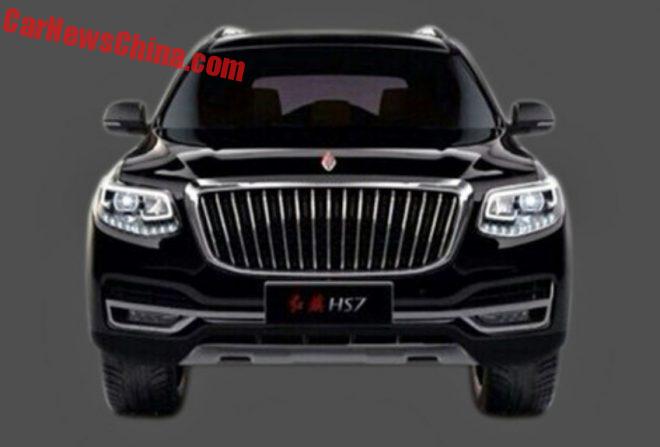 Hongqi ornament on the bonnet rather modest compared to other Hongqi cars. 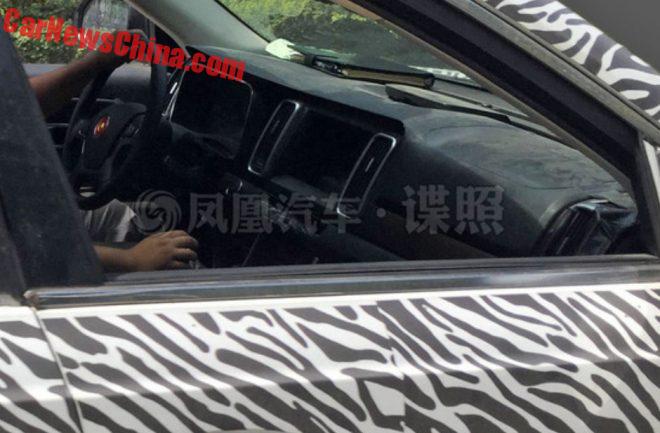 The interior with a digital instrument panel and a large touch screen flanked by vertical vents, 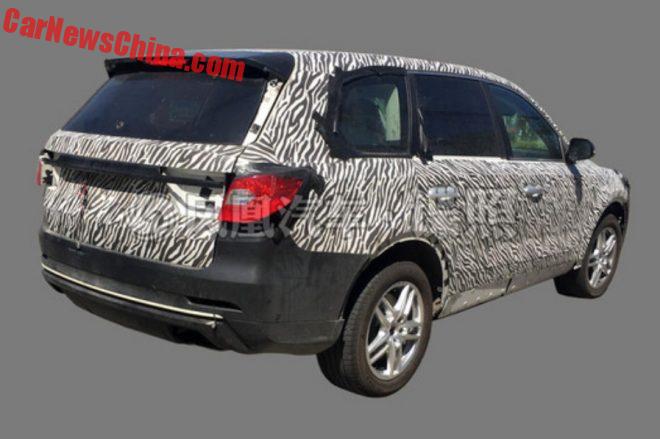 It is a long vehicle, likely a seven-seater. 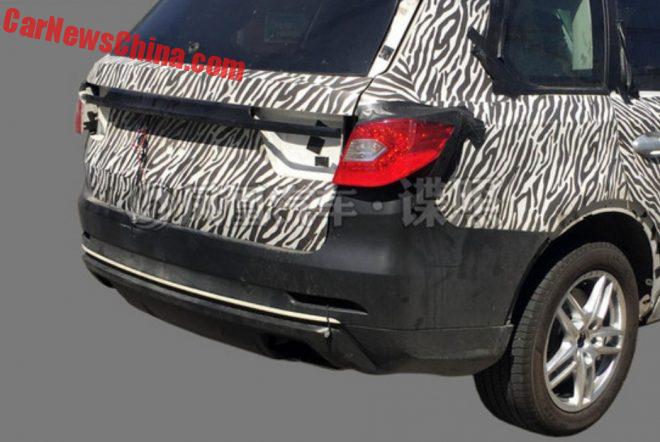