China Car History: The Fifth Prototype Of The Hongqi CA774 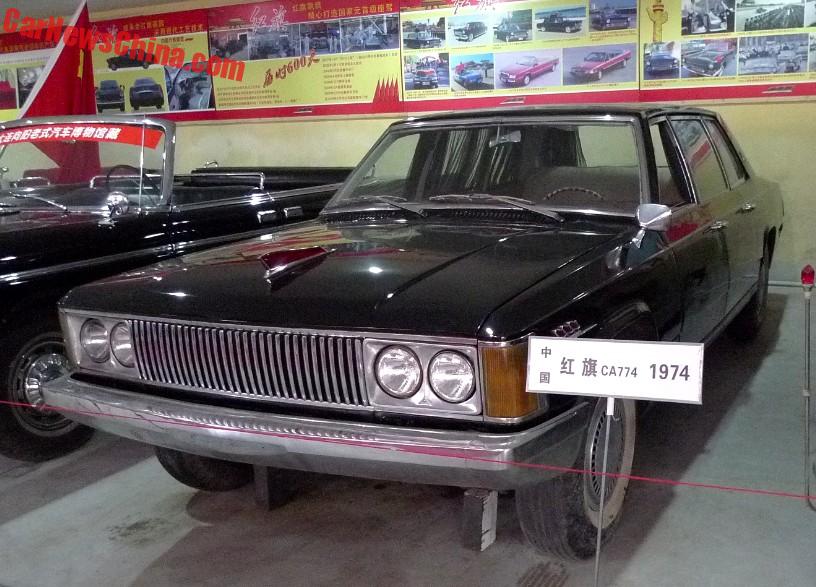 Today in China Car History the fifth prototype of the Hongqi CA774, once intended as the successor of the famous Hongqi CA770 state limousine. Six prototypes were made from 1972 until 1979 but the CA774 sadly never saw production.

At least four prototypes are still around. One stands in the Hongqi Museum in Changchun, another one in the museum’s warehouse, one stands abandoned on a parking lot on the Tsinghua University in Beijing, and one used to be at the Dalian Classic Car Museum and stands now at the Beijing Classic Car Museum.

And that is the car we are looking at today, seen above in very good shape during my visit to Dalian in 2010.

I came back again in 2012. Sadly, the car didn’t look so good anymore. Covered with dust and poorly maintained. This car is the fifth CA774 prototype which was built in 1979. The 1974 date on the sign is wrong. This kind of mistakes happens a lot in Chinese museums. 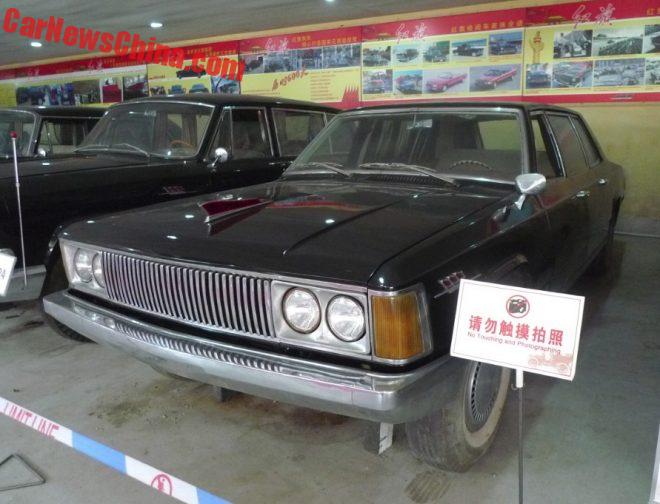 Sadly, things got even worse. In 2014 the private owner of the museum was arrested and convicted for the murder of his brother and sentenced to life. The authorities promptly confiscated the entire collection of over a 100 cars. Some were sold off immediately and others were moved into storage. Some of the latter eventually ended up with a woman who was first believed to be the owner’s daughter, but who was actually his girlfriend. In late 2015 she sold the CA774 to the Beijing Classic Car Museum, where… 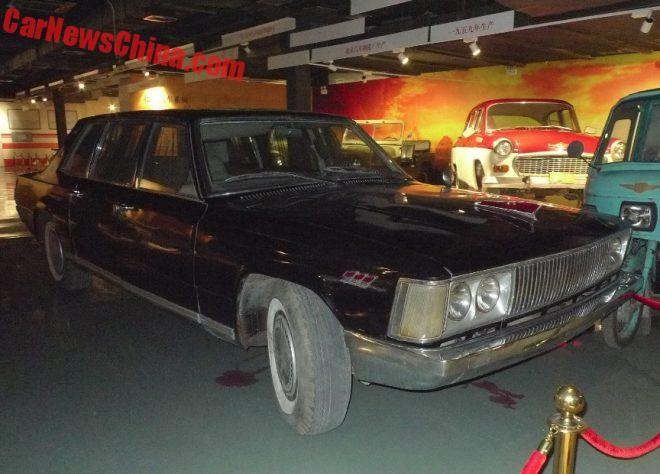 … I found it in early 2015. At the time it has just arrived, standing in the middle of the hall, without its own booth. Happily, the massive vehicle was in reasonable condition. It had been cleaned up and dusted off. Paint looked very well and the shiny bits were glowing the the darkness.

The fifth prototype has a much rounder shape than the other four, especially at the rear. The first four were designed by Jia Yanliang, and the fifth by Cheng Zheng, who was a fan of Italian styling. 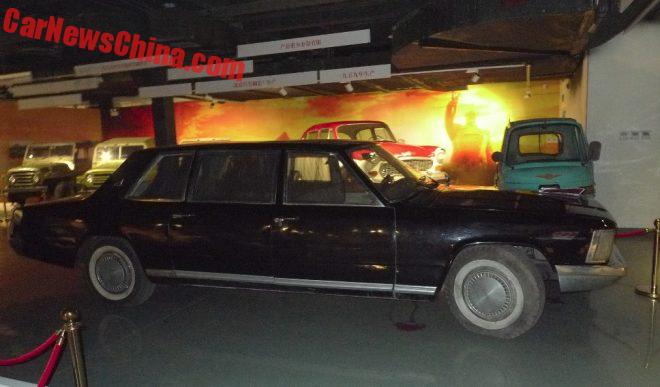 Yes, darkness indeed. Chinese car museums tend to be very dark and the Beijing Classic Car Museum is a classic example. Even with the lights on it is still a dark hole. There are no windows at all. The place is like a cave. The CA774 stands on large white wall tires with beautiful wheel covers. The limousine is just over five meters long and just under two meters wide. 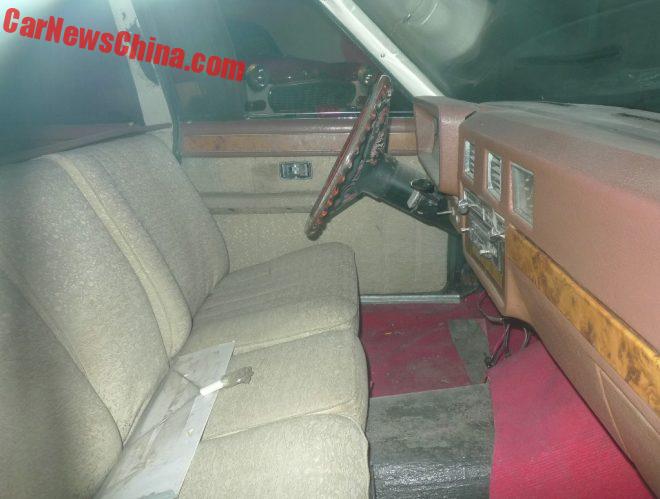 The interior is rather simple. It has a front bench with three seats, red carpets, a very American-car style dashboard, a column-mounted shifter, and a huge steering wheel. 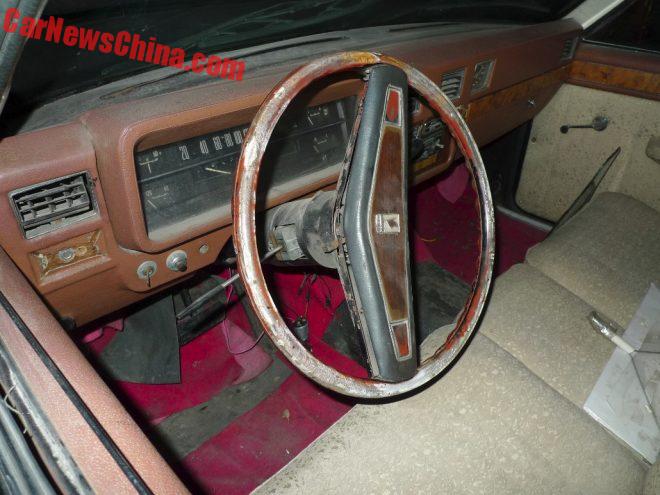 The wheel has a single spoke with a small red flag Hongqi logo in the middle. The logo differs from the one on the wheel of the Changchun car. 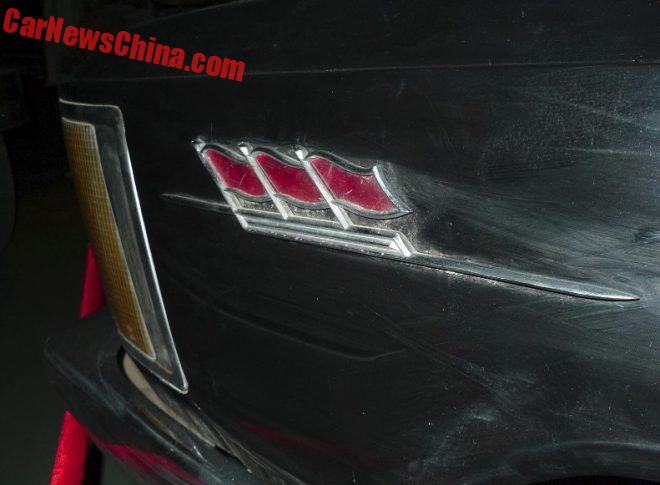 The three-red flag badge is located on the front fender in front of the wheel. That too is special as this badge is located behind the wheel on all other Hongqi’s. The three flags stand for: Socialist Construction, Great Leap Forward, and Peoples Commune, the three main government programs at the time. 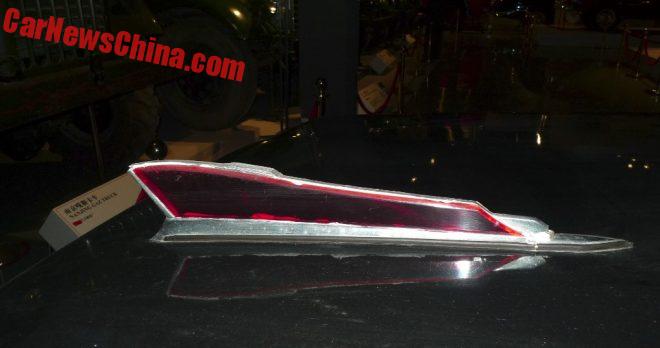 The hood ornament. The red part is made from very hard and nasty plastic, the frame is made of metal. 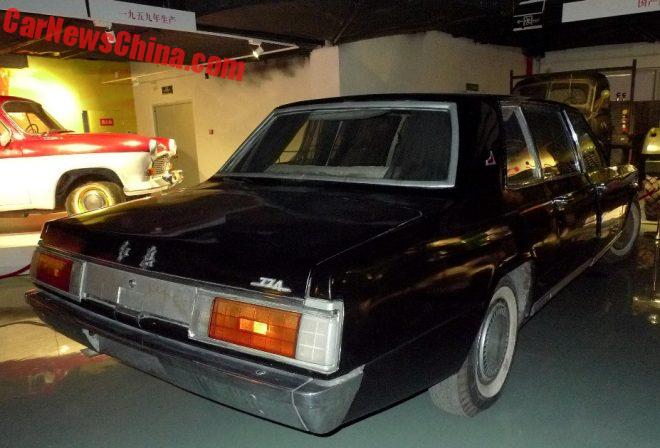 The fifth prototype is the only one with a real 774 badge on the back. Rear window with curtains inside and a heavily chromed frame outside. Light units are a work of art, 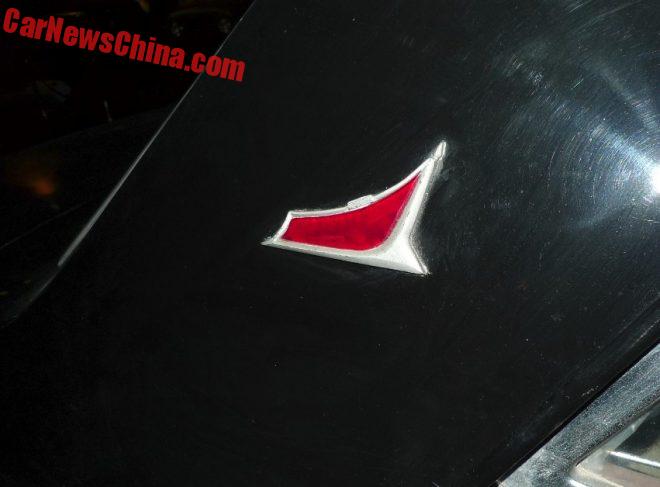 The red flag badge on the C-pillar. 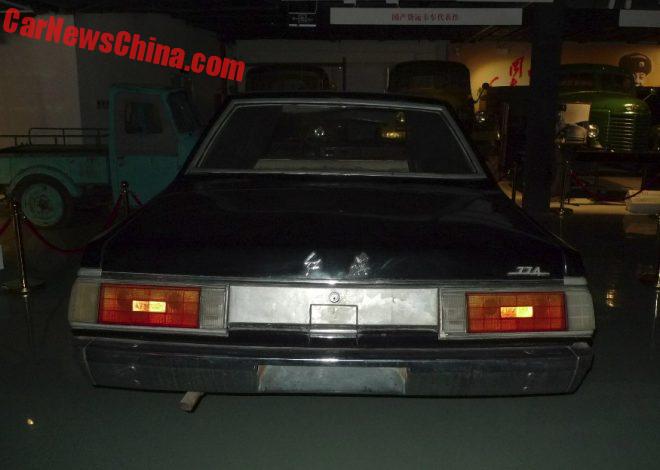 Single exhaust pipe under he bumper on the left side. Rear deck is enormous. 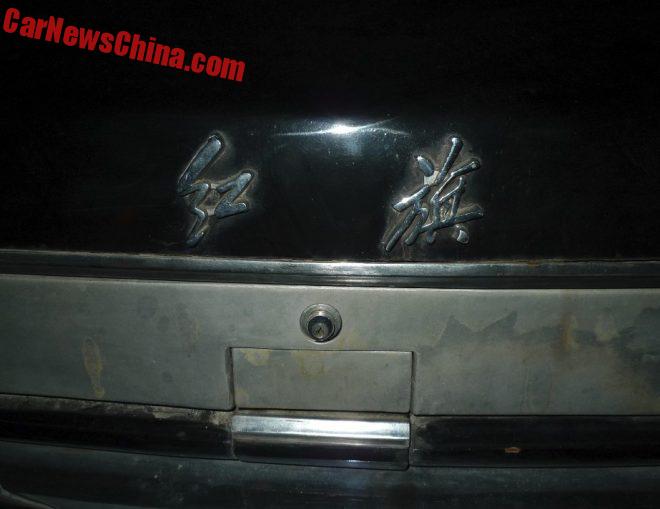 The characters Hongqi in Mao’s handwriting.

Mirror on the front fender. 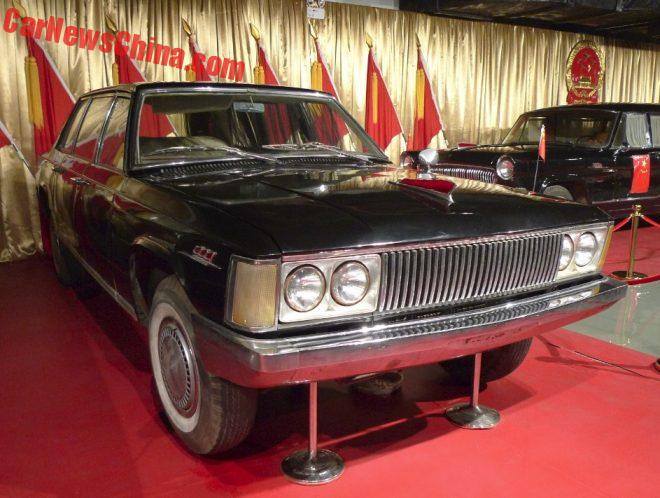 I went back to the museum in September and happily the CA774 now has a proper place under the spotlights. Unhappily, it stands on very ugly poles. Sure these will protect the suspension and such but it looks horrible. 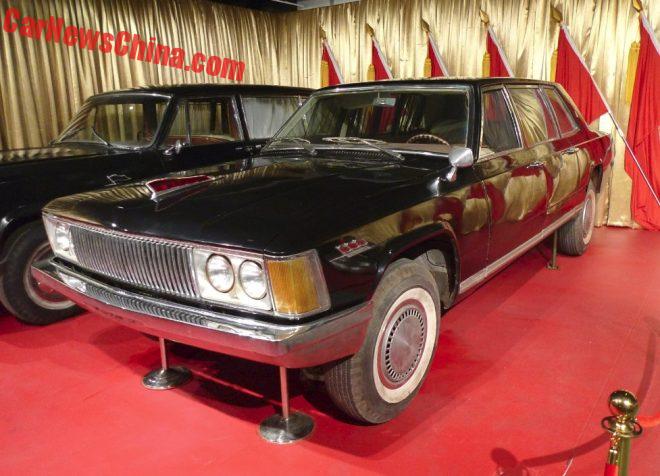 Would it have been a worthy successor of the CA770? Probably yes. It is beautiful, big and majestic enough. But is has no suicide doors and that ain’t no good. Comparing the two is easy because the museum parked a neat CA770 next to the CA774: 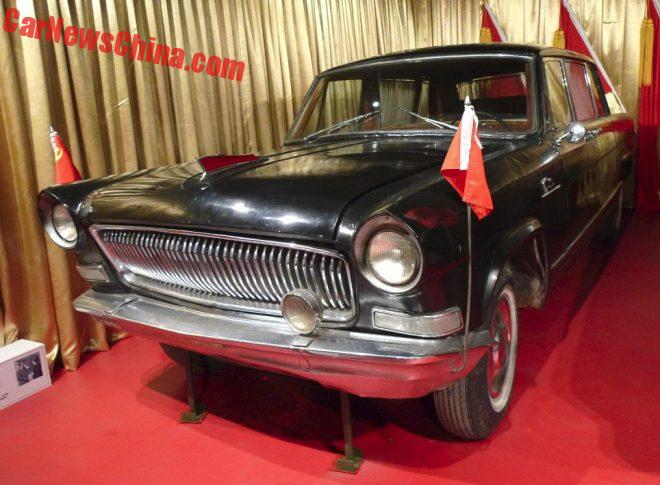 The CA770, even with just one fog light, has a kind of hidden magic that the CA774 lacks. Hongqi tried to develop several more successor but all failed to make it to the market. Production of the CA770 eventually continued all the way to 1981. And then it took until 201o before a real successor arrived.

Next story: the Tsinghua prototype (I tracked her down).