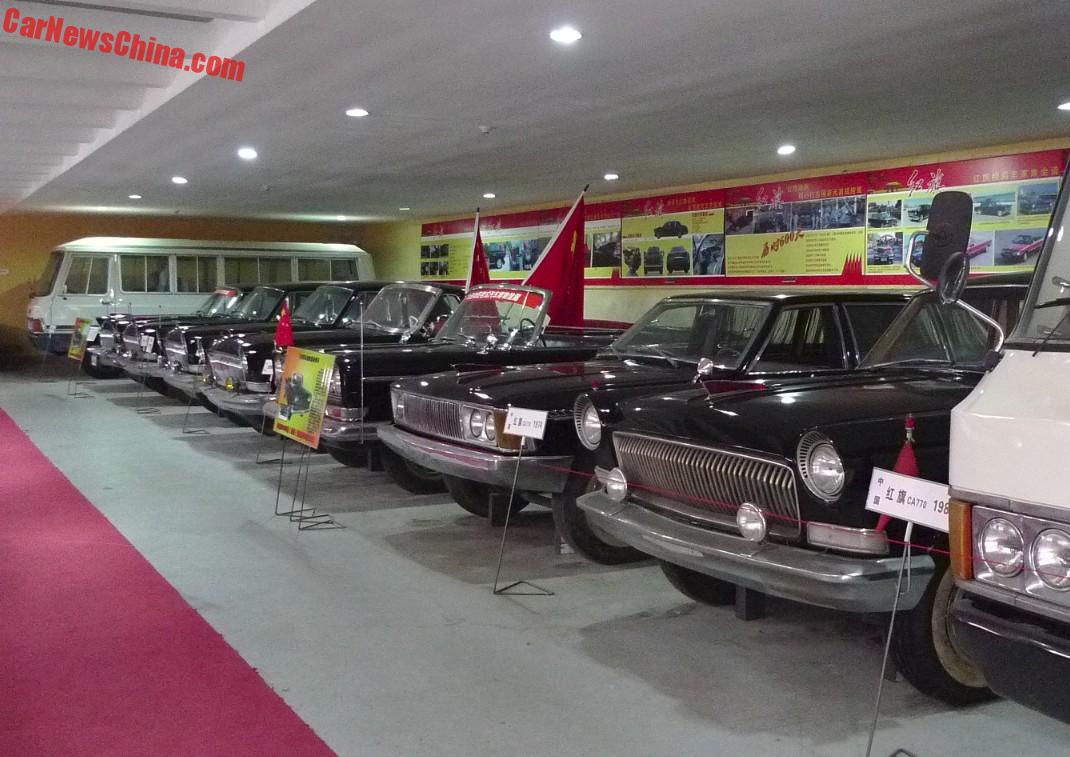 The brilliant Dalian Classic Car Museum has been closed. The private owner is in prison for killing his brother and won’t get out anymore.

The collection has been removed from the museum’s buildings and the cars are being sold off. Some are ending up in other museums and some with other collectors.

It seems very unlikely the collection will ever come together again. Time thus for a look-back at how things once were when all was good and happy. Today we start with the Hongqi limousines, the museum had six of them. On the left and right a Hongqi CA630 minibus.

The photos were taken during two visits to the museum with a period of two years in between, so some details and vehicle-positions may vary. The cars were unrestored and unmaintained, but they were kept clean and safe. The museum was based in an old Russian army barrack in the Lushun area to the west of Dalian city. It was a truly beautiful place. Hongqi time:

A marvelous 1968 Hongqi CA770J (the J is omitted from the white sign) parade car. Only five examples were manufactured and three of those survive until today. For more on this car, see our full write-up on another CA770J in the Beijing Classic Car Museum. 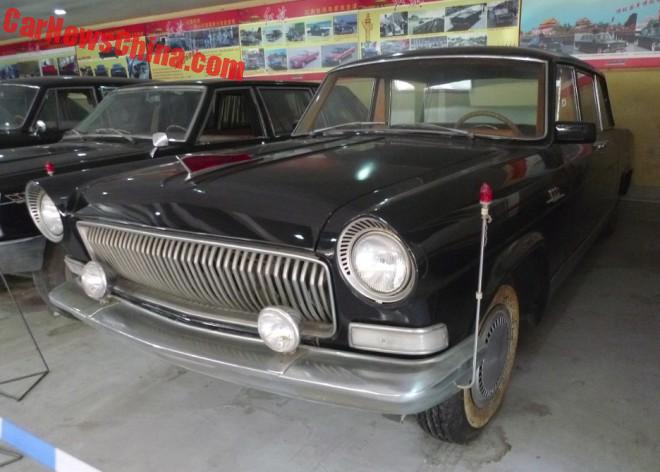 A 1981 Hongqi CA770 state limousine. This is a historic final-year example. The CA770 was made all the way from 1966 until 1981, for a total of only 847 cars. The late cars like this one here came with modern mirrors and wheel covers, but body and engine were unchanged. 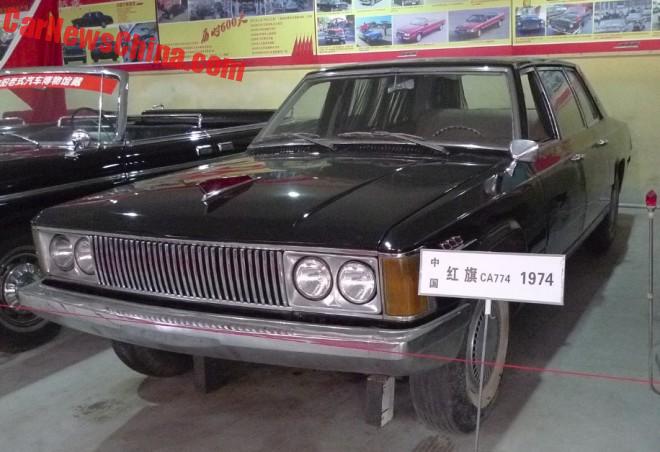 The car has since been sold to the Beijing Classic Car Museum where I saw it a few weeks ago, and happily I was able to check it out from every side. More on this unique car in a separate post soon and later. 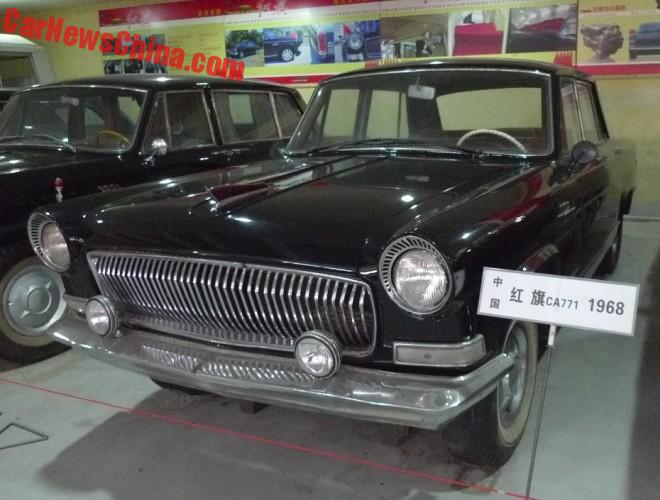 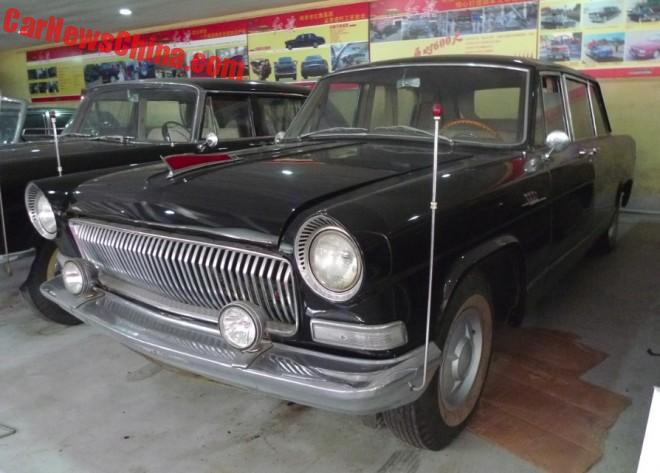 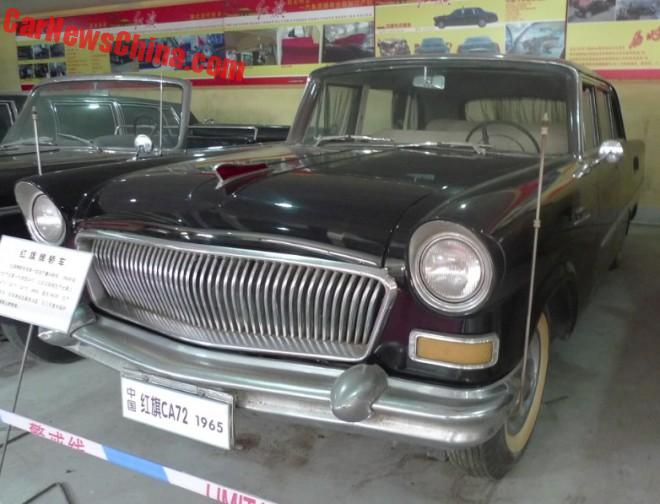 A majestic 1965 Hongqi CA72, the most sought-after Hongqi today. The CA72 was the predecessor of the CA770, manufactured from 1959 until 1965, and this particular car is another final-year example, just like the 1981 CA770 above. Only 200 examples were made, and very few are left alive today. There is one in Shanghai, one parade car in Chengdu, and one in… Romania.

The CA72 was powered by exactly the same 5.6 liter V8 that would continue for yet so long in the CA770. This engine was derived from a Chrysler unit and initially imported from the U.S., but later manufactured locally. Length of the CA72 was 5730, a giant for its time, especially in China! This CA772 too has now ended up in the Beijing Classic Car Museum. 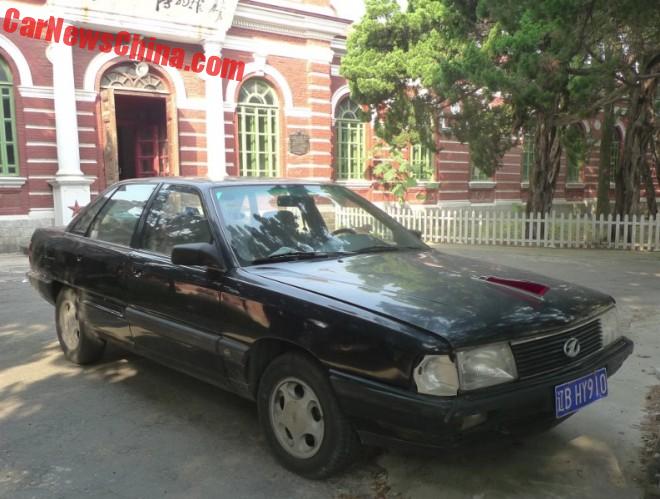 A sweet Hongqi CA7220, based on the Audi 100. The vehicle belonged to one an employee of the museum and was still in active service. Behind the vehicle the west gate of the main building.

More Dalian on the way…