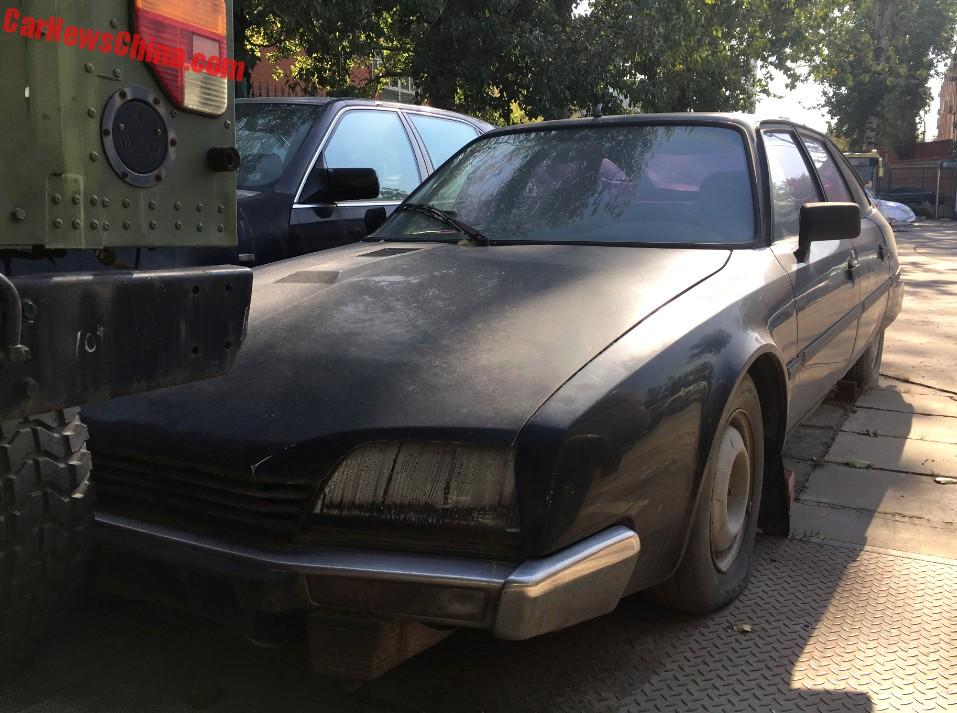 An extremely beautiful Citroen CX 20, Spotted in China just a Mercedes-Benz away from the ultra rare Hongqi CA774 prototype, and not far from a double Sanjiang-Renault Trafic. The good old Citroen was abandoned and dusty and dirty, but body and interior were generally in a good shape.

The Citroen stands on the premises of the Department of Automotive Engineering (web) of the Tsinghua University in Beijing. Not sure how it got there. The CX was never marketed in China. It had a flagpole on the right-front fender, indicating it is an ex-embassy car. 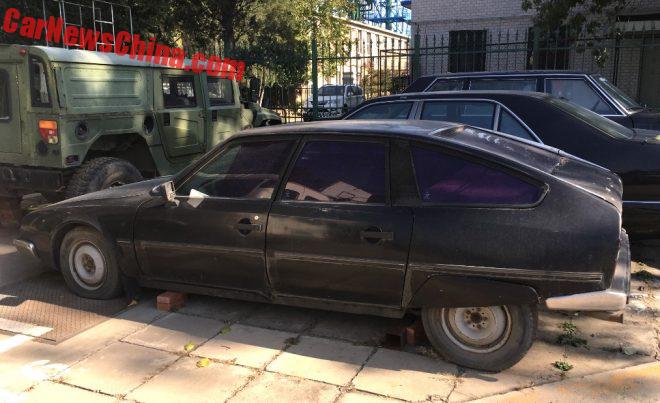 The CX was launched in 1974, causing more uproar than an atomic bomb. It was so far ahead of its time that is scared people. Its aerodynamic profile and fastback sedan body were revolutionary. It was very comfortable too thanks to Citroen’s brilliant hydro-pneumatic suspension.

The Beijing car stands on piles of stones, likely to protect that suspension. But the piles are too low and the pile on the left-rear had fallen down and apart.

The CS was manufactured from 1974 until 1991 with a major facelift in 1986, our black example is an original Series 1 pre-facelifted car. 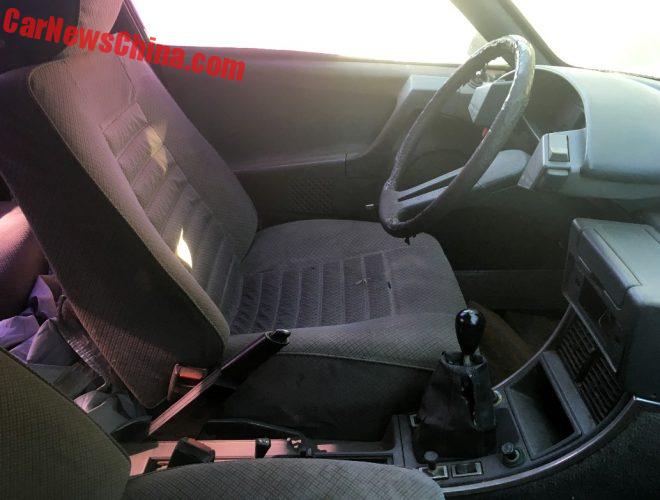 The dash was the work of a madman, with a single spoke steering wheel, a space ship instrument panel pod, and the “stalk-free” layout where stalks were ditched for buttons. A pod in the middle houses a storage space and a radio, which is sadly missing here. The controls for the heating and fan are located between the seats, which still have their original fabric! 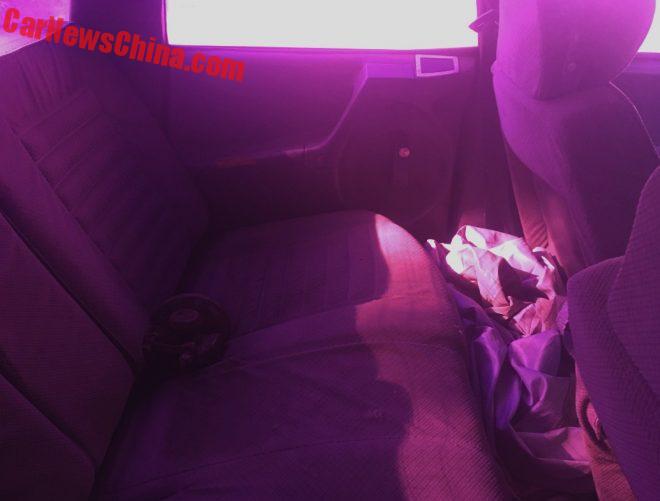 I battled the light for a photo of the rear bench, and lost. But the bench was in good shape, and it too still has the factory fabric. The floor was a bit messy, but I didn’t see any rust or rot. Beijing’s dry climate saves many an old car. 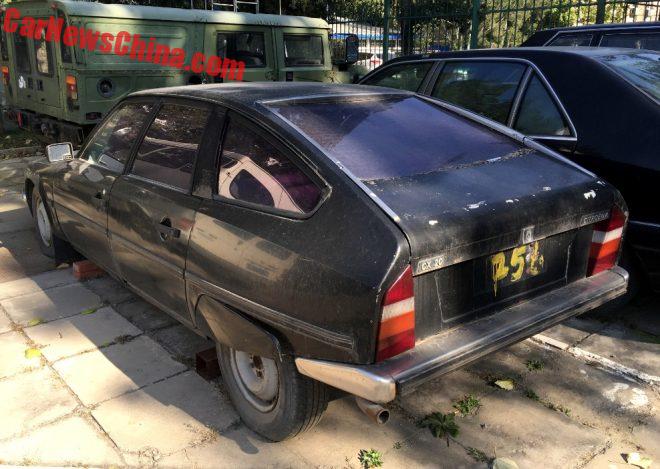 Still an incredible looking machine. It seems so light and nimble compared to the enormous mass of the W120 S320 next to it. The rear window curved to the inside, probably the best and the most controversial part of the CX’ design. Citroen was very happy with it and still used curved windows on its high end cars, including the C5 and the China-only C6 (window), which Citroen China dares to call the “successor” of the CX. 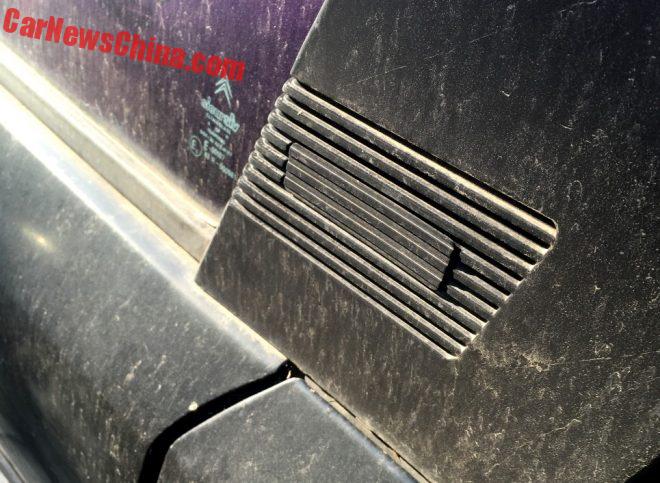 The panel on the C-pillar. Normally it would have a badge here with the name of the trim level, but the badge was gone on each side. 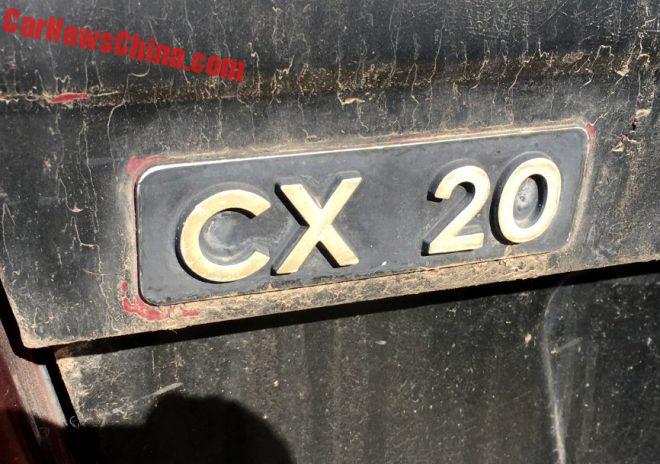 Happily it did still have the engine badge on the back. 20 stands for the 2.0 four-cylinder petrol engine, the smallest engine available, with an output of 102hp. The most powerful engine was a 168hp 2.3 turbo that powered the top-spec sporty GTi. 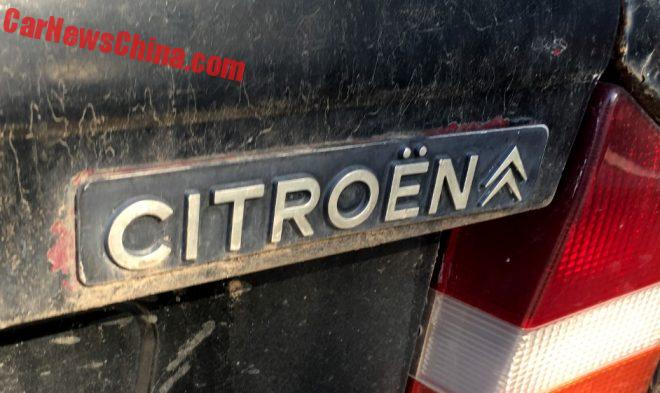 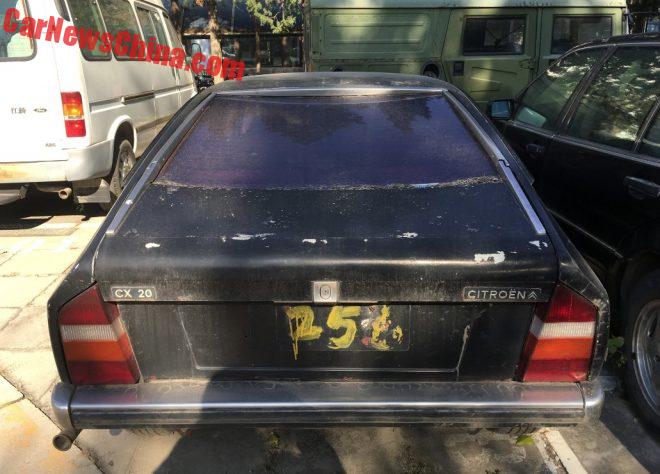 It does not appear anyone at Tsinghua needs the Citroen, so someone with a lot of love and cash might be able to save it. Parts will be hard to find in China, especially for the suspension, but the internet has everything. If anyone is seriously interested please let me know. 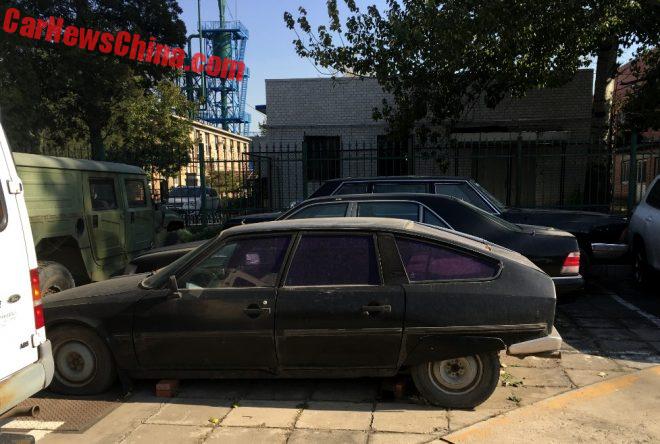