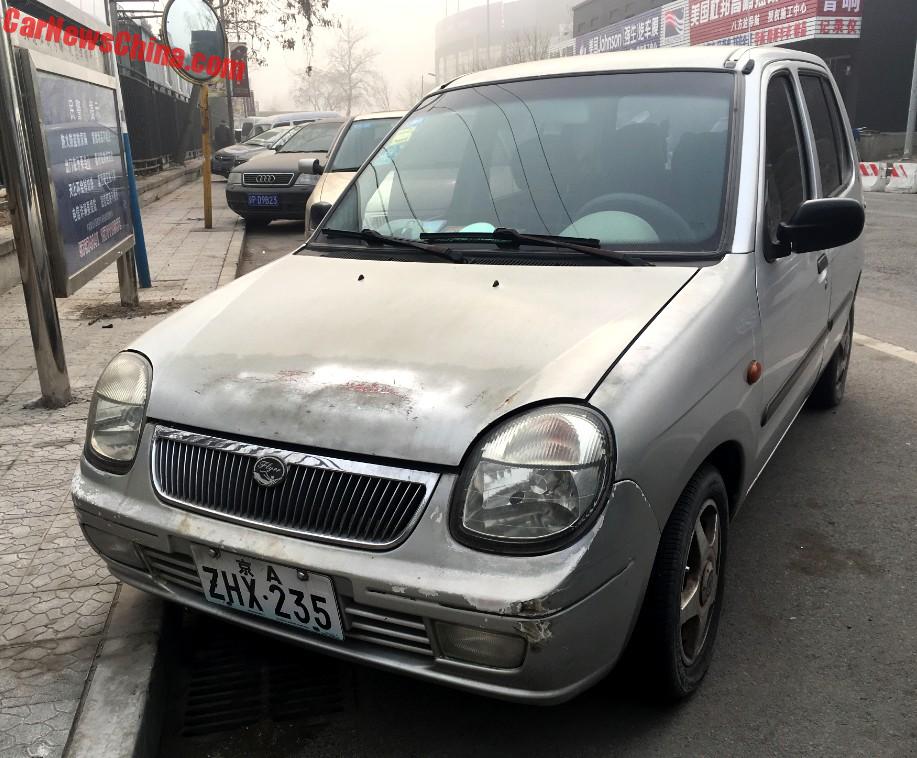 Today in China Car History and Spotted in China a very special little car. This is the great Qinchuan Q7081BD Flyer, seen near a car market in west Beijing, painted in silver with the factory original five-spoke alloys. The bonnet and bumper were damaged but it was otherwise in a good shape. 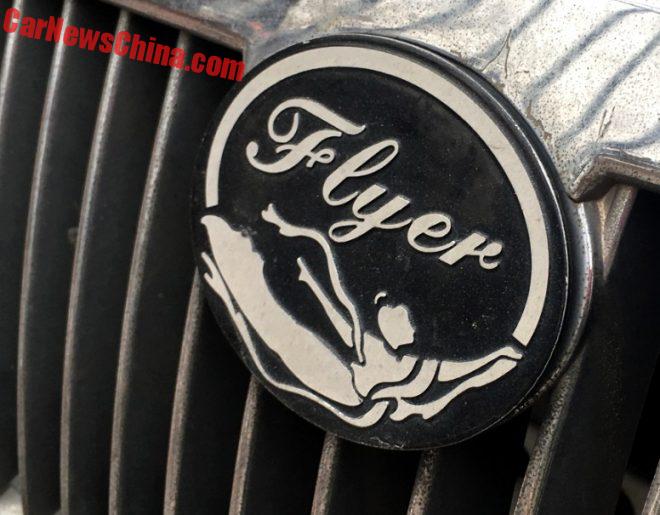 The beautiful badge of the Flyer, showing a lady with her arm spread out, flying through the endless skies.

The Flyer was a child of a company called Xi’an Qinchuan Automobile, based in the great city of Xi’an in Shaanxi Province. The company was founded in 1988 as the Qinchuan Machinery Works Automobile Sub-Factory, owned by North Industries, better known as Norinco, one of the largest weapon manufacturers of China. The company created the ultra rare Beifang QJC7050 mini car, almost created a revolutionary streamlined car, and finally moved on make a licensed version of the sec-gen Suzuki Alto. 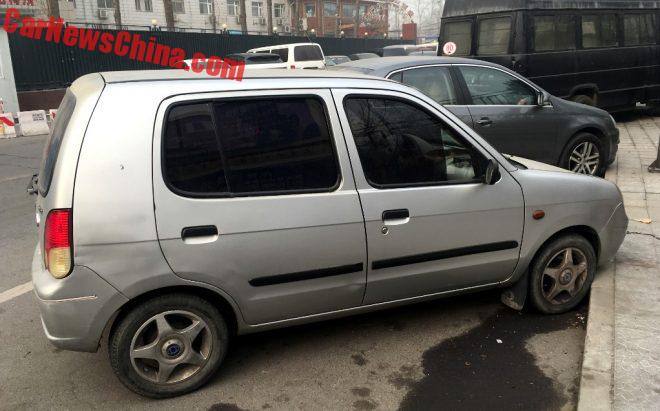 The Flyer arrived in 2001 and was loosely based on the platform of the Alto. This way of developing a car was very common in China in the 1990’s and early 00’s. Suzuki basically licensed the Alto to everyone who paid for it, while at the same time making the Alto in an official joint venture with Changan Auto.

What all these tiny Chinese car makers did with the platform exactly wasn’t a concern for the Japanese. And that indeed was a strategic blunder of the first order, because in 2004 Xi’an Qinchuan Automobile was bought from Norinco by a then unknown battery maker from Shenzhen called BYD. They eventually turned tiny Qinchuan into the giant BYD Auto of today.

In 2005 the Qinchuan Flyer was renamed BYD Flyer and continued all the way until 2008. 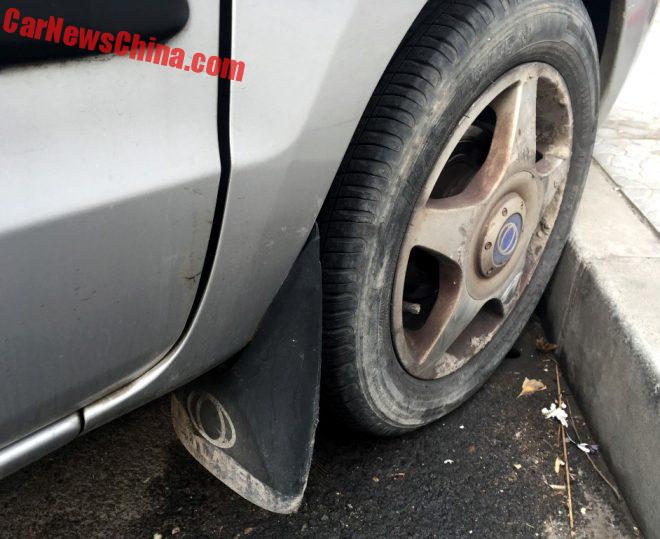 The Qinchuan logo on the mud flaps and wheels.

The Flyer was available with two engines sourced from Suzuki: a 0.8 liter 3-cylinder and a 1.05 liter four-cylinder. The 0.8 was the most common engine and it also powers our Q7081BD. It had an output of 40hp and 54nm, it was mated to a four-speed manual, sending horses to the front wheels.

The Flyer was very cheap, even for its day. The base model could be had for only 37.000 yuan! 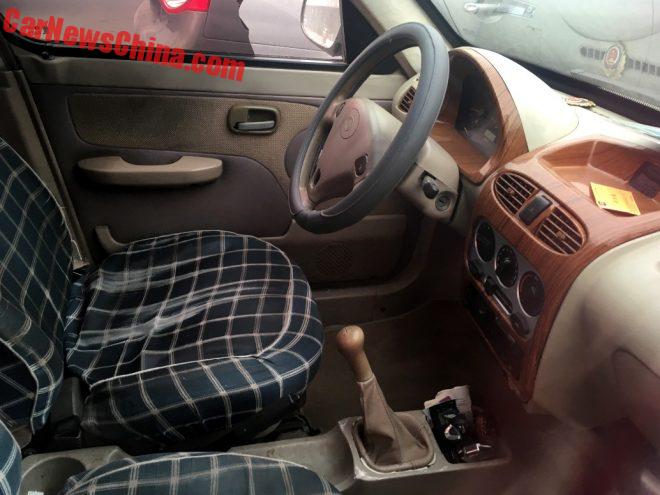 The interior was in a good shape. Plastic wood is typical for Chinese car in the early 00’s. Gear lever sticks out high into the cabin, tractor style. Seat covers and steering wheel cover are after market. Qinchuan logo on the wheel. 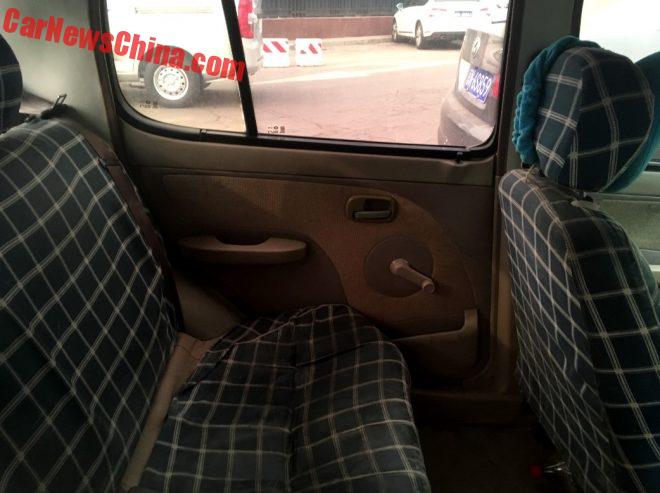 It isn’t big but there is still enough space for the legs and heads. 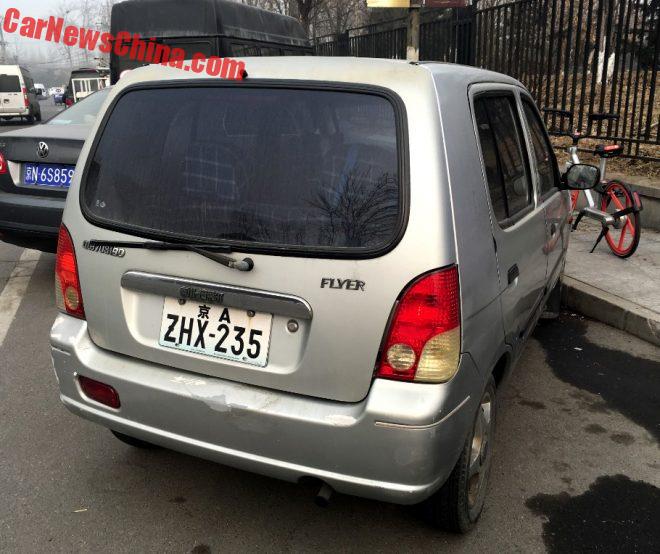 The white license plate is rare. White license plates for passenger cars were only issued in 2002 and 2003 in Beijing, Hangzhou, and Shenzhen. It was an experiment were citizens were allowed to come up with their own alphabetical/numerical combinations.

Chinese car makers had the good habit of printing the entire vehicle-designation on their cars, so this is really the QJC7081BD. 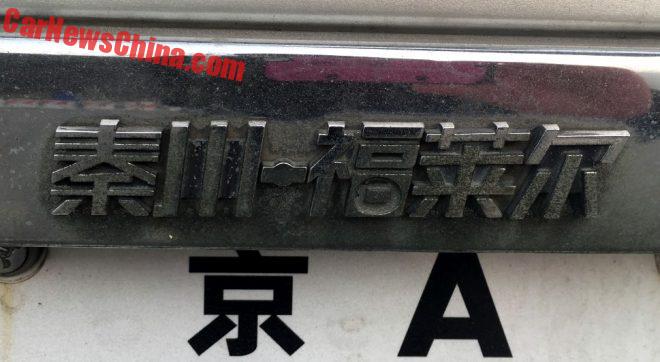 The characters write Qinchuan – Fulai’er. The latter part is a phonetic translation of Flyer. 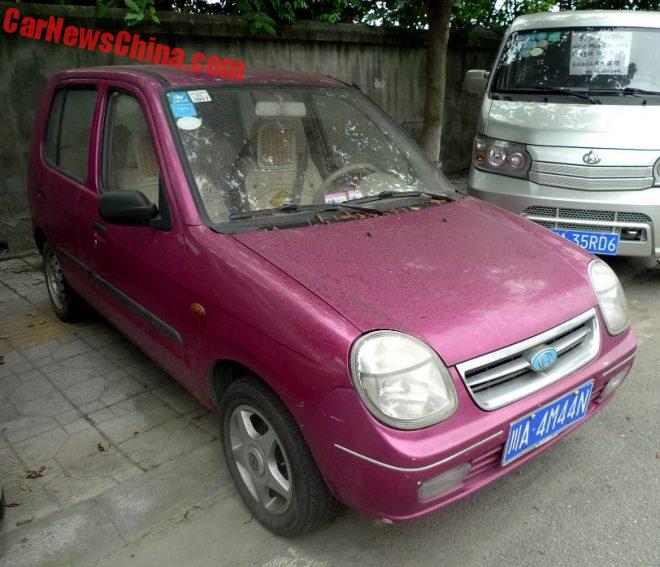 The very early Qinchuan Flyers didn’t have the fancy flying-lady badge yet. Instead they had a blue Qinchuan badge, as seen on thsi example I found in Chengdu. 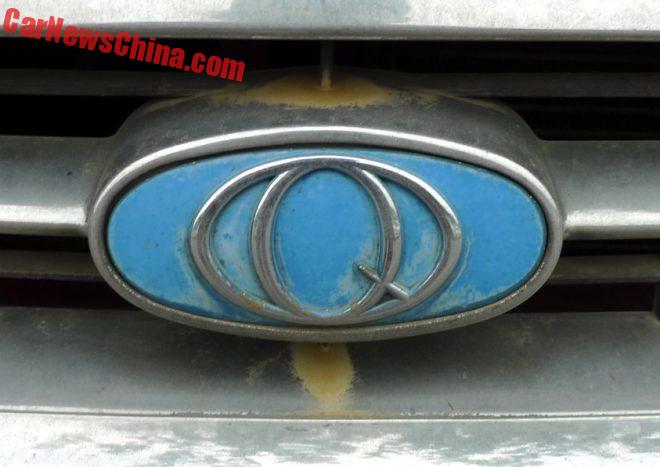 It is the same badge as found on the mud flaps, wheels, and steering wheel, with an added Q in the middle! 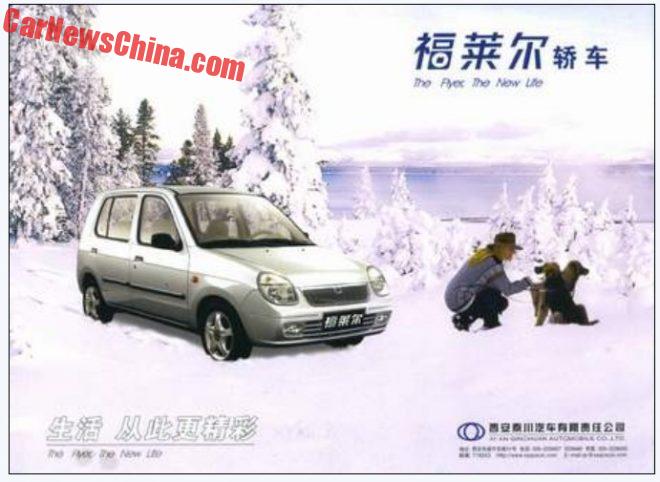 A scan of an original 2003 flyer for the Flyer. They even got a catchy English slogan: The Flyer The New Life.