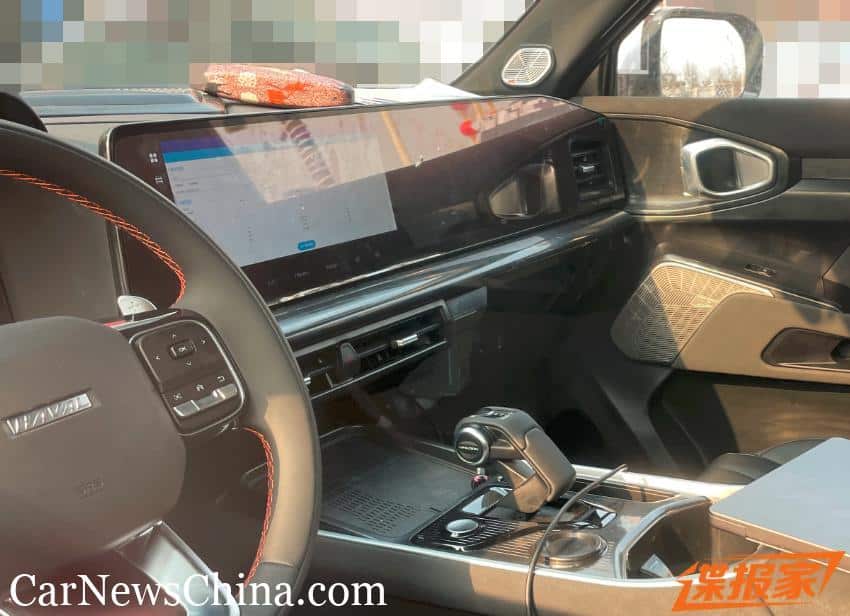 The new Great Wall baby from the Haval brand is called the Haval Cool Dog, and now we got the interior spy shots for the first time. Haval is into animal names now, just like ORA, but unlike WEY, which does coffee names.

Haval Cool Dog was previously known as a semi-concept car named X-Dog. Later the production version of this strange-looking SUV leaked from Chinese MIIT. Its appearance wasn’t very different than the X-Dog; only some details have changed.

But the interior is quite a different story. Firstly presented as a concept, Haval X-Dog had five screens. The screens were everywhere in this SUV, even on the wheel. It was clear that few of them would move to the production version. And the latest spy shots of the Cool Dog have proved it.

There will be two versions of the Cool Dog’s interior. First will be equipped with an ordinary floating touch screen and digital dashboard. But the second one has got a twin-screen with a horizontal orientation. Each of them has an approximately 12-inch display. So the passenger’s seat would also get its own touch screen.

Cool Dog’s interior also has a lot of exciting details. It has a few physical buttons, mainly on the steering wheel. In a center tunnel, there is plane style gear lever. The armrest area has cup holders, special storage for the mobile phone, and an engine start/stop button. Under the center tunnel, there is a roomy storage space with a USB port and a 12V power outlet.

The Haval Cool Dog will be launched on the Chinese car market in Q2 2022.