BAW S3 Is A New Electric Mini Car For China 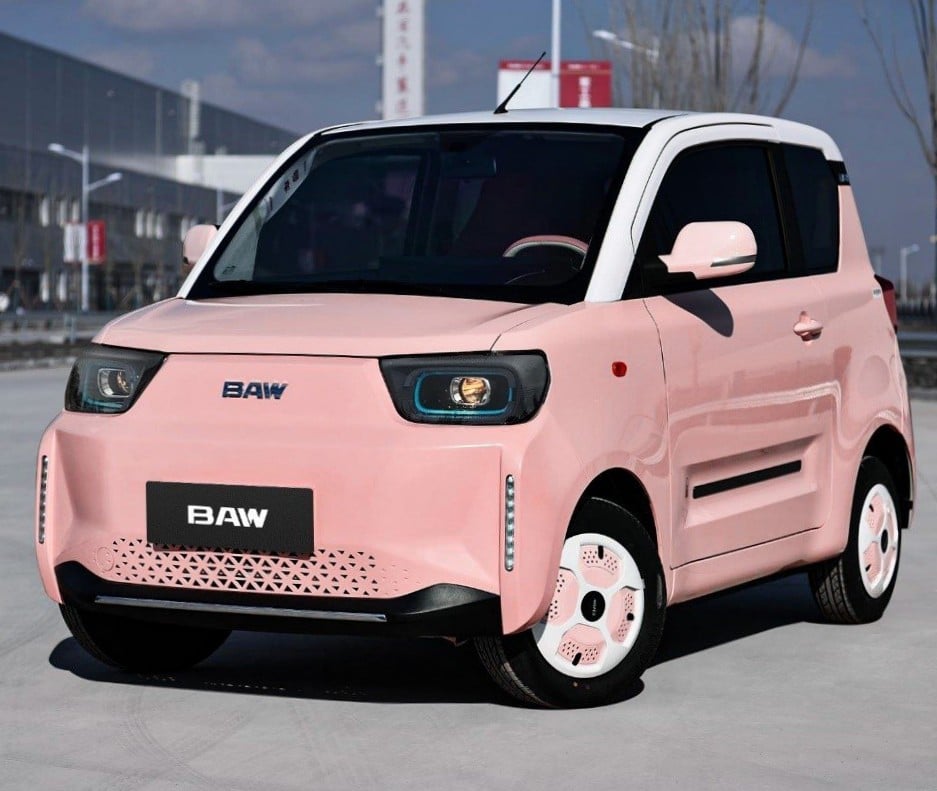 Earlier this year we showed you the first photos of the BAW S3 and S5 electric mini cars. Today we have new images and information about the production version of the S3. The BAW S3 is a three-door four-seat mini car, set to compete head to head with the super popular Wuling Hongguang MINI EV. Like many of these cars, the S3 is mainly aimed at women, hence to funky pink color scheme. Even the wheels are pink, and so are the mirrors and the steering wheel. The lights have a tiny touch of blue.

BAW, short for Beijing Auto Works, is now a stand-alone company and no longer part of the Beijing Auto Industry Corporation (BAIC). This allows BAW to stray away from just making old 4x4s and move into new territories. As a part of the separation deal, the company can no longer use the ‘Beijing’ brand name or the BJ designation. Instead, they use the BAW name (BAW used to be the company name, with Beijing the brand name). The Chinese name for BAW is 北汽制造 (Běiqì Zhìzào).

BAW’s best known product is the 212, formerly BJ212, a cool 4×4 utility that was born in the 1960’s and continues until today. Current engines are a 1.5 turbo and a 2.4 turbo, both petrol. It seems, however, that is end is near as BAW is working on a successor.

Compared to the 212, the S3 could not be more different. It is small, feminine, round, pink, and electric. The BAW badge on the nose looks cool though, much more modern than the old BAW logo which can be seen on the 212.

More BAW branding on the C-pillar. The two-tone design is nice, combining a pink body with a white roof and a totally black window section. Perhaps we should call it triple-tone.

The interior is way ahead of the Wuling, with a high-end twin 10.25 inch screen. One screen is for the instrument panel and the other one for the infotainment. The pink theme continues massively, with a pink steering wheel, a partially pink dashboard, pink door handles, and a pink center stack.

BAW says the S3 doubles as a WiFi hot spot and that it has a 360 degrees surround camera system, but I haven’t seen actual images of that system yet.

The old-school handbrake, in white, looks kind of excited in its pink surroundings. The pedals have + and -, easy to remember, and the + and – or of course painted in pink as well.

The only image of the rear we have so far, this one painted in blue. Other color options, besides pink, are orange and pastel green.

More manly in orange, but not as cool as pink.

Green is not manly and not cool. BAW calls this color ‘jade’.

Pink is the best, bringing so much light to the gray BAW factory area. The BAW S3 will launch on the Chinsese car market in July, selling for about 40.000 yuan (5.890 USD).

Via: Sina and BAW.