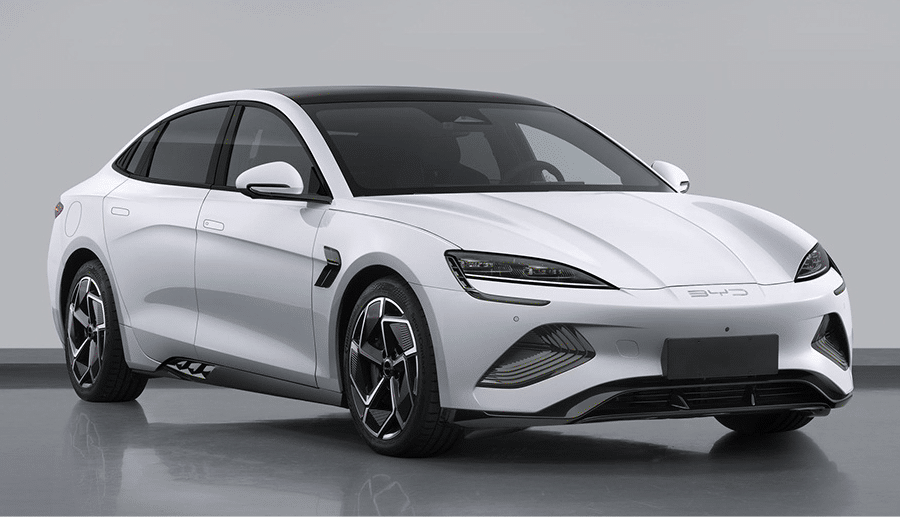 The funny thing is that BYD seemed not to expect that success. According to previous information, the Seal will be mass-manufactured at BYD’s Changzhou base. Its planned annual production capacity is 60,000 units (5,000 units monthly). But now it looks like the Seal has overcome all the expectations with 22,637 pre-sold vehicles in six hours.

Worth mentioning that BYD is one of the top-tier Chinese automakers, with more than 730,000 vehicles sold in 2021. Moreover, at the beginning of 2022, BYD announced it entirely switched to producing NEV. BYD also is a Chinese OEM and a huge car battery maker. In April 2021, it surpassed CATL to rank first with 4.19GWh of lithium iron phosphate batteries (LFP) installed on electric vehicles, accounting for 47.14% of the LFP market share. So it seems like BYD has found its success formula.

On May 20, BYD opened presales of the Seal electric sedan. The Seal’s dimensions are 4800/1875/1460 mm with a wheelbase of 2920 mm. It sits on BYD e-platform 3.0 and has various tech features onboard, like CTB (Cell to Body), iTAC (intelligent Torque Control System), etc. The Seal’s drag coefficient is extremely low, 0.219 Cd, due to the low hood line and aerodynamic shape.

For extensive information about the BYD Seal, check out our previous article about it: