BYD, ORA and Wey Presented Their Cars At The Paris Motor Show 2022 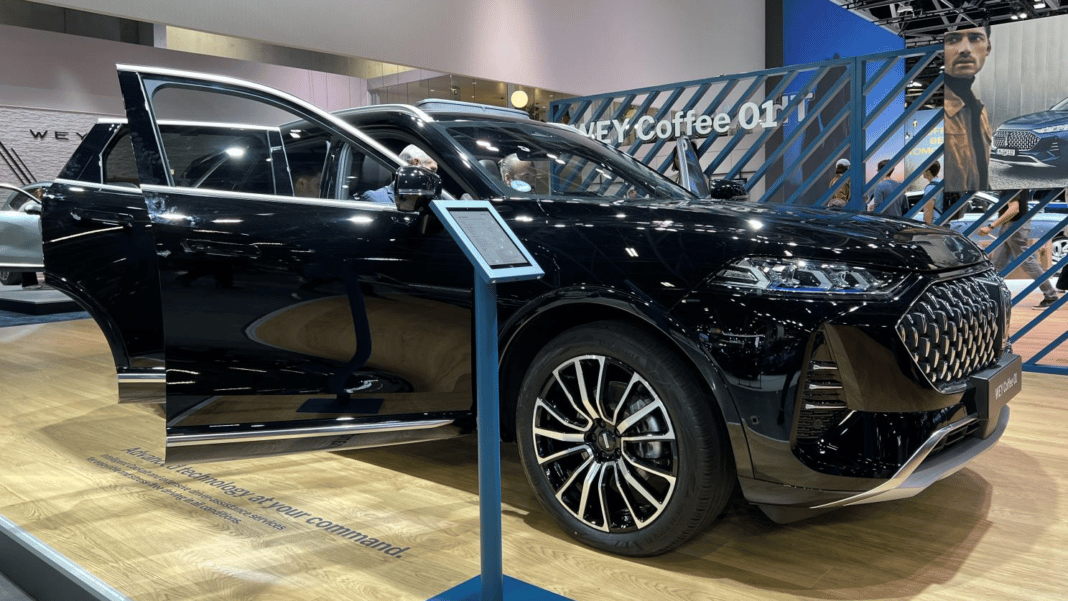 Paris Motor Show is one of the largest automobile exhibitions in the world. And now BYD, ORA and Wey presented their vehicles there. Deliveries of some of these cars will soon start in Europe. Let’s get acquainted with them.

BYD brought three new electric cars to the Motor Show at once. Two of them are sedans called Han and Seal, and one is the compact crossover called Atto 3 (Yuan Plus in China). There also was the BYD Tang EV, but it was launched in Norway in 2021. Let’s get to know them better. And we will crack on with the BYD’s key player in the overseas markets. Of course we are talking about the BYD Atto 3.

Recently, the BYD Atto 3 passed the Euro NCAP crash test and got five stars. In Europe, the price of this crossover is 38,000 EUR (37,370 USD). It will soon enter the markets of Norway, Denmark, Sweden, the Netherlands, Belgium, Germany, France, and the UK.

The second car we will talk about is the Han EV sedan. BYD presented its limited version called Qianshancui at the Paris Motor Show 2022. Its key features are a green exterior and interior. The presented car has two electric motors with a combined power output of 517 hp and 700 Nm. This power is good for zero-to-hundred acceleration in 3.9 seconds. As for the battery, its capacity is 84.5 kWh. The Han EV’s range reaches 610 km. As for the dimensions, they are 4995/1910/1495 mm with a wheelbase of 2920 mm. Its price for European markets is 72,000 EUR (70,810 USD).

The third BYD’s vehicle presented at the Motor Show is the Seal. It is the newest electric sedan from BYD. It has loads of new tech on board, including CTB (Cell-to-Body) and iTAC (Intelligent Torque Control System). The Seal’s dimensions are 4800/1875/1460 mm with a wheelbase of 2920 mm. In the top version, it is equipped with an 82.5 kWh battery and two electric motors for 530 horses. It accelerates to 100 km/h in 3.8 seconds and has a 650-km range.

The all electric brand under Great Wall called ORA presented two models at the Paris Motor Show. However, there was no standard version of the ORA Funky Cat (ORA Good Cat in China), which will soon enter the European market. Instead, ORA showed us the Funky Cat GT and the Lighting Cat.

Let’s start with the Funky Cat GT. In China, it is known as the Good Cat GT. Its dimensions are 4253/1848/1596 mm with a wheelbase of 2650 mm. It differs from the standard version by sporty bumpers, a rear spoiler and a 171-hp electric motor. Two optional batteries are available for the Funky Cat GT with a capacity of 49 kWh and 63 kWh, which are enough for 401-480 km of range. The interior of the Funky Cat GT also matched the Chinese version. Worth mentioning that soon Ora will enter the UK market with the only model so far – the Funky Cat. Its price tag is 31,995 GBP (36,000 USD).

The second ORA model is the Lighting Cat, which is often accused of plagiarizing the Porsche Panamera. Ora hasn’t announced its name for Europe yet. Instead, it modestly called it ‘The Next Ora Cat’. Its appearance stays in line with the Chinese version. As for the dimensions, they are 4871/1862/1500 mm with a wheelbase of 2870 mm. Its combined power output is 300 kW (408 hp). Its range reaches 705 km, thanks to an 83.5 kWh battery. Lighting Cat will enter the Chinese market on October 27.

In addition to the Coffee 01, Great Wall presented its ‘little brother’ – the Coffee 02. This is the European version of the Wey Latte crossover. The dimensions of the Coffee 02 are 4668/ 1890/1730 mm with a wheelbase of 2745 mm. In China, it is equipped with a 1.5-liter internal combustion engine and one or two electric motors. The output of the system is 326-427 hp. Whether the powertrain for the European market will be revised is still unknown. European enthusiasts will be able to purchase the Coffee 02 in the first quarter of 2023.