5 Things You Wanted to Know About Nio’s BaaS in the EU, But Were Afraid to Ask 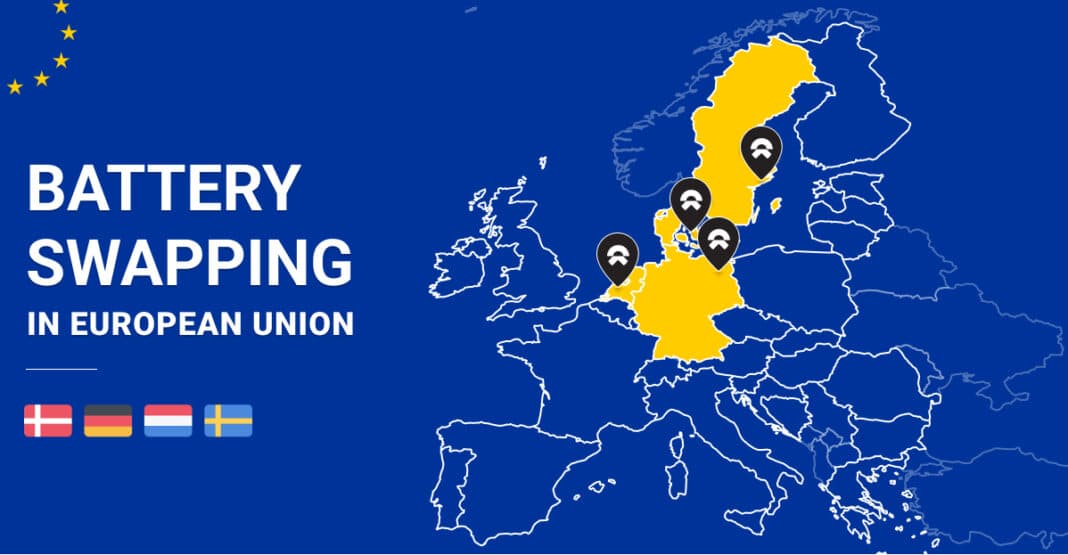 Nio recently revealed prices for its European lineup (ET7 sedan, EL7 (ES7) SUV, and ET5 mid-size sedan), the batteries, and the subscription battery-as-a-service (BaaS) model. Let’s look at how the BaaS works, as some policies might be surprising.

So here are the main things you should know when thinking about purchasing Nio.

1. You can’t use a battery swap with a purchased battery.

Or in the official language from Nio: “Battery swaps are possible only with a rental battery under the BaaS agreement, and purchased batteries can not use the battery swap functionality.”

This makes sense for the company because many people would swap their old batteries and hope they get new and crispy ones in exchange. This might be a disappointment, especially since it is possible in China. You even get four free swaps/month when you purchase a battery. Chinese-based car reviewer Will Sundin explains, “Since you have four free swaps, most people hold their new battery for a year, not wanting to swap, but at some point, during the second year, they just realize they don’t care anymore, and swap it out.”

2. You can cancel your BaaS subscription anytime.

This sounds good, especially since, in China, you sign a contract that lasts through the whole lifetime of the car. If you sell the vehicle, you need to do it through Nio’s official channel so you can also transfer the BaaS contract. However, if you look at the second point…

3. You can’t switch from BaaS to buying the battery

So the main question is, will it still be possible to cancel BaaS anytime and switch to buying the battery when the details are finalized?

4. You also can’t switch the purchased battery into BaaS

“The question has come up, and we believe our management is debating on how this could work in practice, as this would mean we would have to evaluate the state of a customer battery on its health and set a purchase value. No decision has been made yet on whether this will be possible at some point.”

5. Prices of battery swap were not yet announced

The monthly subscription fee doesn’t mean you can use Power Swap Station (PSS) for free. It gives you a few free swaps, but you must pay the rest. We know that the swap price consists of two elements – the fixed price for the exchange itself (service fee) and the cost of the energy needed to charge the battery (it will most probably depend on the energy prices). Until March 31, 2023, the swapping is free.

In China, the price depends on whether you use Gen 1 or Gen 2 swap station and also on the location of the station. Generally, we can say that a swap of 75 kWh battery costs about 120 RMB (16 EUR). Here you can see an example of the bill.

The EL7 SUV will start deliveries in January 2023, the ET7 sedan in February 2023, and ET5 in March 2023 in all four countries. We are looking for more details about the BaaS set up in Europe, as it seems the policy is not yet fully finalized.