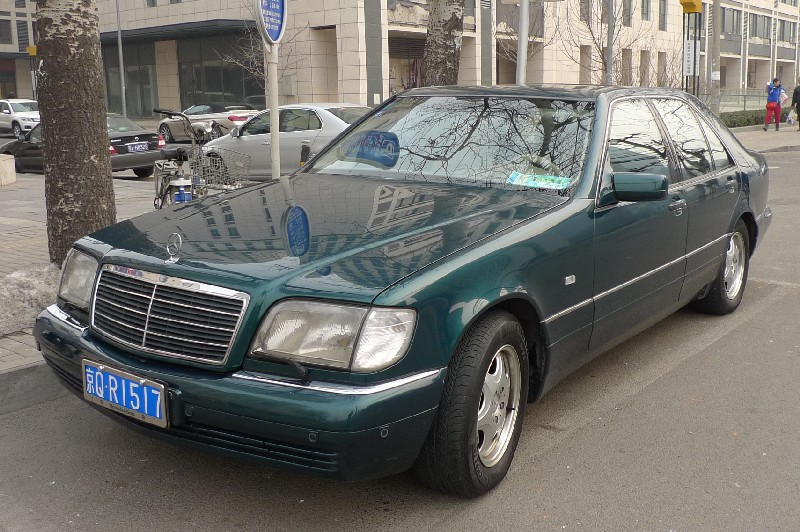 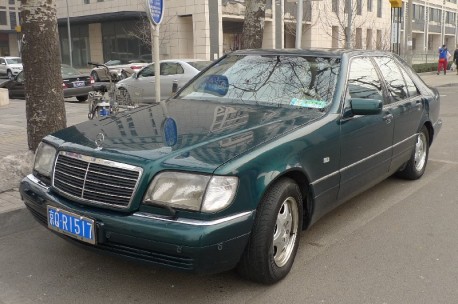 An extremely clean & green W140 Mercedes-Benz S280, seen near the Sanlitun beer district in Beijing. The vehicle seemed to be in near-perfect shape with bright paint, shiny chrome, and all parts intact. Green is a very rare color for the W140, especially in China, where most come in black. 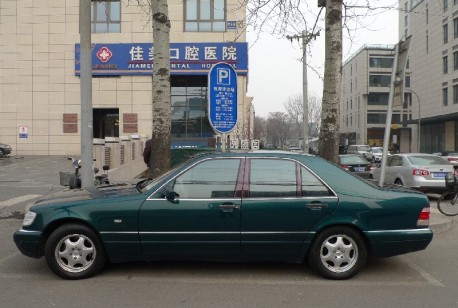 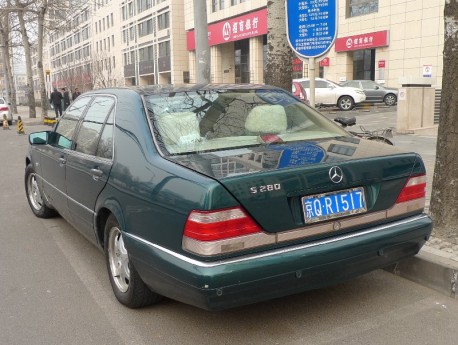 When I was taking the pictures a met the owner of the vehicle, a kinda hip man of about 40 years old. He wasn’t very friendly at first, asking me rather rudely what the foek I was doing. I calmly explained that I liked his car a lot and such and such.

He was silent for a sec and then asked me whether I was interested in buying it  for 60.000 yuan (9.640 USD). That didn’t sound like too much for such a clean example so I gave him my card, he didn’t give me his card, and asked him to mail me some more details on the car. Sadly, he didn’t. 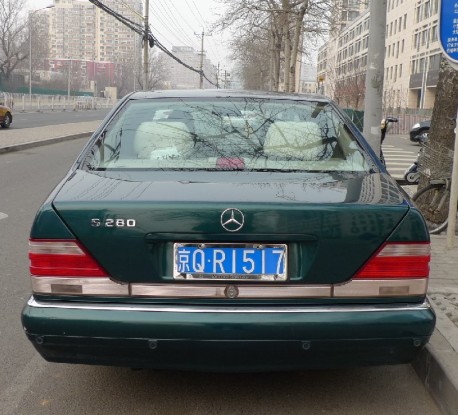 So now I am looking all over the streets every day, hoping to see it again…