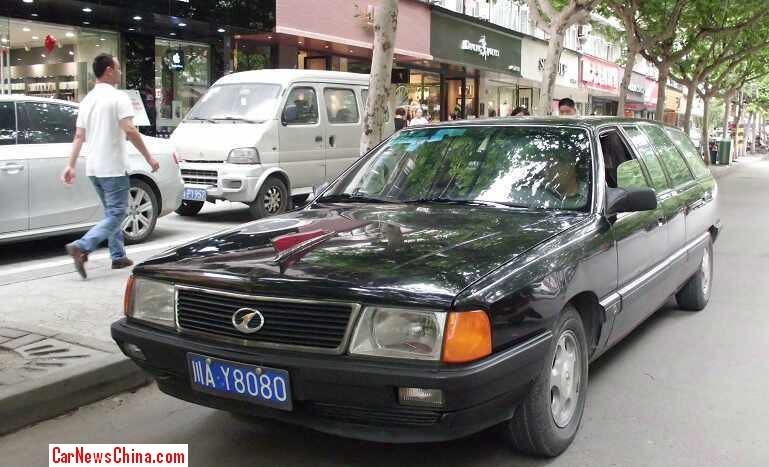 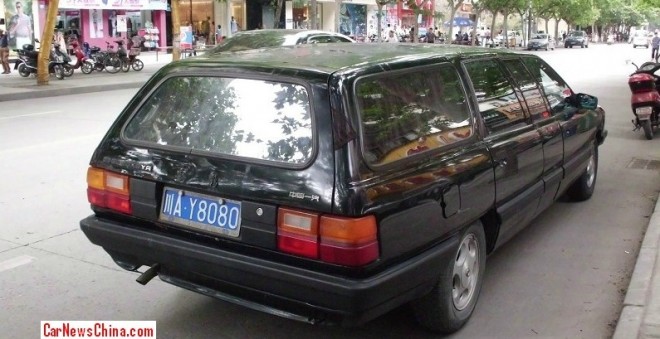 In 1988 First Auto Works (FAW) and Audi agreed to a joint venture to make the Audi 100 and Audi 200 in China. FAW is also the owner of the Hongqi (Red Flag) brand. Under the agreement FAW was entitled to use the Audi 100/200 platform for a series of Hongqi-branded cars.

The joint-venture still exist today, now part of the larger FAW-Volkswagen joint venture. Hongqi is still very much alive as well, making the Toyota-based Hongqi H7 and working on a giant mad retro sled that has to become China’s answer to Bentley and Rolls-Royce. 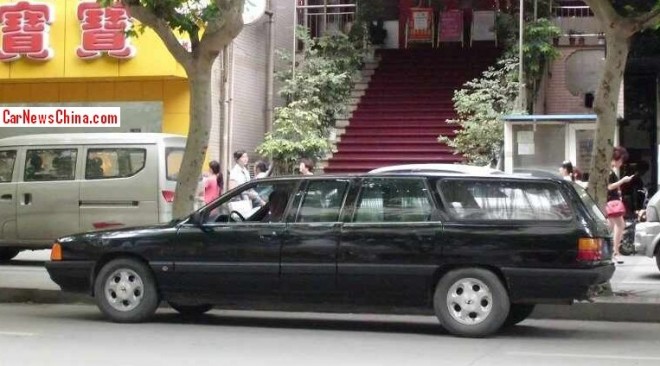 The CA 5020 XBYA was arrived in 1996, designed and developed by FAW. Various variants were manufactured. This particular black vehicle is likely a hearse, and there were also police and ambulance versions available. How many were made is as always with Hongqi very misty, but the total number won’t be much higher than a hundred. 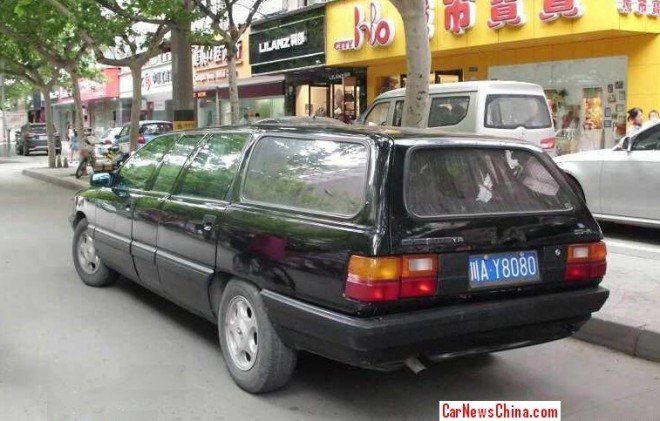 Length was about 5.3 meter. The vehicles were basically completely hand-made on special order, so they are all unique in their own way. The same goes for the engines. Hongqi used Audi 4-cylinders, Audi  5-cylinders, Audi 6-cylinders, and the Chrysler CA488 4-cylinder to power its Audi-based cars. The CA 5020 XBYA is most likely powered by an Audi 5. 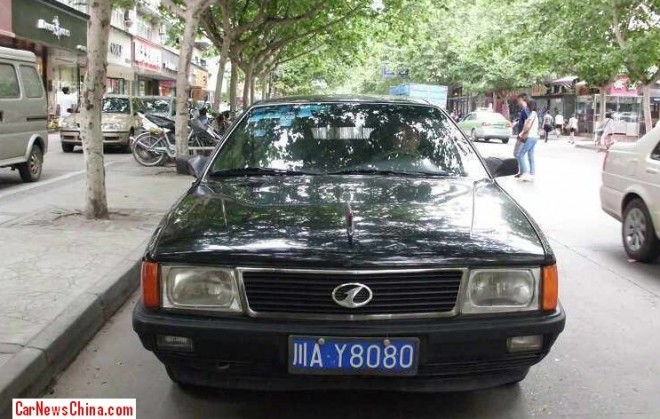 Very special license plate here, the 8 being a lucky number in China. Well, anyone who drives a Hongqi CA 5020 XBYA stretched wagon is a lucky man indeed.

Thanks to the great book ‘HONGQI, the history of a Chinese limousine‘ for helping me to identify this great Chinese car.