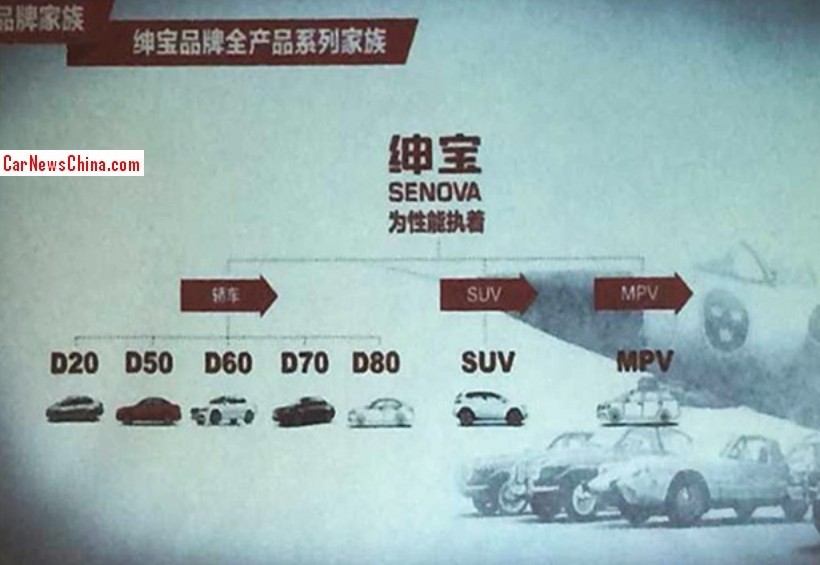 Now for the cars:

The ‘MPV’ is the only real surprise of the lot as we don’t know anything about it yet. It is scheduled for launch in 2016 but that platform is a mystery. The other cars: the D60 and D70 are surely Saab-based, the D50 and the SUV are possibly partly Saab-based, and the D20 is based on the old Smart ForFour.

Messy platform strategy might prove costly for supply and repairs, but the plans are exciting nonetheless. Furthermore, the D70 is selling very well and the D50 seems off to a good start. Beijing Auto might finally be on to something good.