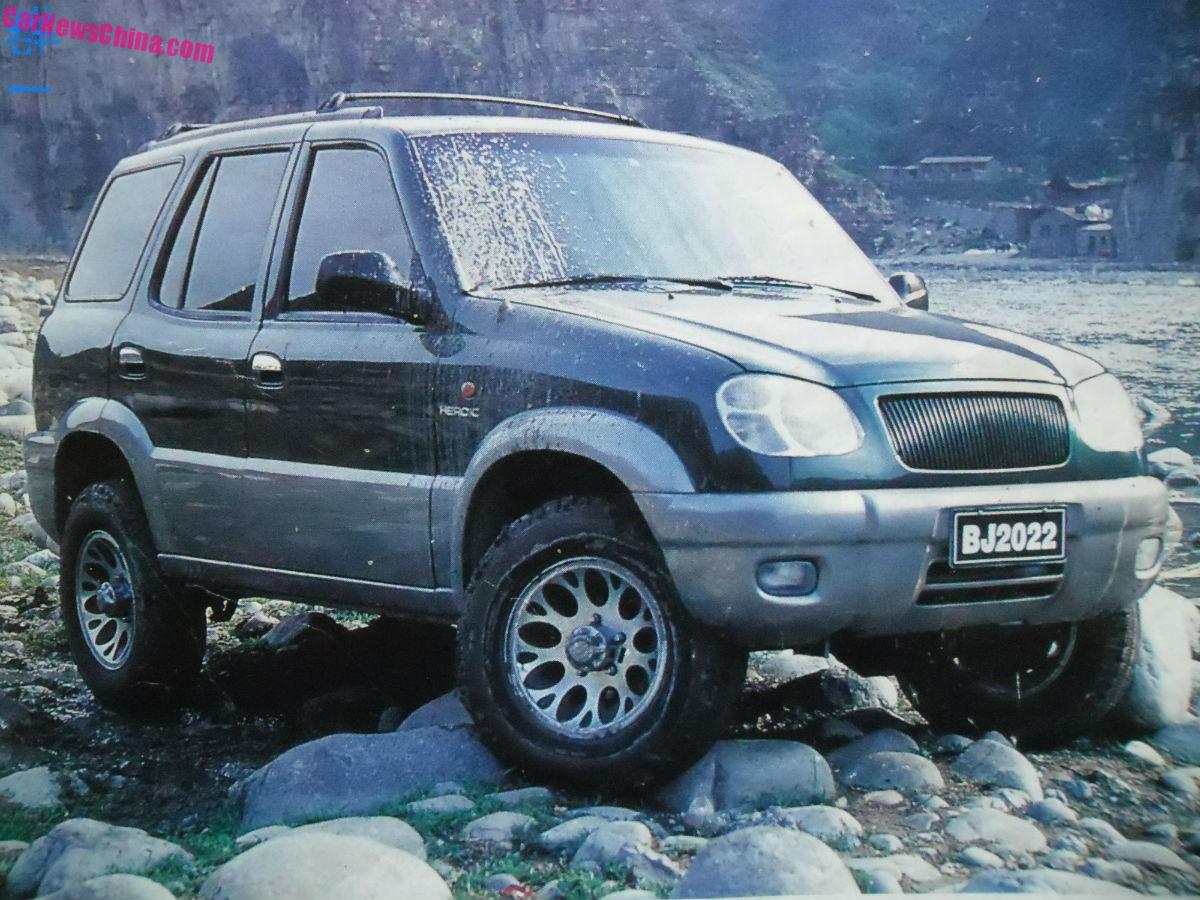 This is my very own Beijing-Jeep Cherokee. A 1998 model with the 2.5 liter four under the bonnet. The 4.0 six-in line was available as well.

Production of the Cherokee XJ in China started in 1984, when Jeep was still a brand of the American Motors Corporation (AMC), and continued all the way until 2009 when Chrysler pulled out of the joint venture after the company filed for bankruptcy.

After 2009 BAIC continued building the Cherokee on its own under the Beijing Auto Works (BAW) brand, where it is called the BAW Knight S12. BAW is a subsidiary of BAIC, focused on utilitarian 4×4’s and SUV’s. 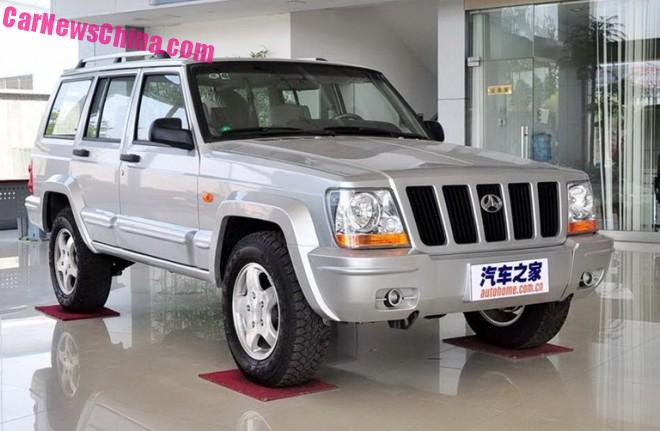 The all new Jeep Cherokee was launched in China in early 2014. Local production will start later this year at the new Guangzhou-Fiat joint venture, which means that Chinese car buyers thus can choose between new Cherokee XJ and a new Cherokee. 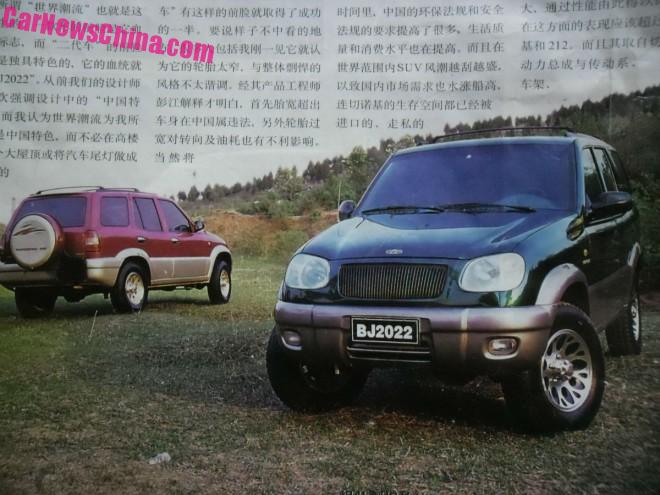 Back now to the BJ2022 Heroic! The negotiations between BAIC and Chrysler Corporation about adding a hipper model to the joint-venture’s line-up started all the way back in 1992.The vehicle was intended to be a more modern and youthful vehicle, to be manufactured alongside the Cherokee and marketed to a younger audience, selling for slightly less cash. Price target was 100.000 yuan, which would have been about 30.000 yuan cheaper than the base Cherokee.

Development started in 1996 and a first prototype was completed in 1998. At least two more prototypes were built between 1998 and 2000. 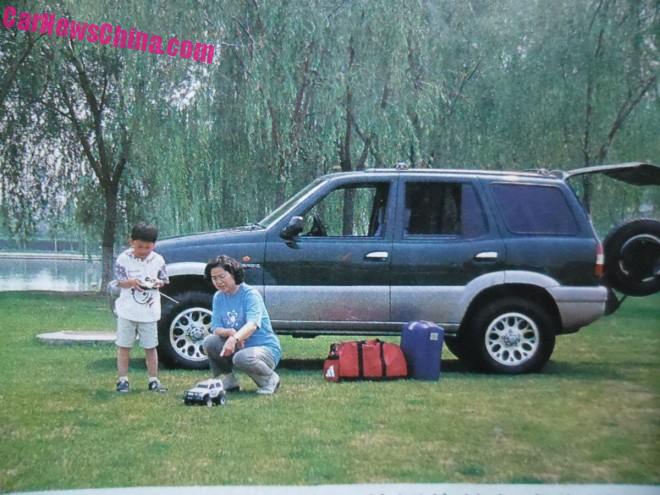 A promo picture showing a blue prototype in a park.

The BJ2022 Heroic was powered by the Jeep 2.5 liter four-cylinder petrol engine, which was designated C498QA1 in China and manufactured by the Beijing-Jeep joint venture. The engine had an output of 105hp (78kw) and 210nm.  Transmission was a five-speed manual, sending power to all four wheels. Top speed was claimed to be 140 kilometer per hour and fuel consumption 9.5 liter per 100 kilometer, numbers that were identical to the 1998 Cherokee (mine has 78kw as well). 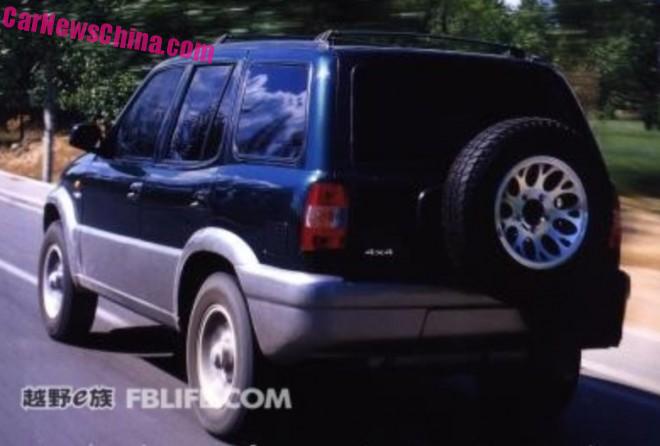 Because the Heroic was based on the exiting Cherokee the prototypes were fully functional. 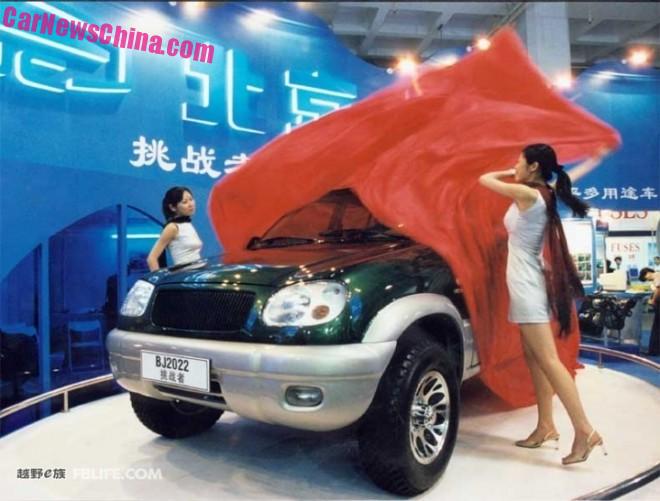 After four years of hard work the BJ2022 Heroic was finally unveiled on the 2000 Beijing Auto Show, accompanied by two pretty girls in white. Design was a mixture of Japanese and American influences, and certainly looking trendy enough for the then-emerging Chinese car market. 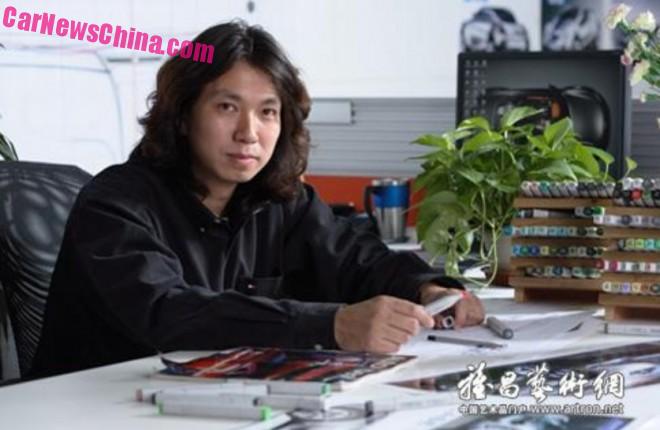 Designer was a certain Chen Qun, born in 1972 and schooled at the School of Industrial Design at the Jilin University in northeast Jilin Province. On pic a serious Chen seen in 2010. 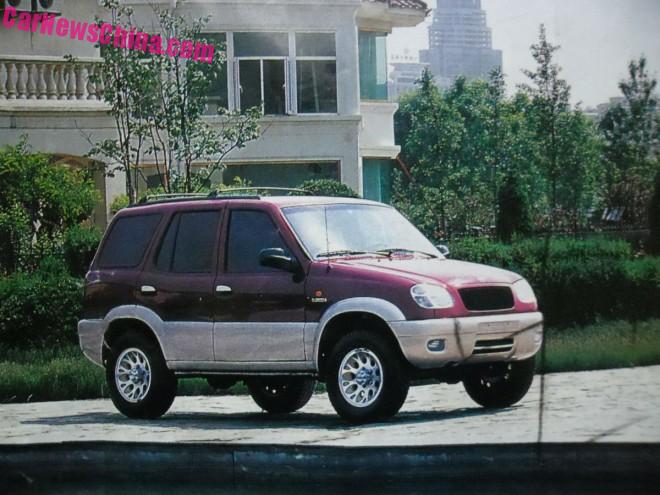 Reactions to the Heroic were largely positive and the joint venture really wanted to build it. The Chinese side was especially eager for the extra cash that could be earned, but they were also genuinely proud about the ‘Chinese design’ of the vehicle. 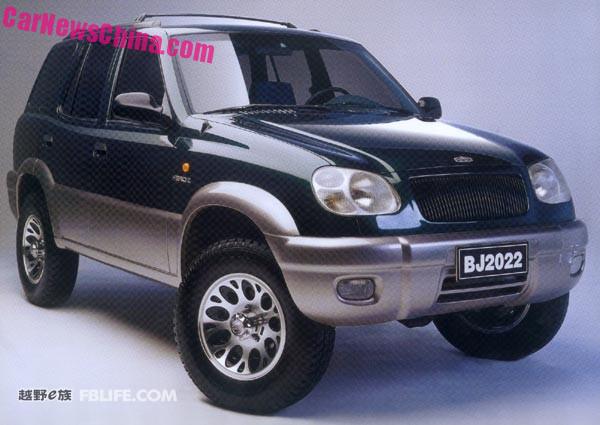 A business case was made with a target of an annual production of 30.000 cars for a six-year period, priced at 100.000 yuan for the base car and 120.000 yuan for the tops-spec version. An even cheaper 80.000 yuan variant was considered as well but eventually left out of the plan. The total investment needed to set up production was calculated to be 200 million USD.

The problem was that BAIC didn’t have any money, so basically they whole investment had to come from Chrysler. BAIC didn’t feel bad about asking because, or so they said, Chrysler was supposed to pay.

This idea was based about the way automotive joint ventures in Chinese were set up. The ownership was usually 50/50, with the Chinese side bringing in the land and buildings for the factory and the workforce, and the foreign partner the tooling for production and most importantly the actual vehicles that the joint venture was going to make, including the R&D and intellectual property.

The Beijing-Jeep joint venture worked the same way, with AMC/Chrysler bringing in the tools for production and the Cherokee XJ package. For the BJ2022 Heroic however things were very different, according to BAIC; the vehicle was designed in China, and Chrysler had thus no IP rights on it.

A BAIC team went to the U.S. in 2001, and suggested that as the design was all-done in China, Chrysler would have to fund the entire 200 million needed to start production in exchange for the normal 50% of ownership and returns. Needless to say, Chrysler didn’t go for the deal, and after some more negotiating the BJ2022 Heroic was sadly and badly killed.

A missed opportunity? Yes, most likely. Let’s say it would have taken another two years to get the Heroic into production. In 2002 the Chinese car market was just beginning to boom, with many young first-car buyers entering the market which at that moment was pretty empty when it came to new cars.

A few years later BAIC hit out on its own by developing the BAW Leichi in 2003, a rather daring vehicle based again on the Cherokee XJ. How BAW got the platforms is a bit misty, with some sources saying they paid the joint venture for the platforms, and other sources saying the just took the platforms in a typical Chinese power play. Chrysler likely didn’t care too much because the Leichi sold very poorly. 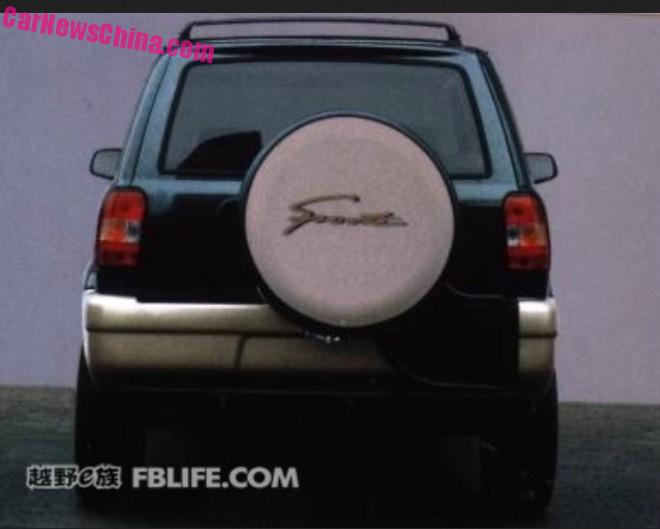 A studio photo of the blue car. ‘Sports’ she says. 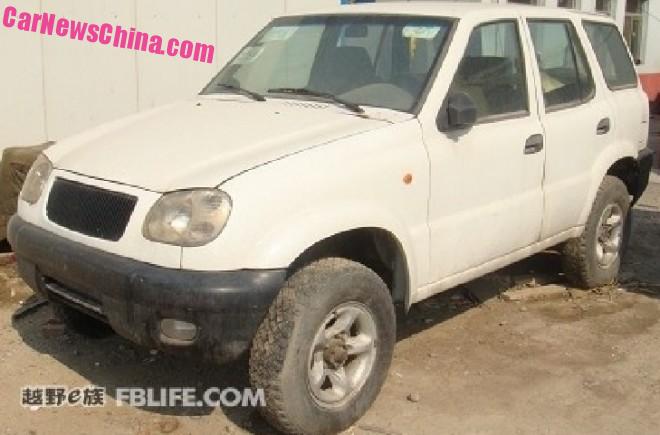 The third prototype known to exist, a very basic white example, likely used for road tests. The current whereabouts of the prototypes are unknown, but they are likely gathering dust in some BAIC basement or parking lot, the sorry way so many of their great ideas find their end. 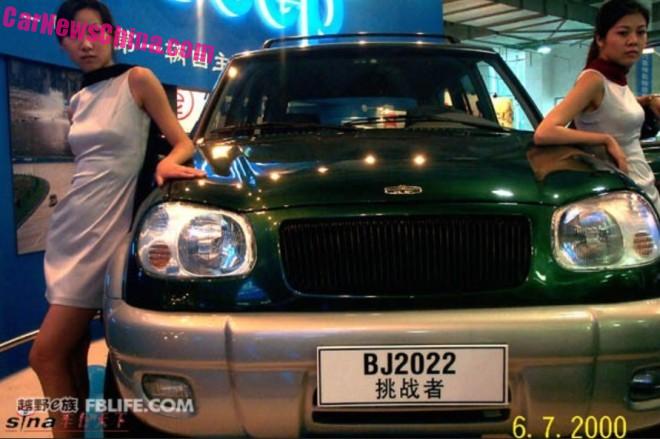 One more with the girls.